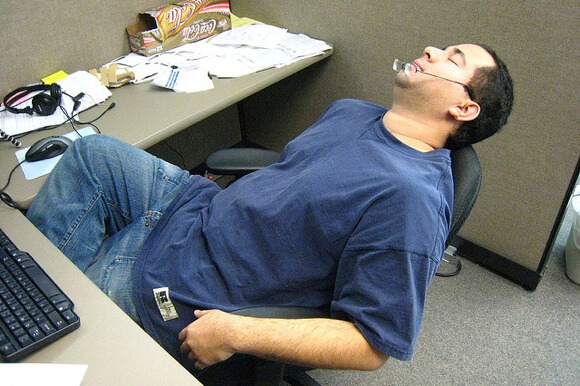 How much does your mind wander when it’s supposed to be focused on an important task? You probably don’t need a scientific study to tell you the answer. But just in case, it’s a lot—some 20 to 40 percent of the time. Fear not. Researchers are working on a program that notices when you zone out and gets you to refocus.

Eye- and face-tracking systems are already finding their way into commercial applications in retail and advertising. But in this case, instead of measuring which part of the page interests consumers or how they react to a video, the software looks for signs of disinterest—signs that may indicate you’ve lost focus.

To do this, the software gathers clues from the general pattern of eye movement, like for example, how quickly (or slowly) the eyes move from one word to the next. If the data indicate a lapse in concentration, the program alerts the user and indicates problem sections in the text. Eventually, it might even offer an alternative strategy to learn the content—say a quick video tutorial or infographic.

We all learn a little differently, and of course, attention spans vary widely. It’s not uncommon to diagnose students who fall outside educational norms with various attention disorders and prescribe drugs to improve focus and help them through school. Digitally driven adaptive learning may prove a useful companion.

And there are other digital options for increasing concentration.

Focus@will, for example, is a web application that tailors music and ambient sounds to the brain’s regular cycles of concentration (I’m using it right now). The app manipulates variables including musical key, intensity, arrangement, speed, emotional values, and recording style (among others) to optimize the brain’s focus throughout study.

Of course, as much as we’d all like to focus more, occasionally zoning out serves a purpose too. After filling our brain with new information, it sometimes needs a break to creatively synthesize it all.

Such a break might take the form of a long walk or some other “mindless” activity. Sometimes it’s in these unguarded moments—in the shower, on the subway, in the woods, or maybe even zoning out in the middle of a paper or book—that breakthroughs seem to magically resolve themselves in our mind’s eye.

Beyond improving focus, however, such systems might also be used to gather data about our reading habits in general, kind of like FitBit for how we’re consuming information. We might track our average reading speed or how often our attention wanders and use the data to inform new behaviors and measure progress. Or content creators might spot and correct problematic text.

And of course, tracking concentration isn’t only useful for learning new information. Lapses in focus can have catastrophic consequences in other activities like driving or piloting an aircraft. In the future, systems tracking eye movements might alert drivers to pull to the side of the road or pilots to hand over the controls.

Increasingly, the sensors and cameras on our devices aren’t just passively capturing the scenes in front of them—informed by intelligent software, they’re drawing conclusions from what they see and may help us become safer and more effective.