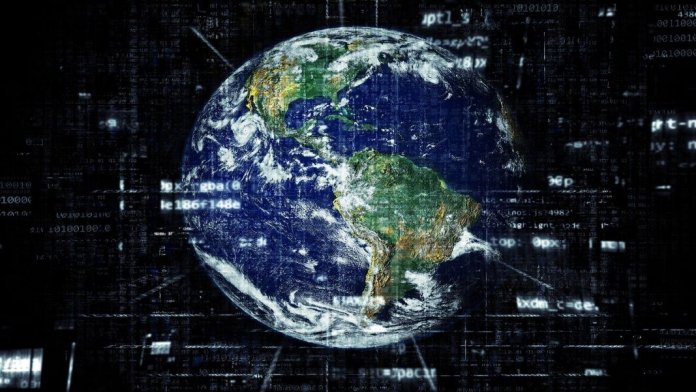 Satellites are doing all kinds of amazing new things lately, from beaming high-speed internet to remote areas to capturing high-resolution images through clouds to taking 24 million images of every part of the Earth to show how it’s changed over the last 37 years.

Yes, that’s right: 24 million images taken over 37 years, all put together for your viewing pleasure. That’s part of the update Google Earth released last week to a program called Timelapse. True to its name, the feature is essentially a timelapse video of the whole planet, compiled over the course of almost four decades and requiring some pretty impressive technology.

Timelapse first launched in 2D for Google Earth Engine in 2013, and has been updated every few years since then, with the last major update before this one occurring in 2016. The newest version is now part of the Google Earth app and offers the option to view any spot on Earth in 3D, as well as 800 videos of areas all over the world that are free to download.

In Google’s blog post announcing the update, Rebecca Moore, director of Google Earth, writes that creating the new feature “took more than two million processing hours across thousands of machines in Google Cloud to compile 20 petabytes of satellite imagery into a single 4.4 terapixel-sized video mosaic.” That’s the equivalent, she adds, of 530,000 videos in 4K resolution.

The view is high-level; I was hoping to zoom in on the block where I grew up and see it transform from empty fields to a suburban neighborhood, but couldn’t get nearly close enough. I was, however, able to see a city in central Mexico go from a condensed urban area surrounded by arid hills to a textbook example of suburban sprawl—those same hills went from brown and green to white and gray as more and more concrete buildings went up, intersected by paved streets where before there had been none.

Indeed, this exact scenario is the case in countless cities, large and small, all over the world; nature is pushed aside and paved over to make way for humanity and its endeavors. Consider how much the global population grew from 1980 to 2020: according to the UN Population Division, 4.46 billion humans inhabited the planet in 1980. Forty years later, in 2020, that number had ballooned to 7.79 billion.

Some of the most striking transformations of this sort are in China; try zooming in on Beijing, Shanghai, Nanjing, or any other city in the country that cut extreme poverty from 88 percent to 2 percent in 30 years (the 30-year window aligns almost perfectly with the period available on Timelapse, incidentally). Or take Dubai, where a bustling, glittering city seems to spring up out of the sand in what was a barren desert.

It’s not just population growth that has a visible impact, but growth of a global middle class that requires material goods like microwaves, cars, air conditioners, and cell phones—all of which need to be manufactured in large-scale facilities and involve extraction of resources from the Earth. And that’s not even getting into humanity’s supply and production of food.

Perhaps the most important change Timelapse shows is how the planet has evolved—or devolved—alongside all this human activity and consumption. One of the more drastic images is of the Aral Sea in Kazakhstan. Once the fourth-largest freshwater lake in the world, the sea started to shrink when its water was used for irrigation of cotton fields in the former Soviet Union, and is now one tenth of its original size.

Unfortunately, the Aral Sea isn’t alone; some rivers have narrowed or dried up, forests have been reduced to a fraction of their former size, and glaciers are melting at an unnerving rate. It’s one thing to vaguely know this has all been taking place, but another to see it laid out, year by year, right in front of you. It’s undeniably sobering, and sort of makes you feel like humans are ruining the world.

But here’s the cool flip side: though humans are negligent enough to cause great harm to the planet, we’re also brilliant enough to invent satellites and cameras and computers, and use them to make a giant timelapse video of the whole world. I mean…

“Timelapse in Google Earth is about zooming out to assess the health and well-being of our only home, and is a tool that can educate and inspire action,” Moore’s blog post says.

Google Earth Timelapse will be updated annually for the next decade, so that we can continue to keep up with the way our world is changing and take action to preserve it.

Banner Image Credit: Thank you for stopping by from Pixabay