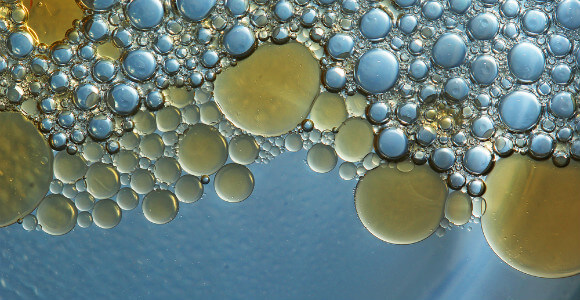 In a new book, The Beginning and the End: The Meaning of Life in Cosmological Perspective, by philosopher Clement Vidal (@clemvidal), the two main trends of the universe – the trends of rising disorder and complexity – are explored. As a result, his investigation takes us to the most extreme conditions possible in our universe.

We have been familiar with the rising trend of disorder for well over a century. Informed from studies of thermodynamics in the 19th century, our species came to the realization that our universe – currently filled with ordered and organizing phenomena like galaxies, stars, planets, and life – seems destined to fall apart. And in a cosmological context, there is little we can do about it.

Our current cosmological era, which will last from 1 million After Bang (A.B.) to 100 trillion A.B., has been called the Stelliferous (or “star era”).  After the Stelliferous the universe will steadily degrade, losing all of its potential energy, and hence, lose all of its structure.  Eventually, all of the galaxies, stars, and planets, will degrade and disperse, giving way to the Degenerate, Black Hole, and Dark Eras towards the end of our universe.  In the Dark Era, the universe will reach thermodynamic equilibrium, meaning that there will be no difference… just darkness, forever.

Such a future narrative, although in line with current data and theory, presents humans with profound psychological challenges. How can we, a species that embeds our entire existence with purpose and meaning, come to terms with this ultimate fate of the universe? Can we come to terms with a universe that, as technologist Kevin Kelly stated, is destined to become a “hell of uniformity”?

Many have struggled with the universe’s ultimate fate in the past. The great 20th century philosopher Bertrand Russell famously lamented in A Free Man’s Worship (1903):

All the labours of the ages, all the devotion, all the inspiration, all the noonday brightness of human genius, are destined to extinction… The whole temple of Man’s achievement must inevitably be buried beneath the debris of a universe in ruins.

A universe in ruins… it is hard not to adopt a type of hopeless nihilism when confronting such inevitabilities.  And indeed, Russell’s pessimism about the future of humanity and the universe is just as relevant today as it was at the dawn of the 20th century.  Who knew that learning of thermodynamics would also reveal our inevitable doom?

However, another great thinker, the naturalist Charles Darwin, offered us a hope. After writing his masterwork on human evolution, The Descent of Man (1871), he speculated about the human future, given what he saw in the overarching trends stemming from the mechanism of evolution by natural selection:

Man may be excused for feeling some pride at having risen, though not through his own exertions, to the very summit of the organic scale; and the fact of his having thus risen, instead of having been aboriginally placed there, may give him hope for a still higher destiny in the distant future.

Darwin gave humans license to dream. And in Vidal’s new book, he takes Darwin up on the challenge, and dares to extrapolate the second trend Big Historians and cosmic evolutionary theorists see: the trend of rising complexity.

The trend of rising complexity has been known for about as long as the trend of rising disorder, but it has not received nearly the same amount of attention, or serious academic inquiry. The universe, over its long 13.8 billion year existence, has managed to produce atoms, molecules, cells, multicellular organisms, and societies of organisms.  The complexity of organization continues to rise, seemingly in defiance of disorder and decay.

Analyzing human society in this cosmic context is of particular interest to complexity theorists.  On the scale of cosmic evolution, humanity appears to be on the threshold of yet another major complexity transition: a transition towards becoming a planetary superorganism equipped with a global metabolism and nervous system. What will humans become over deep time?  Are there complexity limits?  What will our organization ultimately become?  Darwin wondered, but never speculated further. Vidal boldly attempts to take us to the very end of what he sees in the rising complexity of the universe.

On this journey into the future, Vidal makes well-reasoned and scientifically grounded philosophical speculations. These speculations stimulate the mind, open up new scientific frontiers for human inquiry, and dare us to find an optimistic cosmic morality and vision, in a universe drifting towards complete darkness. Is it possible for complexity to win the day?  And if not, how can we reconcile our existence with the death of the universe itself?

The Beginning and the End: The Meaning of Life in a Cosmological Perspective is available now. And if you want to learn more you can watch him explore the main points of the book here, and watch the book trailer here.

This post first appeared at Cadell’s blog, The Advanced Apes.