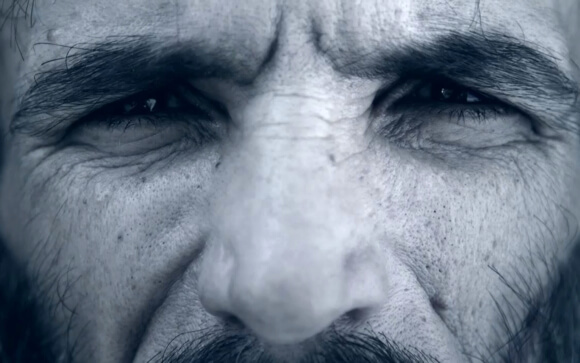 Buddha believed the way to end human suffering was the regular practice of meditation and introspection. But Buddha didn’t have biotech.

If our suffering stems from biological and genetic factors and a cocktail of bodily substances indifferently playing havoc with our moods—why couldn’t we tweak our biology to favor pleasure over suffering? To banish depression and malaise?

Philosopher David Pearce says not only will we be able to do this using nanotechnology and genetic engineering, but it’s our moral responsibility to make sure it happens. In Jason Silva’s latest video short, he speculates on Pearce’s Hedonistic Imperative.

As far as we know, humans are the only species conscious of their own mortality. The theme has dominated human thought for ages untold. Philosophy and religion, built brick by brick over millennia, aim to ease our anxiety over death and impermanence.

Much of our musing has focused on how best to deal with or justify death and suffering because, of all our problems, they look the most unassailable, the least likely to yield to technology. Our mortality motivates us to do great works, we say. Suffering informs deep insights about ourselves. Pleasure is only pleasurable relative to pain.

Above all, it’s often said that because death and suffering are a natural part of life, we should resign ourselves to them. In Meditations, Roman emperor and stoic philosopher Marcus Aurelius said, “Despise not death, but welcome it, for nature wills it like all else.”

But biotechnology wasn’t even the hint of a mote in the eye of Marcus Aurelius. And it’s fascinating that the modern mind simultaneously rebels against its own mortality and at the thought of abolishing death and suffering.

Perhaps it’s because we take the idea, pretty radical in itself, more seriously now than we have before. And the worry is we’ll fly too close to the sun on wings we don’t fully understand. From there it’s the long plunge into dystopia, a future scrubbed of that which makes us human.

This worry is most readily traced to literary works of science fiction like Aldous Huxley’s Brave New World among others. Huxley’s dystopic vision may not be a perfect analogy, but it is the one most easily conjured.

Such concerns remind me of a quote I recently read from the early 20th century astronomer and physicist Sir Arthur Eddington, “Science is an edged tool with which men play like children and cut their own fingers.”

Even with all our technology, all our data, what makes us think we can consciously arrange the world from the top down? That we can optimize nature? As the classical liberal economist Friedrich Hayek said, “The curious task of economics is to demonstrate to men how little they really know about what they imagine they can design.”

Dystopian ideas may serve a function, bumping up discussion and debate over the dangers of emerging technologies by extrapolating to a time when they are actually feasible. This preemptive debate can inform how we choose to use new technology.

But we shouldn’t get so caught up in our shadowy imaginings that we mistake our favorite ideal types and literary devices for accurate forecasts. We’ll not choose the darkest paths. And we do have a choice.

We are always experimenting with new technologies. Picking this up, dropping that. The best technologies, the ones that most effectively fulfill our needs, rise to the top on the votes each of us cast when we decide to use or discard them.

The technology we adopt then is the result of all these little choices added up over time. Technologies come and go, are born, mature, and die. It’s in this messy, generational process that we gradually come to see thorny existential questions in a new light.

This process is not at all new. It’s been going on since the Stone Age. Will we put an end to suffering? I don’t know. But we’ve been moving in that direction for as long as we’ve had tools. Technology is, after all, an attempt to improve human lives.

There are numerous examples of technology adding to our suffering too—but the net result  of our incurable tinkering is that most of us suffer far less now than in ages past.

Isn’t it reasonable to believe that trend will continue?