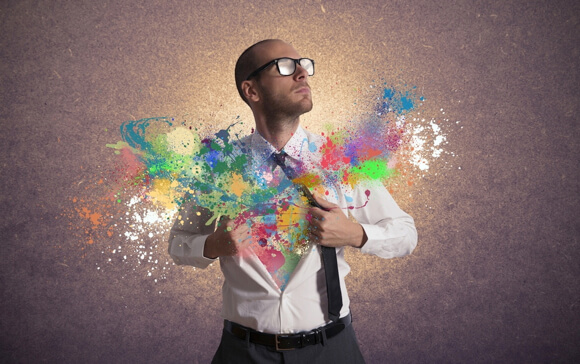 When the first Samsung smartwatch was released last year, there was a collective groan. It looked like a smartphone for your wrist, boasting a fraction of the capability. It was huge, heavy, and ugly. A calculator watch without the kitsch.

For all the hype about wearable technology—the emerging class of miniature devices worn on the body—it wasn’t terribly exciting. But it was also an early attempt.

Bertrand Russell once said of philosophy, “Refutations are seldom final; in most cases, they’re only a prelude to further refinements.” The same could be said of technology.

The latest smartwatches come stock with leather bands, embed their electronics in steel, and opt for thick glass displays. They default to a more elegant analog watch display you can change—something you might actually wear.

Motorola, for example, recently released the Moto 360, and it looks like a great improvement on prior styles—and from early accounts is a decent device too.

But more than looks, makers are also gradually refining what distinguishes a wearable device from the one you carry in your pocket. The first round of smartwatches stressed the convenience of an always visible wearable display.

Smartwatch operating system Android Wear allows quick scans of emails or texts and includes call notification and calendar alerts. You can check the time, of course, or browse the internet. Even so, beyond simple notifications, much of this is still easier done on your phone and at a small convenience cost of reaching in your pocket.

Increasingly, however, smartwatches are focused on something bigger: wearables are in more-or-less constant contact with your body. So the latest devices are more distinctly health-centric—their sensors record motion, temperature, heart rate.

Paired with apps to visualize health data and, more, to inspire lifestyle changes by challenging users to compete with themselves—to get active or meditate more—developers are betting quantified health will be a prime wearable application.

Further, wearable devices (smartwatches or otherwise) could get you into a concert or onto a flight without a physical ticket. They might pay for an item without swiping a card or reaching into your pocket. Instead of only offering “convenient” smartphone alerts on your wrist, these additional functions decrease distraction instead of increasing it.

Other niche applications and added functionality are certainly awaiting discovery.

However, although smartwatches are improving, some technical problems remain. Extending battery life is a perennial challenge. And glitchy sensors, so-so displays, and a fragmented app selection are indicative of a technology yet in its infancy.

Indeed, Apple, the archetypal refiner, just announced their long anticipated smartwatch. In typical fashion, it was an over-the-top event, capped off by a live U2 performance and the gifting of their latest album to 500 million iTunes users (for free).

At first glance the Apple Watch isn’t a huge departure from other smartwatches.

The device is rectangular with rounded edges. It links up to an iPhone (and only an iPhone) and, like the Moto 360, emphasizes quality materials—stainless steel, aluminum, 18-karat gold and leather, metal, or plastic bands. The watch comes in three styles (“classic,” sport, and edition) and offers a variety of custom watch faces to choose from.

The Apple Watch introduces a few new tricks too: They repurposed the classic watch crown (used to wind traditional watches) for digital navigation. The underside has embedded infrared and visible-light LEDs with photosensors to accurately detect pulse. And for developers, Apple introduced WatchKit, their answer to Google’s Android Wear.

Beyond notifications and messaging, Apple is hoping improved digital wallet and health and fitness applications help separate the Apple Watch from competitors.

We’ll not speculate on how all this shakes out. The iPad was called a bigger iPhone on release—and went on to sell like hotcakes. Beyond niche audiences, will the Apple Watch sell like its defining an entirely new market segment? We’ll see.

Maybe Apple Watches will spread as quickly and completely as those old “Live Strong” bracelets once did; or maybe because a watch has traditionally been an engrained symbol of individuality, people will still shy away from them.

Truth is, it’s probably both.

Personal taste is as variable and unpredictable as humans are. Some people don’t care if they look the same as everyone else. Others recoil at the thought of being another sheep in the flock.

All the fretting about fashion may hint at a less obvious desire. What we really want is for technology to outwardly disappear entirely. That is, a future in which the tech doesn’t determine the fashion, nor does the fashion determine the tech.

It won’t happen right away. Fashion-conscious wearables are an intermediate step. But the ceaseless miniaturization of components and continuous gains in processing power and efficiency—these are driving us toward a time when technology all but vanishes.

Future devices will do a few things uniquely well, and then dissolve into the background. Technology won’t completely remake your wardrobe, it will live inside of it.

After the smartwatch wars are over, perhaps we’ll find the next great computer interface wasn’t one thing at all—rather, it was a vast multitude of sensors and portals elegantly embedded, always connected, and almost entirely hidden from view.

Arthur C. Clarke wrote, “Any sufficiently advanced technology is indistinguishable from magic.” Those words will take on new meaning when we can command our immediate environment with a wave of our hand, a word, or perhaps, even a thought.