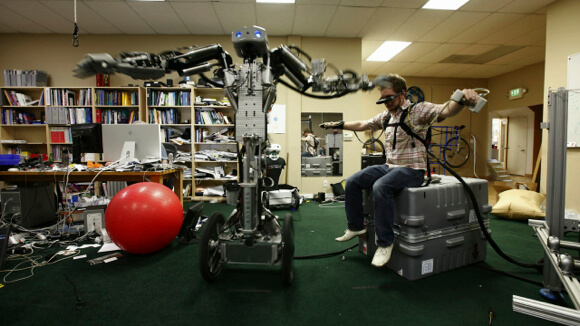 Matt Rutherford, filmmaker and former producer of Charlie Rose, first met Salim Ismail at a birthday party in San Francisco. Over a beverage and some tech talk, the conversation turned to a new project Ismail was involved in called Singularity University.

Futurist and inventor, Ray Kurzweil, and XPRIZE founder, Peter Diamandis, believed technological progress was accelerating dramatically. And that got them wondering: Can we somehow harness technology to solve the world’s biggest challenges?

It was 2008. Diamandis and Kurzweil had just founded Singularity University to find out.

The idea was simple enough. Bring together a group of bright, driven young minds; show them the tools; and then ask them to come up with an idea, a business to positively impact a billion people in a decade. What would happen next? No one knew.

Rutherford was fascinated at the prospect and proposed making a feature documentary. If he started early, he could chart the birth of a phenomenon. “The whole thing sounds a bit insane, but that’s why I knew it would make a great film,” says Rutherford.

Now, after recording those early days and sticking around to find out what did happen next—Rutherford has his film. Almost. In a recently launched Indiegogo campaign the team is asking for support in the final steps toward making their creation a reality.

The documentary film, called “The University,” revolves around Peter Diamandis. In telling his story, Rutherford says, you can’t help but tell the story of Singularity University itself. Diamandis is unapologetically optimistic about the future and thinks if we add intention to technology, we can make the world a better place sooner than many think possible.

During the inaugural class and after, Rutherford documented the Singularity University experience. He says, “Being at SU you come in contact with these great minds, and they’re just hanging out the whole time. So, as a filmmaker it’s amazing.”

The startups emerged from the first few Graduate Studies Programs (GSP), an intensive 10-week curriculum during which a select group of talented individuals learn the latest tech and are then asked to immediately turn around and apply it.

Diversity breeds creativity, conflict, no certain outcome, and good film: “Can the American biotech expert work together with an Indian IT millionaire, a Portuguese nanotechnology researcher, and a senior advisor to the Israeli president?”

The startups born during those early GSPs have since grown up quite a bit.

Matternet is testing drone delivery in developing countries with poor, seasonally affected road infrastructure. Getaround is now a major peer-to-peer car sharing service. Blue Oak Resources is working to extract precious metals from e-waste. And Made in Space will launch the first 3D printer to the International Space Station this month.

“The University” is currently in editing, and its Indiegogo campaign will help Rutherford and crew make final touches on the film. Funds raised will go toward post-production like color correction and sound mix. But it’s more than that they say.

“We want to share the beautiful work Singularity University does and to inspire others to think big and realize that we CAN and WILL make this world a better place to live in. With your help, we can and will.” A good cause indeed. But we’re biased.