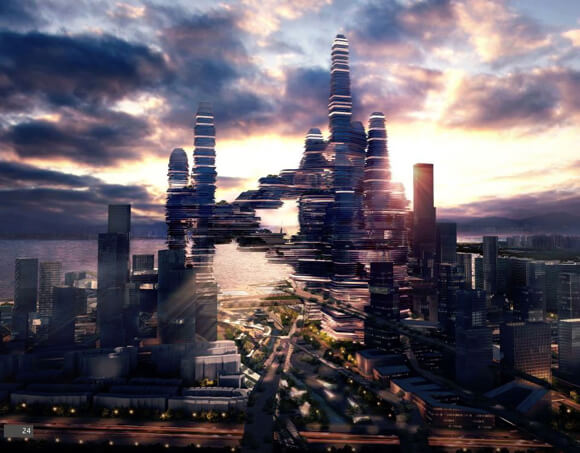 Many of the world’s cities are hundreds, even thousands of years old. They evolved from the bottom up as populations changed and demanded change. A new road here, new building there. The result is striking and wild—a kind of physical history.

But what if you could start New York or London from scratch?

To see skylines of the future—look east. Perhaps nowhere is urban growth happening more rapidly than in China. Home to a burgeoning list of megacities (population over 10 million), the country is wide open to ambitious and imaginative urban design. 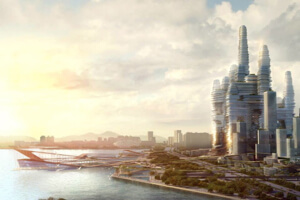 In a recent contest, the city of Shenzhen went looking for creative proposals for a financial district (think London’s Canary Wharf) including three skyscrapers, a scattering of cultural buildings, and a green space linking it all together.

The co-winning design is a massive complex called Cloud Citizen that’s nearly as wide as it is tall. The structure forms a fused city skyline complete with three towers—the tallest of which would be the second highest in the world (680 meters)—and a series of giant floating skyways. Cloud Citizen would house office, commercial, leisure, and cultural space and include suspended public plazas and roads.

But the building’s designers, Urban Future Organization and CR-Design, hope Cloud Citizen is more than a building—they want it to be a sustainable urban ecosystem.

The structure would harvest rainwater and be powered by the sun, wind, and algae. There would be farm modules to grow food, sanctuaries for wild plants, and in sheltered areas of the structure, “sky parks” providing a natural setting for residents and visitors. 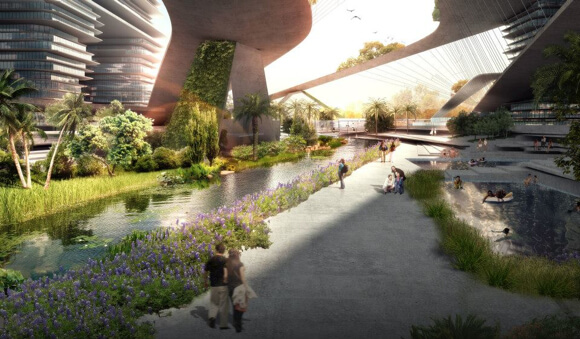 Cloud Citizen is cool and unique, but it’s only a vision of the future—not the future itself.

Though the design took home the top prize, the contest administrators say the final plan will need “further consideration” and only be “implemented after approval by the statutory procedures.” Translation: It could (and will likely) change considerably.

Though clearly a design with lots of due diligence to come, as a concept for futurists, Cloud Citizen is an interesting morsel of food for thought. Are our cities destined to move beyond the iconic monoliths of the twentieth century? Urbanization continues apace. To control sprawl, cities may increasingly move key infrastructure skyward. 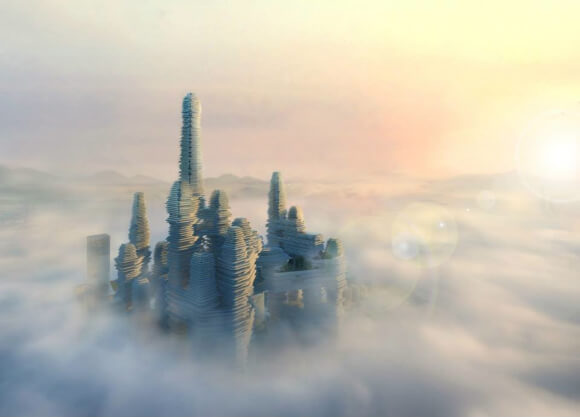 Instead of the standard sci-fi flying car trope, mega-structures like Cloud Citizen could make for fully three-dimensional road maps with car elevators and a network of criss-crossing roads in the sky. The fumes from gas-powered vehicles might be difficult to control, but electric vehicles would pose no such challenge.

Or really, why cars at all? If urban skylines were connected in three dimensions, why not have three dimensional people movers that rely on the building’s infrastructure—maybe some combination of multi-directional elevators and trains.

Just spitballing here. Undoubtedly, competing visions will bring forth diverse ideas and concepts in years to come. Whatever the future holds, however, you can enjoy the Cloud Citizen conceptual sketches in their full glory right now. 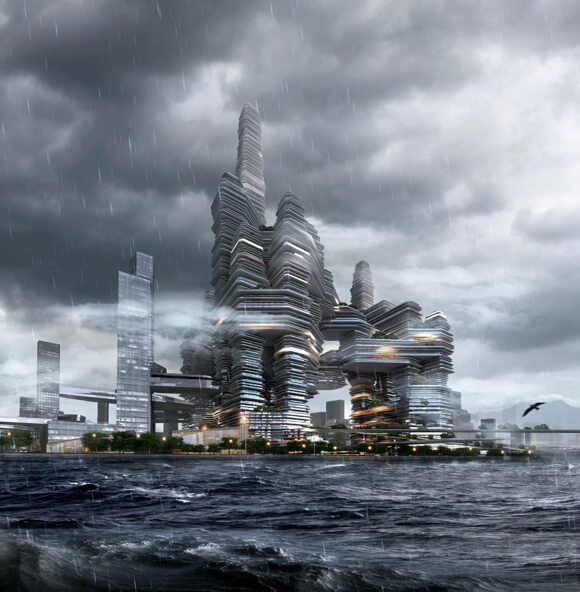 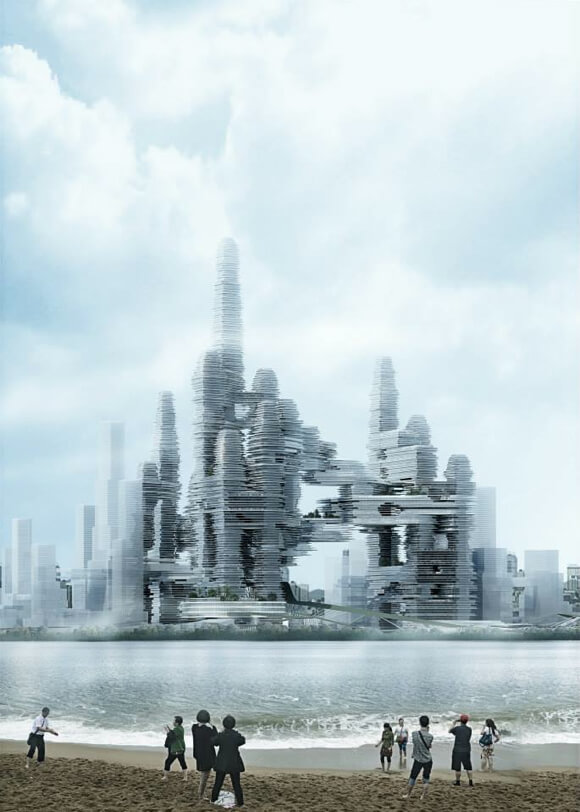 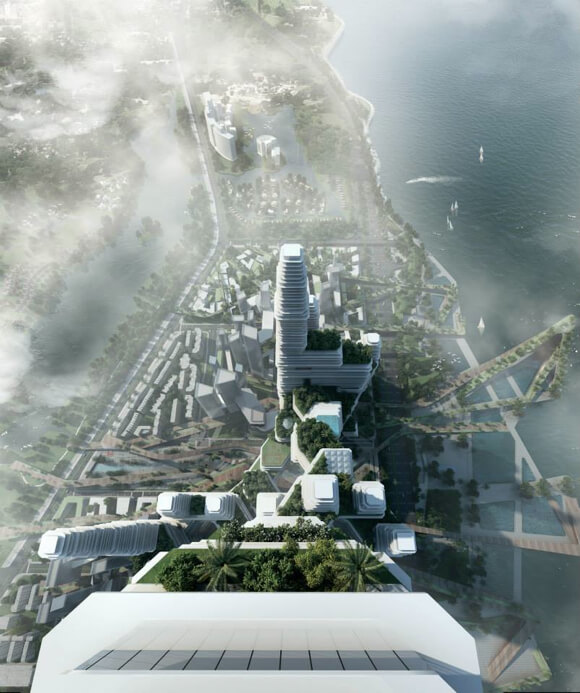 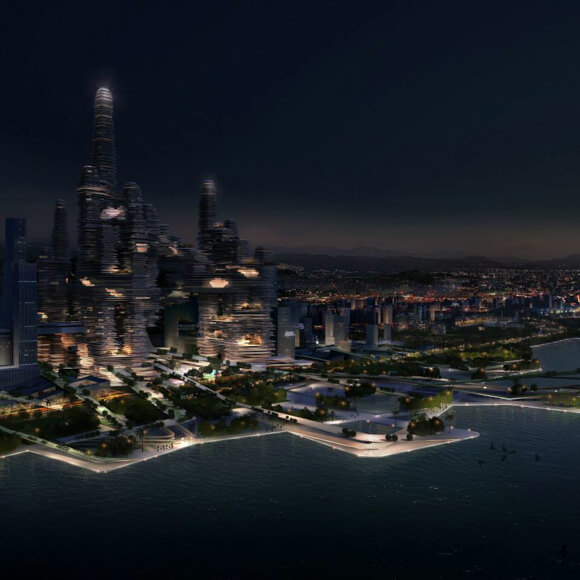