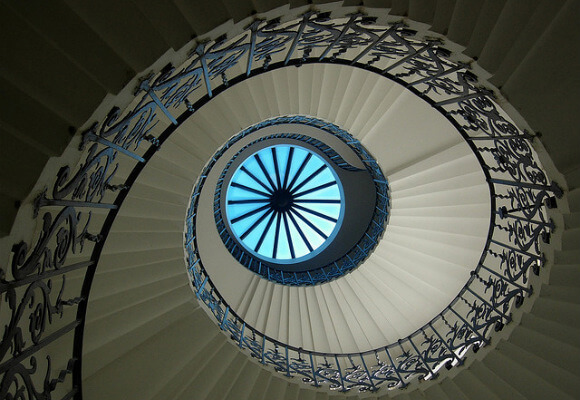 This week, we saw history in the making as the first 3D printer arrived at the International Space Station. The stories we’ve been passing around cover a range of topics, from robots in seminaries to open access for scientific research. Enjoy!

ROBOTS: The Most Valiant Attempts to Program Our Five Senses Into Robots
Alexandra Ossola | Motherboard
“Scientists haven’t fully unraveled how we’re able to sense what we do; it’s both our hardware and software that contain codes that are difficult to crack. Still, scientists power through, discovering how their own senses work while crafting artificial versions of them.”

CULTURE: Why artificial intelligence is the future of religion
Michael Schulson | Salon
“’Technology is viewed as a way of saving us…if you eradicate God from the picture, you have no other means to achieve that end. There’s no other way to achieve victory over death other than by some hope that you have the technological means to make it possible. And it’s a huge dream to put on technology.’”

ORIGINS: Force of nature gave life its asymmetry
Elizabeth Gibney | Nature
“Many organic molecules, including glucose and most biological amino acids, are ‘chiral’. This means that they are different than their mirror-image molecules, just like a left and a right glove are. Moreover, in such cases life tends to consistently use one of the possible versions — for example, the DNA double helix in its standard form always twists like a right-handed screw. But the reason for this preference has long remained a mystery. Many scientists think that the choice was simply down to chance.”

CYBERNETICS: ‘I was blind… now I have bionic eyes’
Rose Eveleth | BBC
“‘People say you’ll see shapes,’ she says. ‘Well yeah but it’s the electrical impulses, and it’s about learning how to interpret them. It’s not that it’s hard, it’s just a learning curve.'”

EDUCATION: Online classes really do work, according to study
David L. Chandler | Phys.org
“‘A number of well-known educators have said there isn’t going to be much learning in MOOCs, or if there is, it will be for people who are already well-educated.” But after thorough before-and-after testing of students taking the MITx physics class 8.MReVx (Mechanics Review) online, and similar testing of those taking the same class in its traditional form, Pritchard and his team found quite the contrary: The study showed that in the MITx course, “the amount learned is somewhat greater than in the traditional lecture-based course,” Pritchard says.”

RESEARCH: Grand openings: Changes that will bring scientific discovery more freely into the public domain are happening
The Economist
“Publishers, though they have often dragged their feet, are adjusting. This week the oldest, the Royal Society, and arguably the most prestigious, Nature Publishing Group (NPG)—both based in London—joined in. Each will now publish a journal that readers do not have to pay to look at.”