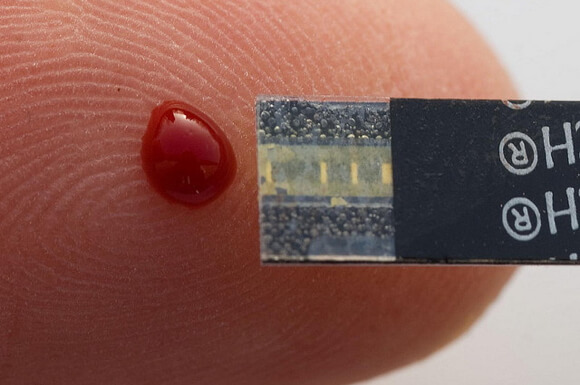 In cancer diagnosis, earlier is better—treatments are more effective and so survival is more likely too. Some forms, like skin or breast cancer, lend themselves to early detection with regular checkups as they can be found by sight or touch.

Others, however, are much more difficult to detect and therefore far more deadly.

Pancreatic cancer falls into the latter category. The pancreas is hidden deep in the body where tumors can’t be discovered in routine exams. By the time noticeable symptoms do occur, the cancer is usually in an advanced stage and has often moved into other organs. Some 40,000 people die of pancreatic cancer in the US each year.

A new MIT study, however, offers a ray of hope—pancreatic cancers may be detectable years before a diagnosis would ordinarily be made using traditional methods.

After analyzing the blood of 1,500 long-term health study participants, the researchers found those with a flood of particular amino acids were significantly more likely to be diagnosed with pancreatic cancer later on.

In collaboration with the Broad Institute, the researchers tested the levels of over 100 different metabolic molecules in the blood, including proteins and sugars, hoping to find the telltale signs, or biomarkers, of the disease. 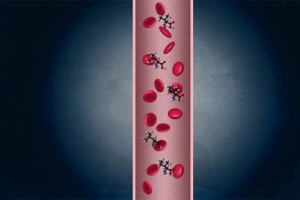 “What we found was that this really interesting signature fell out as predicting pancreatic cancer diagnosis, which was elevation in these three branched chain amino acids: leucine, isoleucine, and valine,” says MIT’s Matthew Vander Heiden, a senior author on the paper, associate professor of biology, and member of the Koch Institute for Integrative Cancer Research.

Patients with elevated levels of these three amino acids—among the body’s 20 protein building blocks—were diagnosed with pancreatic cancer as early as a year after they’d given blood while other diagnoses ranged up to ten years later.

To further test their hypothesis, the scientists ran a study in mice and were able to reproduce the same metabolic changes in the disease’s earliest stages.

“What happens is, as people or mice develop pancreatic cancer, at the very earliest stages, it causes the body to enter this altered metabolic state where it starts breaking down protein in distant tissues,” Vander Heiden explains.

Similar metabolic changes have not been noted in other cancers. But in the case of pancreatic cancer, the team believes the tumors themselves may be responsible—calling in amino acids to help construct additional cancerous cells.

In fact, better understanding of this process might seed future treatments by aiming to cut off the tumor’s supply of nutrients.

Vander Heiden says additional work needs to be done to confirm their discovery and creating a reliable diagnostic test using this particular biomarker may prove challenging. But he thinks further study of the metabolic dysfunction itself may yield more markers—misregulated hormones, for example—that could seed a test.

Understanding such subtle biological hints and clues, in general, however, may be the future of diagnostics. By combining a wide panel of disease biomarkers with affordable, convenient, and regular testing—perhaps even at home—disease may be discovered at the onset, well before it causes enough damage to be noticed or become untreatable.