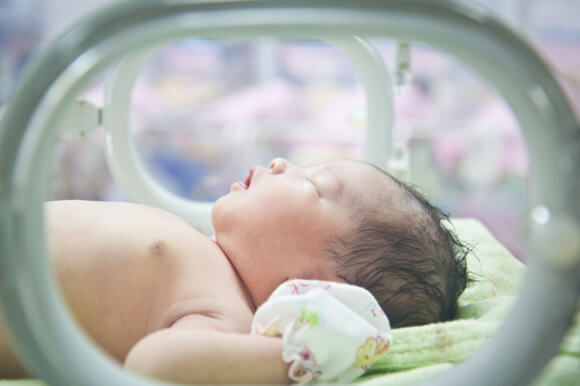 In 1978, Louise Joy Brown made human history as the first “test tube baby” ever born after her mother underwent a revolutionary fertility treatment known as in-vitro fertilization (IVF). In the following decades, several million children have been conceived using IVF, which has since become a routine treatment for those suffering from some common forms of infertility.

Recently, doctors at Sweden’s University of Gothenburg pushed the envelope a little further when they announced the results from over a decade of research into absolute uterine factor infertility. This type of infertility, which previously had no treatment, often results when a woman is born without a uterus or loses it to a disease like cancer.

In a paper published in the medical journal Lancet, the research team, led by Dr. Mats Brännström, describe delivery of a moderately pre-term but otherwise healthy baby boy to a 35-year-old Swedish woman with a transplanted womb. The woman suffered from congenital Rokitansky syndrome, meaning she was born without a uterus.

The uterus was donated by a 61-year-old woman and transplanted in a 10-hour surgery last year. Doctors monitored the recipient closely for a year and found she returned to a regular menstruation schedule in less than two months. Using IVF, the doctors produced a viable embryo and introduced it into the woman’s new uterus.

Though this procedure is considered a remarkable success, it wasn’t without complications. The woman had three mild cases of rejection, a common occurrence for transplant recipients. Although one of the cases of rejection appeared during the pregnancy, immunosuppressive drugs were used successfully to treat it. 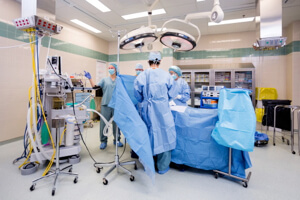 Further, in the 32nd week of the pregnancy, the woman began suffering from pre-eclampsia, a disorder characterized by kidney dysfunction and high blood pressure. As it was, the mother was already missing one kidney.

Realizing the baby could also be harmed from this condition, the doctors followed clinical protocol and removed him earlier than planned via Caesarean section. The baby boy, who had a birth weight of 3 lbs, 14.6 oz was otherwise healthy, as was the mother.

Although it is not clear what caused the woman’s pre-eclampsia, women who have become pregnant via IVF are at increased risk for the condition. The doctors also speculated the age of the donor might have been a factor, though it is not conclusive.

Although uterus transplants had been tried before, this was the first time one resulted in a live birth. Previous attempts resulting in pregnancy ended in miscarriages. There are several other women in this current study who have also received a uterus transplant and are undergoing IVF in the hopes of getting pregnant.

The success of this transplantation brings hope for women who are infertile due to loss of a functional uterus and wish to carry their own baby. Though far from perfect, the study proves that a uterus can be transplanted to successfully carry a baby to term.

However, the doctors note wide availability of the procedure is likely still years away and partly dependent on the results of their study. Further, because it requires major surgery for both the donor and mother, ethical questions remain, and paid surrogacy (illegal in Sweden) remains a viable alternative in other parts of the world.

That said, the capability is still in its infancy. And just as IVF has become routine in a few decades, it’ll be interesting to see where this new procedure takes us.