Can Fusion Energy Be Obtained Without the Death Star?

The National Ignition Facility, located in Livermore, CA, is a spectacular, ultramodern facility the size of a football stadium. Housed within are 192 laser beams, which can be focused onto a one-centimeter glass sphere containing deuterium and tritium fuel. Once the 1 billionth-of-a-second pulses from the lasers commence, the impact causes the pellet to implode.

Inside, the fuel ignites and achieves nuclear fusion, momentarily creating a nanoscale star.

Visiting the facility at the Lawrence Livermore Laboratory, which is part of the US Department of Energy, has been one of the highlights of the summer Graduate Studies Program at Singularity University. But the impressive scale of the undertaking is a double-edged sword. Along with the euphoria of seeing such an impressive construct comes the eventual realization of just how enormous an installation is required to accomplish nuclear fusion.

Many students compare it with the gigantic Death Star from Star Wars. (That’s no moon – it’s a space station!)

With most of the world’s population now residing in cities and megacities, the need for high energy density power makes carbon-free nuclear power a potentially critical complement to renewable but intermittent sources like direct solar and wind. If fusion can be economically harnessed, the abundance of hydrogen fuel and the elimination of the challenge of spent fuel nuclear waste would make it an attractive alternative to fission.

But the pursuit of controlled thermonuclear fusion is about as old as the oldest Baby Boomers, leading wags to quip, “Fusion is the power source of the future…and it always will be!”

Most of the work in fusion has historically involved containing hot electrically charged plasmas of deuterium and tritium within a doughnut shaped “magnetic bottle” called a Tokamak. By pumping radio frequency energy into this plasma, it is heated to the point of fusion.

Ultimately, the hope is that sustained fusion can provide heat for the generation of city-scale electrical power.

The largest magnetic bottle fusion device on the planet is the result of a multinational collaboration called the International Thermonuclear Experimental Reactor (ITER), which is located in southern France and includes the European Union, the United States, Russia, China, India, Japan and South Korea. The ITER Tokamak weighs about 23,000 tons, a mass equivalent to more than 65 fully loaded Boeing 747 jumbo jets. It is expected to generate about 500 megawatts of electrical power. Since 1985, the program has spent more than $20 billion and is expected to cost approximately $50 billion in order to get to energy breakeven.

However, a number of companies are experimenting with radically smaller fusion energy alternatives.

For example, Tri Alpha Energy in Southern California’s Orange County is employing techniques used to control the particle beams in linear accelerators in its quest for fusion.

General Fusion of Vancouver, British Columbia, is developing a system that compresses spherical plasmas called spheromaks contained within a lithium and liquid lead mixture. Compressive forces are applied by an array of more than 200 pneumatically actuated pistons in a cycle reminiscent of the compression cycle of internal combustion engines.

The most recently announced entrant in the small fusion realm comes from the aerospace industry. Lockheed Martin’s Skunk Works, known for their rapid development of such storied aircraft as the U-2 and the SR-71 spy planes, has disclosed a relatively small fusion system that could provide the energy needed for fast solar system travel or power tens of thousands of homes.

The Lockheed Compact Fusion Reactor (video below) uses superconducting magnets in a new magnetic confinement geometry that they hope will result in a ten-fold reduction in size. The goal would be to produce a unit that could be transported on a semi-trailer truck and would generate 100 megawatts (roughly powering 80,000 US households) using 25 kg of fuel per year.

Within 5 years from now, Lockheed aims to demonstrate a system that could sustain plasmas for as much as 10 seconds. This would be followed by a much larger 5-year development effort to construct the first 100 MW scale system. Last year, Lockheed disclosed the existence of their compact fusion reactor work at Google’s Solve for X initiative, which was followed by more detailed reports in Aviation Week and Space Technology’s October 20, 2014 issue.

The reaction of the energy and scientific communities can be best characterized as great interest combined with great skepticism.

On the one hand, we’ve heard optimistic pronouncements about fusion energy for decades. At the same time, the Lockheed Skunk Works is legendary for ability to bring complex technical programs to fruition, even with technologies considered far beyond the normal state of the art. And even if Lockheed’s timescale were to prove optimistic by a factor of 3 or 4, having the ability to harness the power of the stars in this century would be a world-changing development. If such devices can fit within a semi-trailer rather than the Death Star, that would be icing on the cake.

So while I won’t be selling my solar and energy storage stocks, I’ll continue to watch these new fusion developments with great interest. 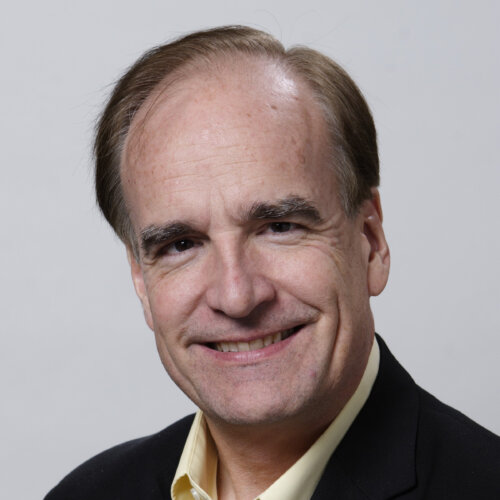 Gregg Maryniak
An internationally-recognized expert on energy, space, aviation, and risk management, Gregg Maryniak is the cofounder, secretary, and director of the XPRIZE Foundation, a nonprofit that creates prize competitions to stimulate research and development to benefit humanity. Maryniak guided the foundation from its inception through the successful completion of the 2004 Ansari XPRIZE competition. He is also chair of Energy and Space at Singularity University and vice chairman of the Charles and Anne Morrow Lindbergh Foundation. His work today focuses on energy issues, including new techniques to increase the percentage of renewable energy used to power society, improve energy storage, enhance energy networks, establish wireless power transmission, and realize carbon-free power from space. He was awarded Russia's Tsiolkovsky Medal for his work on the use of the energy and material resources of free space and received the Space Frontier Foundation's Vision to Reality Award for his role in creating NASA's Lunar Prospector Mission launched in 1998 for a low polar orbit investigation of the moon. Maryniak is an associate fellow of the American Institute of Aeronautics and Astronautics that named him a Distinguished Lecturer for his presentation, 'The Harvest of Space.' He was the director of the J.S. McDonnell Planetarium in St. Louis, Mo.
RELATED