Whereas most of these sensors have been available for years, it’s only relatively recently that they’ve gone from hulking million-dollar devices in labs to affordable consumer products embedded in smartphones and a growing list of accessories.

Most of these sensors are already incredibly cheap (on the order of a few dollars), tiny, increasingly accurate, and providing a profusion of software services on smartphones. But more recently, sensors have begun measuring the human body.

In recent years, we’ve seen smartphone motion sensors adapted for use in wearable devices to track physical activity or sleep. These have had uneven success with consumers. But the next steps may change that, as devices are able to accurately measure vital processes driven by the heart, lungs, blood—and even the brain.

Two brain activity devices were on display at Singularity University’s Exponential Medicine. The first, presented by InteraXon cofounder and CEO Ariel Garten, is the Muse headband, one of the first brain sensors available to consumers. 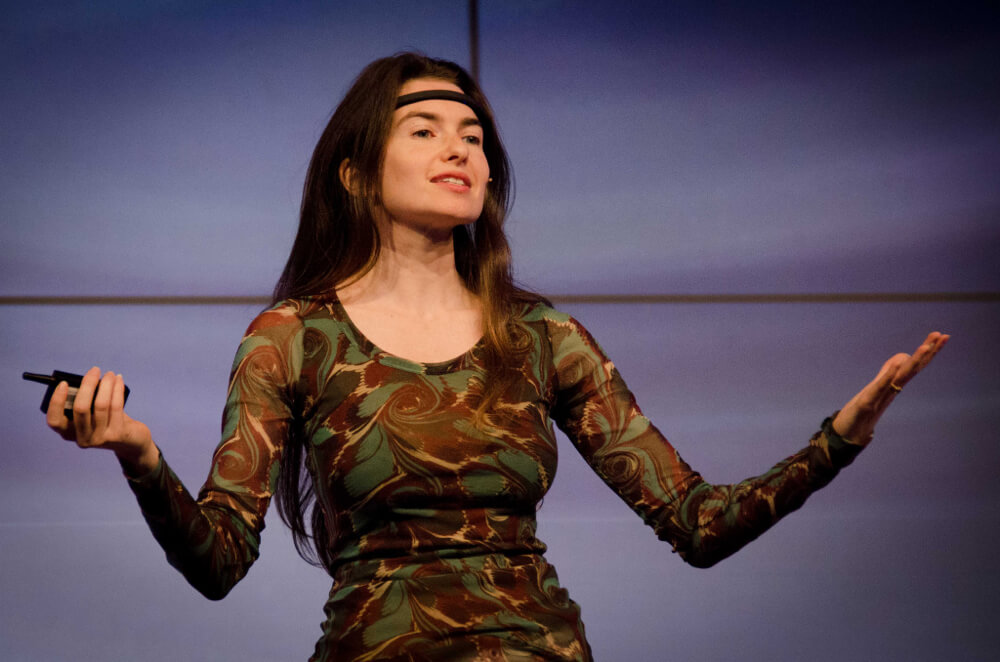 The Muse is a band worn across the forehead and secured behind the ears. Using seven electroencephalography (EEG) sensors strung across the band, the device measures levels of brain activity, sending the information to a smartphone.

What’s the point? The Muse is a biofeedback device. Coupled with early apps, it allows users to hear their brain—high levels of activity are sonified as crashing waves and wind, calm states as gentle, lapping waves and birdsong. By being consciously aware of brain activity, we can learn to control it, thus taming anxiety.

The Muse, born in an Indiegogo campaign almost two years ago, went on sale in August. At $299, it isn’t cheap, and neither is it inconspicuous. Even so, a few Exponential Medicine attendees joined Garten, wearing their Muse for the duration.

Garten’s Muse, however, isn’t the only compact brain sensing device out there. Philip Low presented on the iBrain, a similarly compact device—Low claims the latest iteration is the smallest brain sensor available—slung across the forehead.

In contrast to the Muse, iBrain is primarily used in research. Low said his goal was to fold as much brain sensing tech into a single device. He was only able to do this by writing specialized algorithms to consolidate all this in a single channel.

“We’re putting much less on people and getting much more out of them,” Low said. “And we can do this in their homes.” 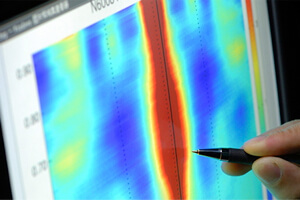 The iBrain has been used to study a number of disorders including ALS, autism, and depression. Low said in one Navy study they used the device to make an accurate diagnosis of PTSD and SSRI treatment in one patient with data from the iBrain alone.

But Low thinks the device has potential beyond research—he thinks it might prove an effective brain-computer interface. Famously, Steven Hawking experimented with the iBrain as a communication device. And another ALS patient Augie Nieto later used the system to move a cursor on a screen and select letters to form words.

The greatest strength of Low and Garten’s brain sensing technology is that it is non-invasive—some brain-computer interfaces require implants in the brain to work consistently—and in the coming years, Garten expects more improvement.

In her talk, Garten said she imagines her device, still highly conspicuous today, will be replaced by smaller, subtler versions, maybe even a series of patches. And whereas her device only goes one way—recording brain activity—future devices might also provide stimulation too. (Indeed, we’ve covered some such devices in the past.)

Today’s body sensing technology is a constellation of disconnected hardware of varying accuracy and sensitivity. But as the tech develops and disappears—woven into our clothes or wearable patches—it may become second nature to regularly look into our hearts or brains on a smartphone, and take action to right the ship.