Not long ago, I attended two tech conferences. AI, robotics, nanotechnology, and biotechnology—both were future focused. But the most curious thing I saw there wasn’t on stage. It was more subtle, more about negative space.

It isn’t empirical science, but I can’t think of a better test population for an at-a-glance study. The audience at both events was basically self-selected to be much more interested in Glass than your average cross-section of the population. Indeed, many would have had the skills to be early developers of the technology.

Glass users should have been noticeable—instead, they were noticeably absent. 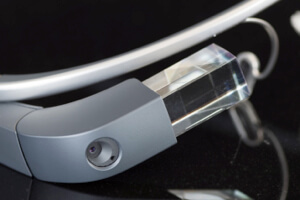 Even Google cofounder Sergey Brin, seemingly rarely photographed without Glass in recent years, showed up at a recent high-profile Silicon Valley event Glassless. He hasn’t given up on the device, he said, but in this case? He’d left it in the car.

And there are other less-than-auspicious signs Glass is struggling.

Glass devices are selling for half price on eBay. Key employees working on Glass, including lead developer Babak Parviz, have left the project. Reuters says 9 of 16 app developers they contacted have halted projects due to lack of demand or device limitations. Glass’s slated 2014 consumer launch has been delayed to next year.

So, what conclusion might we draw from all this? To date, Glass has too many flaws and too few real applications to appeal even to open-minded, tech-savvy engineers and early adopters. That doesn’t mean the core concept is wrong—just that in a few years we may look back and see Glass as an idea ahead of its time.

Some have compared Glass to the Apple Newton. The comparison was speculative at first, but seems more apt now.

The Apple Newton first went on sale in 1993. It was a basic computer that could keep track of notes, contacts, and calendars—even translate handwriting to text. It was, in short, a whole new category of computer that fit in your hand.

Ultimately, although the Newton was a handheld tablet computer, its limited functionality and high price dissuaded wide adoption.

And like Glass, the Newton got its fair share of pop culture criticism. In the early nineties, Garry Trudeau caricatured the Newton’s malfunctioning handwriting recognition software in his comic strip Doonesbury. In one panel the device translated the sentence “Catching on?” as “egg freckles.”

This became a shorthand Newton epithet a little like the phrase “glasshole.”

There is, however, a key difference between the Newton and Glass. Glass hasn’t launched as a consumer product. Perhaps due to famous tech flops like the Newton, many of today’s firms prefer to test the waters with a limited experimental run. Even if it fails to find wide use, the feedback (in this case, massive amounts of it) will yield useful information.

As Mat Honan wrote about the Newton, “In product lore, high profile gadgets that get killed are often more interesting than the ones that succeed.”

So, ignoring the hype for a moment, and viewed as an experimental technology, how do smart glasses need to change in coming years to make them more palatable? To find wide acceptance and use—wearable displays need to all but disappear.

While Glass packs its electronics into a tiny package unimaginable a decade ago, it needs to get even smaller, less obvious, more streamlined, and more functional to make sense as a consumer product. The electronics need to fit into the frame of a regular pair of glasses—any pair of glasses, whatever style the wearer prefers.

This evolution will require smaller, longer lived batteries and flexible, transparent displays. The former remains a thorny problem, while big firms like Samsung have been developing the latter for a few years now.

The last computing interface update took us from laps to hands and pockets. The Newton was tech before its time, the BlackBerry an intermediate popular iteration, and smartphones and tablets with touch screens the finely tuned result.

As hands-free technology is further improved, expect to see devices, even in their current imperfect form, finding niche applications. The Blackberry was mostly used in business before the iPhone. Similarly, Glass is making its way into hospitals and proving a useful hands-free information tool for surgeons.

Ultimately, a Glass-like device in the future might be a display in a pair of glasses or contact lenses that seamlessly overlays information on the world. Such a device would pair with anticipatory AI to work in the background most of the time and only bother the user with just the right information at just the right time.

As Jason Silva puts it, “The best technology is the technology that gets out of the way and lets you do what you want to do.”