Summit Spain: What Is The Greatest Challenge Humanity Faces Today? 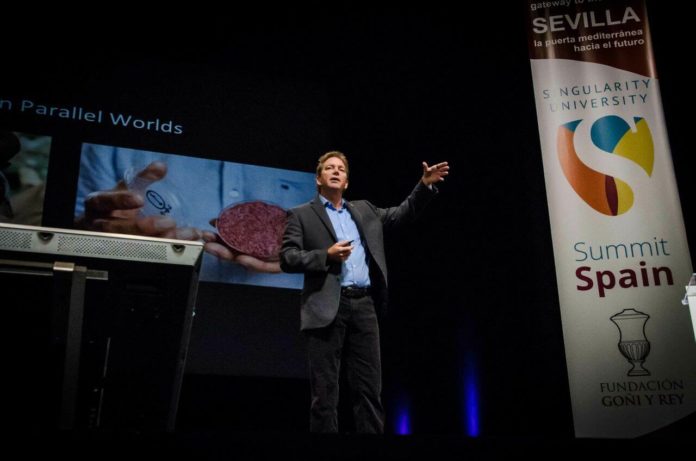 “What is the greatest challenge humanity faces today?”

This question was posed by Nick Haan, Director of Global Grand Challenges at Singularity University, to the audience gathered at this year’s Summit Spain in Seville.

“It depends on your perspective and what you are personally most passionate and curious about,” he stated, adding, “That question really only matters inasmuch as it affects you to do something about it. These are not rhetorical questions anymore.”

Taking the audience on a sweeping tour of the world’s grand challenges, Haan showcased technological innovations emerging from Singularity University as well as other innovators across the world to provide potential solutions to each challenge.

Environment: Never before has the world been affected by human activity to the extent seen today, and we’re increasingly aware of the detrimental side to the environment humans are causing. From Haan’s point of view, we should no longer be calling it ‘climate change’ but ‘climate disruption’. He noted that since 1970, there has been a 52 percent biodiversity loss, and this year’s peak arctic ice occurred earlier in the season than ever before, to name a few.

Yet Haan pointed out that hope for the environment isn’t lost — entrepreneurs continue to seek ways to solve various environmental problems. For example, several exciting companies have launched from Singularity University’s Graduate Studies Program focused on the environment as a grand challenge.

For example, Satellogic is a startup building a constellation of near-earth orbit cubesat satellites to monitor various resources on the planet’s surface. Bee Smart Technologies, born during GSP 2013, is countering the collapse of bee colonies by developing a smart, sensor-laden beehive which shuts down when unsafe conditions like pesticides are detected. Finally, the Plastic Bank is converting plastic from the oceans into material which can be used for 3D printers.

Disasters: One might consider natural disasters to be the greatest of the global grand challenges, simply because they create an incredible of damage in short order. Unfortunately, their financial cost is on the rise along with the number of people affected.

But because disasters come in such a wide range, a variety of opportunities exist for entrepreneurs to get engaged to find solutions. Matternet, for example, is a Singularity University company that plans to use drones to deliver food, medicine, and other necessities to areas inaccessible by car or truck in the developing world. Another company, developed by UNICEF, is called Rapid FTR, which uses SMS messaging after disasters to reunite families.

Energy: Currently, 1.2 billion people do not have access to electricity. Like most of these grand challenges, the energy challenge is inextricably linked to others. In his talk, Haan stated, “If we can solve for energy, then so many other challenges become much easier, like food and water.”

After all, consider how much of the world’s problems would be solvable with an unlimited source of free energy?

Food: Over 800 million people are chronically food insecure, and incredibly, 2.1 billion are overweight or obese. The Food and Agriculture Organization of the UN estimates that due to malnutrition we lose $4 trillion of global GDP.

Yet, the Copenhagen Consensus, a think tank which reviewed all of humanity’s grand challenges from a purely cost-benefit analysis, came to the conclusion that ending hunger is doable. That means it’s time to stop thinking that hunger is a just a part of the human condition.

According to Haan, that’s what Modern Meadow is doing by applying the latest advances in tissue engineering to culture materials without requiring the raising, slaughtering, and transporting animals. Other technologies are coming to the food space, which aim to revolutionize the way we consume food: drones for agricultural monitoring, micro/nano bots for pollination in the case bee colonies do collapse, and 3D printed food.

Water: One in nine people in the world doesn’t have access to clean drinking water, and every year 25 million people die due to water-related illnesses.

Yet Haan asked an interesting question: “Is water scarce or plenty?” The people of the world fight over a tiny fraction of the water existing on planet earth. To unlock the rest of that water through desalination is a huge opportunity for technology. Alfredo Zolezzi of the Chilean Advanced Innovation Center knows this as he’s developed a plasma water purification system, which is now being tested in five different countries. 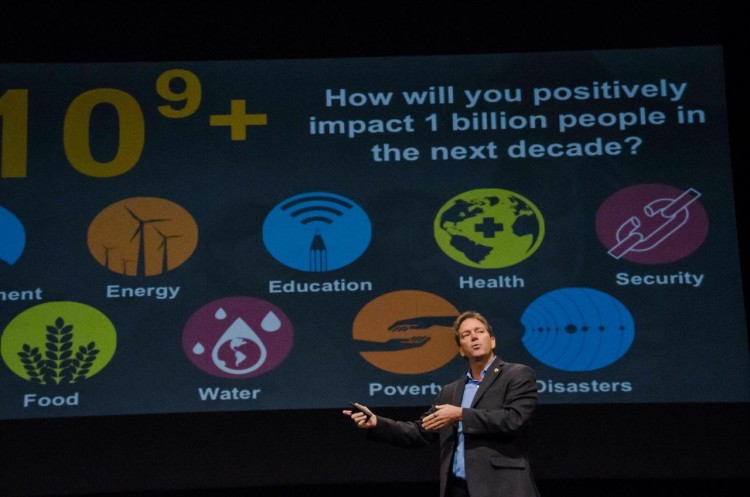 Global Health: “Health is a privilege,” stated Haan. Consider Ebola. Save the Children Foundation determined that it cost $4 billion in emergency funding to address Ebola so far. However, if we would have spent $1.4 billion building up the healthcare systems in the countries affected, we would have not only prevented Ebola in the outbreak, but we would have improved the conditions for the populations at large.

Entrepreneurs are on the move looking for solutions to improve global health. Focusing on cancer detection, Miroculus has developed a simple technique using microRNA for early disease detection utilizing a single drop of blood.

Education: One of the big movements we’re seeing in education today is MOOCs (Massive Open Online Courses) from companies like Udacity, Khan Academy, and Coursera. Unfortunately, less than 10 percent of people enrolled in a MOOC actually complete the course. We’re experiencing a whole rethink on how to make education accessible to people.

The XPRIZE recently issued a prize for Literacy, challenging innovators to come up with a roadmap to enable someone to become literate within 18 months. This is important as today 10 percent of males and 20 percent of females are illiterate.

Security: Although it’s claimed we’re living in the most peaceful era of human history, it’s hard to believe looking at our current state of humanitarian affairs. In 2013, the world saw the largest number of refugees ever, and UNICEF called 2014 one of the worst years on record for children.

At the same time, we’re living in the most interconnected time in history, which means that atrocities can happen in the far reaches of our planet and yet become visible and present in our consciousness globally in short reaches of time, as evidenced by the Kony 2012 movement. Using technology to bring these wrongs to light, Videre is a group which equips oppressed communities in hard-to-access areas with tiny hidden cameras to safely expose human rights violations.

Poverty: Last year, the World Bank boldly stated that by 2030, the end of poverty was within reach. That means the number of people living on less than $1.25 per day will be less than 5 percent of the population. In the most recent issue of The Economist, however, the World Bank retracted their statement, and instead stated that there’s no guarantee poverty will be solved without continued efforts, investment, and innovation.

One of the darling’s of the tech world, Kiva is a non-profit working on alleviating poverty across the world. To date, the organization has issued $500 million worth of loans in small increments to very vulnerable and poor people worldwide.

Closing the presentation, Haan said, “One of the most exciting transformations that’s happening right now, in this era in history, is this notion of the great innovation transformation. Knowledge, access to technology, and access to capital through crowdfunding sites, through impact investment, [is] huge.”

So, which challenge are you personally most passionate and committed to solving?

What’s at least one concrete next step that you can take next to make the world a better place?