Years ago, my brother, Matt, explained to me that there are three ways to push out the productivity curve: technology, capital, or people.

When we increase productivity, we increase wealth. However, when we discuss how these three forces impact the labor market, we often focus singularly on how technology either creates or destroys jobs and wealth.

Our fear – not entirely misplaced – is that robots will render most of us useless, and in doing so, cleave society into those who control the machines (educated titans of industry), and those who fall victim to them (uneducated poor workers). In this future, the majority of humans – helpless and tired – fall by the way-side on the road to progress. 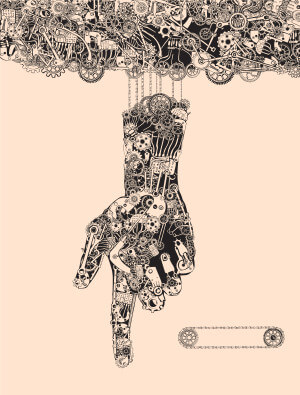 This fear ignores the fact that humans create the machines and direct the flow of capital, and in doing so, control our destiny. Never has this been more true than in our data-driven, networked economy, where technology combined with capital markets and human ingenuity enables us to increasingly master every dimension of our universe.

So much so that, as Paul Krugman of The New York Times recently called out, “inequality and the falling fortunes of America’s workers are [now] a choice, not a destiny imposed by the gods of the market.”

In this Age of Abundance, inequality has become a moral choice to which society accedes.

This is particularly true in Silicon Valley, where we have the wealth, technology, and ingenuity necessary to redress income inequality.

Yet too often we extoll the virtues of marketplaces and platforms. We absolve ourselves of any sins thrust upon workers vis-a-vis lower wages or poor working conditions as a result of our innovative technologies. We optimize to reduce human involvement and increase profits, and in the process, we’ve ceded our moral authority to the machines and “the market.”

But the truth is, people matter most. We need to create a future of work characterized by living wages, healthy work/life balance, and meaningful work. The choice is ours to make as business owners, consumers, policy makers, voters, and workers.

What can we choose to do today to redress income inequality and create a better tomorrow for workers?

Women are now the primary earners in over half of American households. The IMF calculated that raising women’s wages in the US could increase annual GDP by 5%, worth nearly $1 trillion dollars to the US economy.

Give women – and households across America – a raise by rewarding responsible employers who provide “equal pay for equal work” with public recognition.

By creating a public registry of employers who volunteer to verify that they provide “equal pay for equal work”, we can spur wage growth, improve corporate accountability and transparency, and most importantly, begin to remedy generations of economic injustice against women. One better: provide a payroll tax incentive for employers who validate equal pay in the next three years, and pour fuel on the fire of America’s economic recovery.

“Pay for success” bonds are innovative financing mechanisms for social programs in which government agencies pay only for real, measurable social outcomes – after those results have been achieved. These bonds have helped reduce recidivism in New York, expand educational opportunities in Chicago, and curb chronic homelessness in Massachusetts.

With the cost of capital at historic lows, state and local government can cost-effectively catalyze a wave of civic innovation and job creation by pledging to repay private investors – like corporate employers – who want to train and employ the next generation of workers.  Existing infrastructure, like Community Reinvestment Act banks, can serve as the intermediaries to provide capital, expertise, and a network of local partners who can design, build, and operate these workforce programs. The Department of Labor, Department of Energy, or any number of federal agencies can fund (some already do in small part) or guarantee these bonds, thereby supporting the creation of a national marketplace overnight.

In an innovation of monetary policy, the Federal Reserve could be empowered to put its money where its mandate is and guarantee pay for success bonds that support “maximum employment,” similar to how Fannie Mae and Freddie Mac have supported the mortgage market. If the Fed were to have guaranteed just 1% of the ~$1.7 trillion it pumped into the economy during the Great Recession as “pay for success” bonds, then an additional $17 billion could have been deployed into local communities to fund innovative programs that upskill and empower millions of workers. 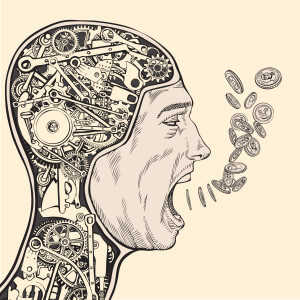 Innovate unemployment insurance to upskill the next generation of workers.

Tie the receipt of unemployment benefits to the completion of new professional training. Much like the Danes have done with Flexicurity, incent every unemployed worker to re-enter the workforce better prepared to succeed tomorrow.

In Singapore, a similar government-funded program called the Institute for Employability spent $21,000,000 to help 65,400 citizens find their way to better skills and jobs, at an average cost of $321 per citizen. If we were to invest $17 billion into “pay for success” workforce development programs even half as economically as Singapore, we could potentially put 25,000,000 Americans back to work. As George Roberts, co-founder of Kohlberg, Kravis, Roberts (KKR) recently asserted: “When more people contribute their talents to the economy, everyone wins.”

Human ingenuity has never been more empowered, informed, or necessary than now, just as we face a raft of global crises: spiraling income inequality, crumbling health and education systems, climate change, and the fight for essential human rights.

The silver lining here is that by using these tools and committing to solve society’s most pressing problems, we can begin to eliminate a key one: unemployment.

There is much necessary, rewarding work to be done. Let’s get to it.

Nick Ellis is currently a fellow at the Aspen Institute and CEO of Hirabl, a San Francisco startup using Big Data to improve labor market transparency.