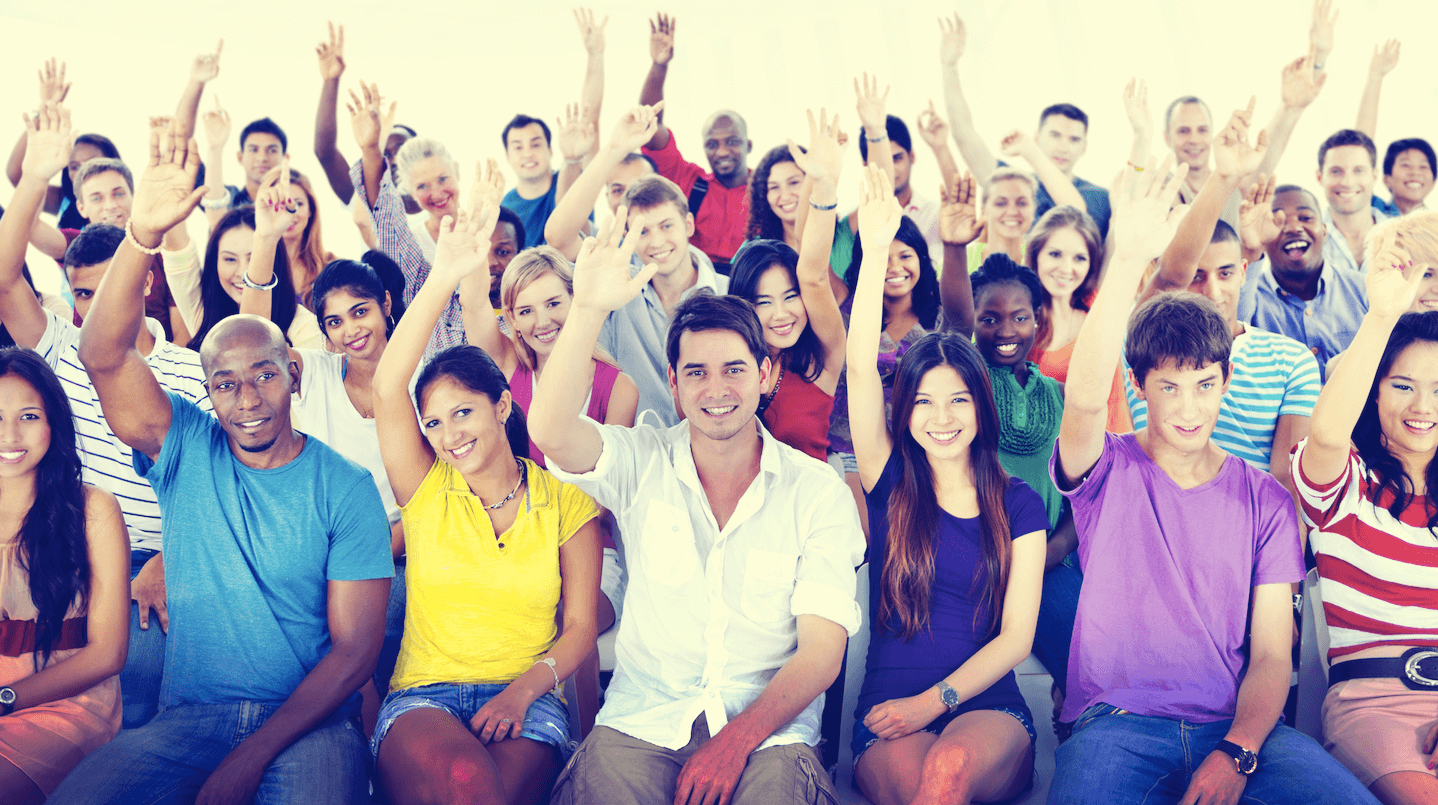 Exponential technologies and digitization lure our focus to global markets, dangling the potential of massive profits and dizzying scale.

Entrepreneurs and investors look for opportunities to create the next platform, which may be the innocuous 21st century synonym for “monopoly.” Commentators, analysts and investors who watch the impact of technological trends notice that a “winner takes all” economy seems to be emerging.

This is cause for concern to workers and business-owners alike.

Whether you guide the strategy of an existing company or sit in contemplation of your future work prospects or those of your children, the chances that you will be at the helm of a new global tech platform are vanishingly small. In contrast, the chance that your existing professional specialty sits in the cross hairs of a startup in AI or robotics is remarkably high.

Insiders like Singularity University’s Salim Ismail try to help the uninitiated to increase their odds at the mesmerizing table of exponential competition, offering evidence-backed evasive maneuvers for corporations on the verge of being dusted. But the average lifespan of an S&P 500 company has been dropping precipitously, mirroring the shrinking quantity of employees at newly successful businesses.

In his recent book Exponential Organizations, Salim lays out a field-tested playbook for helping old-style companies reinvent themselves as potential winners: 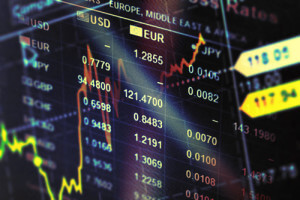 I’ve sat in discussion with a cross section of global business leaders as they absorb these messages and competitive advice. Undeniably, plenty are prepared to make any sacrifice to squeeze through the eye of the needle and emerge as power players in tomorrow’s economy.

There are also a considerable number who grasp the lay of the land and balk at their options, hesitating at the long odds and high costs of 21st century corporate victory. Many of these same business leaders, upon acquiring better insight into the next two decades of accelerating technology, reel with concern for their families and their communities and become more immediately preoccupied with helping all of us weather the transitions ahead.

When a competitive advantage becomes harder to locate and hellishly difficult to maintain, when your niche in the economy will soon become saturated by well-wielded algorithms, where can you look for stability and leverage?

When strategists and forecasters like Ismail scan the horizon for tomorrow’s opportunities, they often neglect the local.

It’s not a surprising oversight: over the last couple of decades, business has frequently succeeded by denying that it was ever locally-based, by skipping town for the most lenient tax regime, the cheapest and least defended labor, the most extractable foreign ecosystem or a conveniently lopsided architecture of subsidies.

In contrast to the global smorgasbord, the significance to business of anything local has often been dismissible. But as we look forward and try to imagine the future of work and the future of business in 15 or 20 years, the dependability and persistence of local systems (social or environmental) offers a safe harbor that merits consideration.

For those of us citizens (corporate or otherwise) who know that we aren’t holding a golden ticket, the future of work may look a lot more traditional than we were lead to expect.

Let’s consider the workers first, then the business owners. 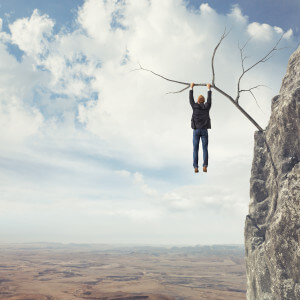 At this moment in history, workers and students are in a remarkably similar position. Many workers are becoming aware that their job security is low, that the threat of low-cost foreign labor pales in comparison to the disruptive potential of machine learning and automation. Pharmacists, accountants, legal researchers, transporters, journalists and craftsmen are being driven to the same drawing board that confronts students: What course of study, what type of training will confer a lasting advantage in the mid 21st century?

We face a marketplace that is approaching ungraspability in its pace of development and complexity.

If we confront this macroscopic tangle with the objective of locating a secure professional niche that can endure for three or four decades, we are likely to face unsettling levels of disappointment.

With minds like Ray Kurzweil predicting that computers will pass the Turing test and be able to outsmart humans within 15 years, how can we predict what jobs will exist beyond that point?

Re-engaging with our local communities and ecosystems offers a type of enduring stability that we ignore at our own peril. Communities and neighborhoods outlast governments and paradigm shifts. While there is a rising tide of migrant labor around the world (prompted by suffering and scarcity), a huge number of people carry on living in the same communities decade after decade. These stable, widely distributed pockets of humanity are an asset that has recently been neglected, during which time the dominant cultural trends have separated us from our neighbors by involving us in digital, mediated interactions with entities far removed from our street address.

Throughout human history, the strength and interconnectedness, resilience and self-sufficiency of our communities has been a deeply meaningful form of insurance against all kinds of shock. Strengthening our communities is still one of the most practical actions that we can take with our free time (or our full time, if we can figure out how). It builds us into a network of diversely skilled people who can pay attention to us and look after us when we need help.

A couple of initiatives are resonating particularly well with today’s disassociated global population.

The Transition movement started in the UK in response to the trend of rising energy prices. Communities saw a future that seemed likely to disempower them, a future when they would be spending unsustainable amounts of money on their basic living expenses. And in response to this anticipated precarity, they came together and started a whole menagerie of creative and diverse initiatives that knit communities together, strengthening their economic and social ties.

There are now nearly 500 Transition towns around the world, each representing a community that has begun to plan its way towards greater prosperity and self-sufficiency. Sometimes their plans involve establishing community-owned renewable energy facilities, sometimes they create a system of commonly tended gardens or co-manage a brewery or bakery. Even more trend-setting experiments created local currencies that start to capture profits that were previously being derived from the community and stored in bank accounts far away.

The rapid success of time banks (hyperlocal and otherwise) also indicate that people are eager to adopt new ways of valuing one another’s skills and abilities—ways that, happily, don’t discriminate between the worth of auto mechanics and financial advisors. 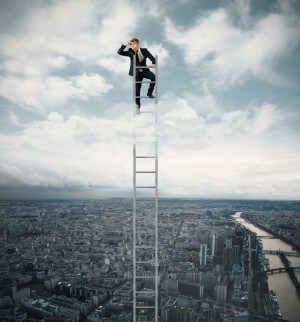 What does this mean for the business leaders who see a future in which they are likely to be outpaced or outmaneuvered? How might the stability of local communities and ecosystems be a source of comfort or continuity to mature businesses?

An unavoidable tension exists between scale and sustainability. Likewise a number of businesses face ever more risky options for competition and growth on one hand and on the other, with strategies and options that might involve contraction and transformation.

Here, of course, businesses that can literally be sued by their distant and distributed stockholders for making any decision that fails to maximize quarterly profits are at a disadvantage. B-corps and other business entities that offer more flexibility to management are likely to fare much better in the period following the peak of their commercial success.

In general, it might be advisable, upon recognizing that this peak has been reached, to balance Hail Mary skunkworks strategies with rooted investments in the community and ecosystems closest to the physical home of the business.

At this juncture, businesses may feel more powerful than communities, perhaps even unaccountable to them. This power and unaccountability will be available to ever fewer businesses over the coming decades and the companies that adjust trajectory and begin to work in generous cooperation with their host communities are likely to endure longer than those who continue to fight for the table scraps that fall from the platforms.

Businesses can explore ways of opening their facilities and trainings to the nearby schools and motivated community members. They often have ideal facilities for makerspaces, startup weekends, skill shares and hackathons.

Additionally, businesses can explore ways of sponsoring a return to the commons of degraded or under-utilized patches of land (warehouses, parking lots and other relics). They can foster efforts to achieve greater food security (of greater nutritional value) in the local areas. They may even elect to establish jobs in the areas of ecosystem rehabilitation, so as to create and then steward parks and spaces that increase the value of community life, real estate and so forth.

When businesses are seen as integral to the community’s strength, its history and its functioning, they are likely to benefit from the creativity and the support of their larger community.

Look for progressive business leaders to create a variety of blueprints for transformation. Some might see in this a parallel to energy descent plans or degrowth thinking; and the overlap is real. However, from another vantage point, dedicating some resources, attention and strategy towards embedding within systems that are not in unpredictable flux is a sensible way for businesses to hedge their bets even as they entertain whatever exponential ambitions have been baked into their leadership.