Five days to learn a new skill, no experience coming in, and some very high stakes—welcome to the Tim Ferriss Experiment.

For example, without knowing how to read music or keep time, Tim gave himself five days to see if he could learn to play drums well enough to perform on stage in front of a live audience. Stewart Copeland, the drummer for the Police, was his teacher. To make things interesting—as a final test of his skill—he convinced classic rockers Foreigner to let him drum during one of their live shows, in front of a packed house.

He did the same thing with Brazilian jiu-jitsu. Five days to learn the martial art, and a trip into a ring to fight world champions to test the results. And poker—even risking hundreds of thousands of dollars of his own money in a game with top pros as his final exam. 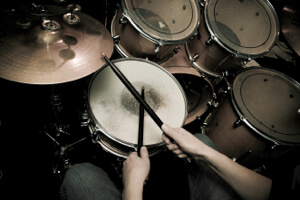 In other words, the Tim Ferriss Experiment is a full contact investigation into the outer possibilities of accelerated learning. The goal, as Tim explained to me in a recent conversation, was “to explode a bunch of bad ideas people have about adult learning. The idea that it’s hard for an adult to learn a foreign language, or play an instrument. The idea that developing real expertise takes years of practice. These things just aren’t true. The show is about teaching people how to get super human results without them having to be superhuman.”

Tim just released the entire season—all thirteen experiments—on iTunes (check it out here). And if you do check it out, you’re going to start noticing some similarities between methodologies. There’s overlap. Sure, on the surface, it may seem like learning to surf and learning to speak Tagalog —two other experiments run on the show—are world’s apart, but it turns out there are shared commonalities or, to use the more familiar term: systems.

Systems are nothing more or less than a cohesive set of patterns. Large patterns. Unfortunately, while the brain is excellent at detecting small patterns, large patterns are almost completely invisible to us. And nowhere is this more true than with learning.

One of the biggest challenges to accelerated learning is the systems’ level view: learning how to learn. It’s learning how the brain’s learning systems actually work. It’s detecting the larger patterns, the shared commonalities, and using them to your advantage. 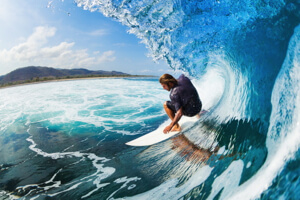 But here’s the rub—a system’s eye view of learning is impossible to develop in isolated chunks. Learning one new skill—even up to the expert level—won’t do it. You need to learn a bevy of new things in order to start to spot the commonalities between the processes. In other words, if you want to learn how you learn, it helps to learn a bunch of different skills at once, because only then will the larger patterns reveal themselves.

Mastering fear, for example, is a commonality shared in every learning situation. Which means, the same calming techniques that Tim learned from big wave surfer Laird Hamilton (in his attempt to learn to surf overhead waves in a week—something it takes most novices a couple of years to figure out) were absolutely applicable when he was risking thousands of dollars at the poker table or playing the drums in front of a live audience.

Another commonality is the Pareto principle, the 80/20 rule—the idea that 80 percent of your consequences stem from 20 percent of your actions—applied to life-hacking. To give you an example of this rule at work, when Tim tried to master Brazilian jiu-jitsu in a week, instead of attempting to learn the entire martial art, Tim focused on only one choke hold—the guillotine choke—and learned to use this one hold from every possible position (both attacking and defending). That choke hold was his 20 percent chunk, but his mastery of this one skill gave him the ability to maneuver in 80 percent of the situations he encountered—which is not bad for five days effort.

Now, to be sure, even this level of systems thinking doesn’t always help Tim achieve his goals. The Experiment gets ugly. He fails. He falls down. He breaks bones (and especially when trying to master parkour in a week).

This is also why Tim describes the show as a combination of “Mythbusters meets Jackass.” But that’s actually the point. “Look,” he says, “I wasn’t a great learner. I sucked at foreign languages as a kid. I didn’t learn to swim until I was 30. This is exactly why I know this stuff works. If I can do it, anyone can do it.”