This article was co-written by Elie Calhoun.

The promise of mobile technology is that we can connect the farthest, most remote corners of the globe to the Internet—where a treasure trove of information and applications can be had nearly for free. For aid workers, this technology is proving a powerful, even revolutionary tool.

We hope our new community mental health app will demonstrate a new depth of potential impact. 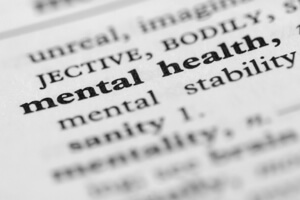 When we started designing our psychosocial services app for Liberian communities recently ravaged by Ebola, we thought we’d first need to justify the very idea of focusing on mental health in a country facing so many pressing concerns.

The health system in Liberia confronts massive challenges. When hospitals are non-existent or seriously under-staffed, when malaria is endemic and young mothers die during childbirth—it can be tempting to ask people suffering from trauma to simply “toughen up.”

But as we’ve gathered our research and begun strategizing the mobile app, we’ve found prominent and trend-setting evidence that psychosocial support is no longer being neglected in the context of the world’s poor and vulnerable communities. This is a game-changing shift.

Starting this year, the World Bank and Japan are generously funding a multi-layered, multi-year program that specifically targets individuals who worked in traumatizing jobs during the Ebola outbreak. (You can read more about it here.) USAID is exploring the merits of funding similar programs and even the World Economic Forum has convened a Council on Mental Health and Well Being that seeks to put mental health on the economic development agenda.

The challenge, we’ve discovered, will be less about convincing people that low-income countries deserve mental health services —and more about how to provide such a service widely and at low cost.

What’s more, we are challenged to build support within decentralized community health systems—not as an addition to them—so that these kinds of mental health services can be provided locally and sustainably, from now on.

This is where mobile health technology can be a powerful tool.

Current programs focus on providing one-on-one mental health services—the model for psychosocial services in rich and industrialized countries. Such services are limited by the presence, cost and availability of trained mental health professionals.

However, the findings of Second Chance Africa in Liberia indicate that one-on-one sessions are not the only way to help Liberians to escape the symptoms of complex trauma and PTSD and to rejoin their communities as fully functional and healthy members.

Rather, a well-crafted curriculum of group-based discussions, and group therapy has already helped thousands of the poorest and most-affected Liberians to experience lasting relief from their symptoms at a fraction of the price of interventions that require one-on-one approaches.

Our Community Mental Health Facilitator app project seeks to digitize and iterate Second Chance Africa’s approach into a free and open source app for community health workers to lead low-cost, easy to scale groups in their own languages and sociocultural contexts.

Quality mental health care used to be something only available for the rich, something health systems burdened by multiple and systemic challenges dismissed as impossible, with their limited resources and competing priorities. This is finally changing.

By working with community health workers connected to decentralized district health systems, psychosocial trauma support can be part of the package of basic health services available to all.

And here’s where things get really interesting.

Neither the World Bank nor USAID’s interventions leverage technologies to increase future scalability. As we see it, the approach pioneered by Second Chance Africa becomes even more cost-effective and impactful through the careful application of mobile and digital technologies.

We have a humanitarian imperative to ease trauma with the best tools at the lowest cost. Using mobile technology—we can do this, and we can do it within the structure of existing health systems.