Imagine a future where computers no longer run on silicon chips. The replacement?

Thanks to two separate studies recently published in Scientific Reports, we may be edging towards that future. In a series of experiments, scientists connected live animal brains into a functional organic computer. The “Brainet”, as they call it, could perform basic computational tasks—and do it better than each animal alone.

“Scientifically and technically, this is brilliantly done,” says Dr. Natasha Kovacevic, a brain-machine interface expert at the Rotman Research Institute who was not involved in the study, to Singularity Hub. “It’s amazing, but also scary that we can use live animals mechanistically as computer chips.” 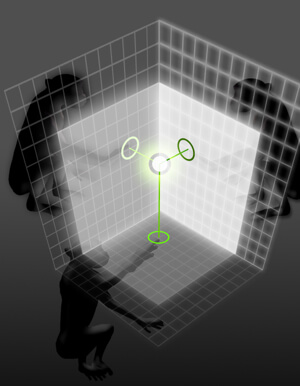 The team, led by Dr. Miguel A. L. Nicolelis from Duke University, has long been pushing the boundaries of brain-machine interfaces—to the point machines are no longer even in the equation. A few years back, they broke ground when they developed a system that allowed monkeys to move a virtual arm with their brain waves alone, and “feel” whatever the digital avatar touched.

In 2013, Nicolelis and colleagues transferred information between two rat brains with the aid of a brain chip. They trained an “encoder” rat to press one of two potential levers upon seeing an LED light, while they recorded its cortical activity.

Next, the team used the recordings to stimulate the corresponding brain regions of a second rat that wasn’t trained on the task. Impressively this “decoder” rat picked the correct lever over 60% of the time—a result that, while imperfect, suggested it might be feasible to couple animals’ brains together into a network.

Given that wiring multiple processors in parallel speeds up digital computers, the team wondered if forming a Brainet might likewise give biological computers a speed boost.

In the first study, the team implanted arrays of microelectrodes that both record signals and stimulate neurons into the brains of four rats. They then physically hooked the rat brains up using a brain-to-brain interface.

After giving all rats a short zap that acted as a “go” signal, the team monitored their brain waves and rewarded the animals with water if the brain waves oscillated in unison. The purpose? To see whether by synching brains up, subjects might be able to achieve a goal that no single brain can do individually, Nicolelis told Motherboard.

Through many trials over the next 1.5 weeks, the rats learned to synchronize their brain waves at will. 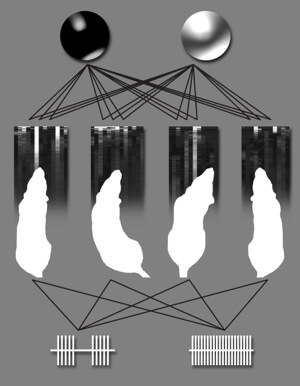 In one experiment, a kind of bizarre game of “telephone,” the scientists found they could transmit information sequentially through the Brainet. First, they hooked up three rats, then stimulated the first rat’s brain, recorded the resulting activity, and delivered it to the second rat. Not only did the second ­rat produce a similar brain activity pattern that was further passed down the chain, but the third rat reliably decoded and delivered the pattern back to the first animal, which reported the correct “message” in roughly 35% of the trials—around two times better than how each rat performed when having to do the same four-step task alone.

Essentially, Nicolelis turned rat brains into a meaty artificial network that could classify, store and transfer data. However, no “thinking” in the traditional sense occurred; the animals’ sensory cortices simply functioned like silicon processors.

In a separate study, scientists built upon previous work in the field of neuroprosthetics to see if a Brainet could control a digital arm better than its individual components.

The team implanted a large electrode array into three rhesus monkeys to record their brain activity, and then taught the animals to move a virtual arm in 3D space by picturing the motion in their heads. The monkeys were then given shared control over the arm, with each member in charge of only two out of the three dimensions.

Despite not being physically wired together, the monkeys’ brain activity synchronized, allowing them to match each other’s movement speed and collectively grab a digital ball with ease. The system was also resilient to slackers—even if one member dropped the ball (pun intended) and tuned out momentarily, the other two still managed to perform the task (just far less efficiently).

(Watch a video of the monkey Brainet in action below. The colored dots represent the three monkeys, the black dot is their average, and the circle is the virtual ball.)

Both studies show that when it comes to combining brainpower, 1+1=2.1. The same holds true for humans. When gamers combined their brainwaves through EEG to control a spacecraft simulator in a computer game, they did it better than each person alone.

With increasingly sophisticated devices that stimulate and record the brain non-invasively, it’s not hard to picture the possibility of wiring up human brains to solve thorny problems that baffle individual minds.

In fact, Kovacevic recently crowdsourced EEG data from over 500 volunteers as they collectively played a neurofeedback game at My Virtual Brain, a spectacle that combines science with art and music.

Brainets are certainly intellectually intriguing, Kovacevic acknowledges. Yet privacy and other ethical issues aside, there’s something disturbing about this image, she says. “My main concern is that we, as humans, are losing something of ourselves when we use sentient beings as simple computational tools.”

Just because we can do something, does it mean we should?

“With all due respect, in this case I vote no.”