Join Singularity University August 20 at San Jose’s California Theatre for the 2015 Graduate Studies Program Closing Ceremony—a night of inspiration, impact, and exciting pitches for 20+ new startups aiming to tackle the world’s biggest challenges. This event will sell out: Order your ticket now. Tickets purchased before August 10 (earlybird) are $50 and those purchased thereafter are $60.

Singularity University’s Graduate Studies Program (GSP) is what happens when 80 entrepreneurs from 40 countries dedicate 10 weeks to big ideas. But GSP isn’t about ideas, it’s about innovation. And ideas only become innovation with action.

At this year’s opening ceremony, Nobel laureate and social entrepreneur, Muhammad Yunus told participants, “Every time I see a problem, I start a business.”

So, it’s only fitting: The closing ceremony is where the rubber meets the road. 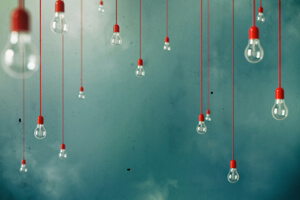 The closing ceremony is your chance to meet this year’s participants—they’ll man booths before the ceremony and mingle with guests after—and be the first to see and hear what remarkable new ideas and businesses were born at GSP 2015.

Exciting companies who got their start at GSP include Made In Space (recently sent the first 3D printer to the space station), Miroculus (micro-RNA analysis to more easily diagnose disease), and Matternet (building and testing autonomous delivery drones).

By all accounts, this year’s group is exceptional.

Thanks to generous funding from Google and supporters of SU’s Global Impact Competitions, 2015 is the first year the cost of the program was sponsored for all participants. It’s also the first year women outnumber men. And according to those working closest with them—GSP 2105 could not be more motivated, energetic, and ready to make a big impact.

What world-changing innovations have they dreamed up?

Join us at the GSP 2015 Closing Ceremony on August 20 when participants publicly pitch their ideas and kick off their quest to make the world a better place.