An overnight success… after 10 years of hard work.

That’s the story for my founding XPRIZE and co-founding Zero-G.

People often forget how difficult it is to start a company.

This post is about “grit“… one of the most critical attributes of being a successful entrepreneur today.

What is grit? Grit is refusing to give up. It’s persistence. It’s making your own luck.

But that’s also why its fun — it is a challenge that you have to throw your whole life into, and when you get it right, the rewards are well worth the effort.

Entrepreneurship Is Non-Linear — Grit Is Your Key Friend 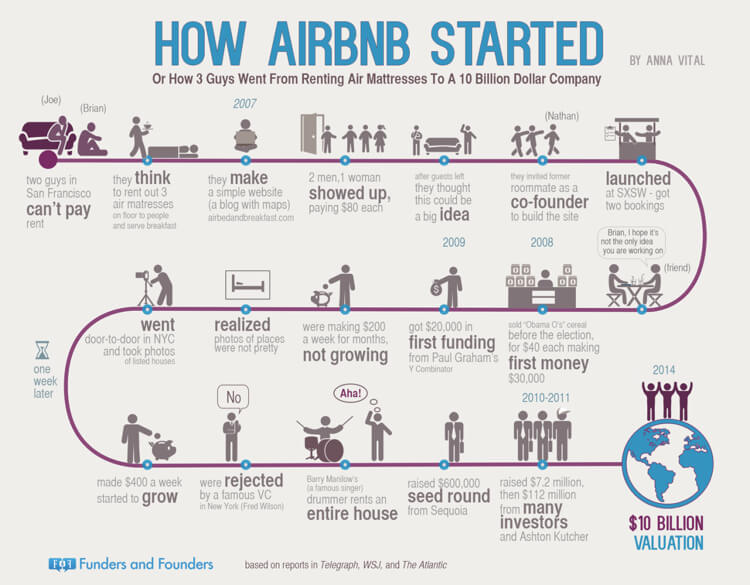 Thanks goodness they stuck with it. Their little idea is now valued at $25 billion.

The photo sharing app was acquired by Facebook for $1 billion. And it’s now worth an estimated $35 billion. 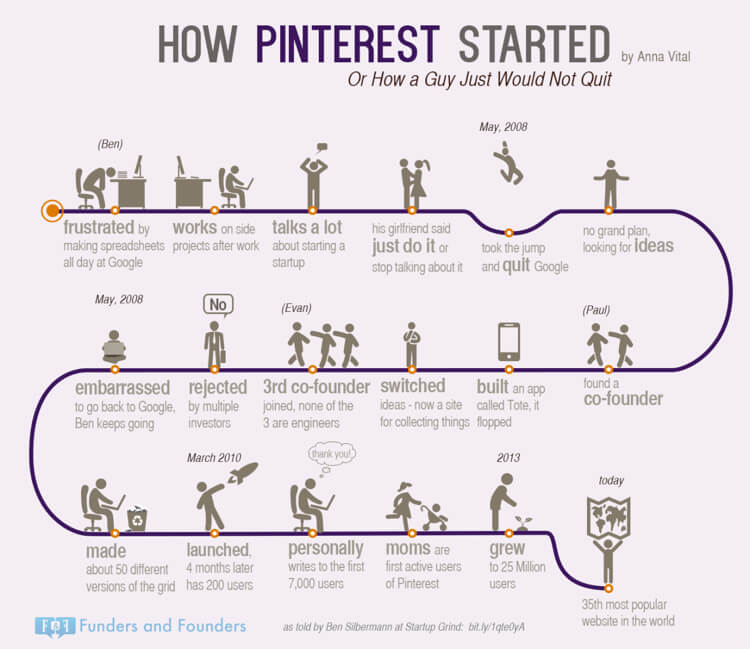 All of these companies started as little ideas. Then, through the combination of hard work, determination, experimentation, GRIT, timing, luck and a lot of drama, these companies stumbled their way to become billion-dollar powerhouses.

In my life, over the course of 17 companies, this story has been the norm. Two of the companies I’ve founded or cofounded have taken 10+ years to really get going.

Here are their stories (in brief):

Zero-G Story: In 1993 I wanted to fly on NASA’s Zero-G plane… as much as I tried, they told me no. My response (as usual) was okay, screw it, I’ll start a zero-g company myself. So… I did, along with Byron Lichtenberg and Ray Cronise, and in May 1993 we had our first meeting with the FAA. Their response? “What? YOU WANT TO DO WHAT? Put 36 people in an airplane, take off their seat belts, put the plane into a dive and have them float around the cabin? What, are you crazy?”

It took us 11 years of constant pressure, hard work, and outlasting bureaucrats to become operational, finally in September of 2004.

Since then I’m proud to say that we’ve flown over 15,000 people ranging from age 7 to 93, including Professor Stephen Hawking and wheelchair-bound children into weightlessness.

XPRIZE Story: I read Charles Lindbergh’s Spirit of St. Louis book in 1994. The idea of the XPRIZE came to mind and I started the Foundation. In May of 1996, without the prize money in hand, we announced the $10M XPRIZE anyway. I thought for sure that someone would fund the purse. After all, you didn’t pay the money until AFTER the prize was won. What occurred next was five years of “NO’s”… I pitched 150+ sponsors, suffered through Sept 11th (how about raising money for a space prize when the world is falling apart) and the Columbia Shuttle disaster. Finally (long story) I met the Ansari family that funded the purse (we named it the Ansari XPRIZE in their honor), and a few years later on October 4th, 2004 the XPRIZE was won.

It took 10 years, from concept to prize award…

And today, as we are hitting our stride, the XPRIZE Foundation is now 21 years old!

It’s rare for a company to “get it right” on the very first try.

Most companies and entrepreneurs need experimentation and iteration to really find product-market fit and strike a chord with the business.

And as I outlined in an earlier blog reviewing Bill Gross’s DLD and TED talks on the key attributes for entrepreneurial success, it’s really mostly about timing.

Here is the key: If you can survive long enough, and you are constantly iterating, experimenting, and improving your business, then eventually the timing will be right!

It really is all about GRIT.

This was the case with all of the companies outlined above.

If you believe in your vision, don’t give up. Keep trying, keep testing, keep iterating, and eventually you’ll get it right.