Aging insidiously leaves its mark on our brains.

With age, our well-oiled neuronal machinery slowly breaks down: gene expression patterns turn wacky, the nuclear membrane disintegrates, and neatly organized molecules inside the cells break out of their segregated compartments, turning the intracellular environment into a maladaptive, muddled molecular soup. 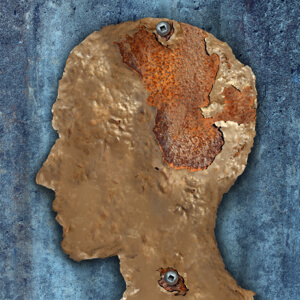 Yet the aging phenomenon has been very tough to study. Historically, scientists relied on fast-aging animal models — from fruit flies to primitive worms to mice — to tease out the biological mechanisms of aging, especially for tissues that are hard to biopsy from patients, including the brain.

Despite the value of these reductionist models, many life-lengthening treatments fail in clinical trials, and the leap from flies to mice to men remains insurmountable.

With the rise of induced pluripotent stem cell (iPSC) technology, scientists have been able to transform patients’ skin cells into iPSCs, which can then be coaxed into neurons for further study.

It’s a powerful technique: iPSCs derived from patients with Parkinson’s disease, for example, contain the same genetic underpinnings of the disease, which let scientists cheaply and efficiently test out theories and potential drug treatments—on human cells within the tightly controlled environment of a culture dish.

But the conversion process essentially turns back the clock: because iPSCs resemble early stage embryonic development, even when taken from an elder donor, they — and the neurons generated from them — lose their “aged” signature. Previous research found that their epigenetic landscapes, which dictate what genes are expressed where via small chemical attachments to the DNA, are reset to match that of a younger cell’s profile during the reprogramming process.

For example, genes that promote cell division are jacked up, whereas genes involved in inflammation — a strong correlate of aging — are tuned down. This discrepancy hardly makes them a good model of their aged donors.

The answer is to eschew iPSCs altogether, and take the road less traveled.

Using a method first discovered a few years ago at Stanford University, the team realized that with a series of careful biochemical tweaks, they could directly coax skin cells into fully functional neurons. Since these “induced neurons” skipped the embryonic stage, they reasoned, maybe their age counters were not reset. 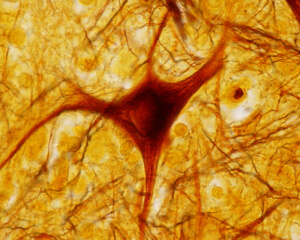 It was quite the gamble.

No one knew if — and how — cells created in this way differed from neurons that naturally aged in the human brain, says lead author Dr. Jermone Mertens.

To find out, the team took skin biopsies from 19 volunteers aged from infancy to 89 years old, and transformed those skin cells into neurons using both the iPSC method and the direct conversion approach.

They then compared these “test tube neurons” to neurons obtained from autopsies of age-matched controls by looking at their transcriptomics — that is, a bird’s eye view of gene expression patterns that change with age.

As expected, iPSC-generated neurons lost their life history, reverting back to a baby-like state.

In stark contrast, neurons generated by direct conversion significantly differed in their transcriptomes based on the donor’s age. “They actually show changes in gene expression that have been previously implicated in brain aging,” said Mertens.

It’s a first, and it could be a game changer.

He pointed to a protein called RanBP17, which shuttles proteins in-and-out of the nucleus. The decline of RanBP17 was previously hypothesized to play a role in brain aging, but the theory was difficult to model in animals. However, to the team’s excitement, this abnormal decrease was recapitulated in neurons directly converted from older patients.

Other cellular assays also showed that the lab-grown neurons retained their telltale signs of aging. With age, the fragile membrane that separates the nucleus from other cellular component begins to fail, and proteins — no longer confined to their physiological working space — run amok.

This process could lead to aging or increase our susceptibility to age-related neurodegenerative disorders, such as ALS and Alzheimer’s disease, but we don’t know, said Martens. He’s eager to put the new system to use. With this new culture system, we can now directly test these ideas, Martens said.

“The results are obviously going to have an impact,” agrees Dr. John Gearhart, an expert in regenerative medicine at the University of Pennsylvania, who wasn’t involved in the study.

Although the team only tried their cell-transforming method in neurons, Gage expects it to work for other organs as well, allowing scientists to create aged heart or liver cells. The technique could also be expanded to highly-structured 3D cultures such as organoids, and used to model aging human organs.

“We expect that the paradigm of direct conversion into age-equivalent cells can be very important for future studies of age-related diseases,” said Gage.