Zapping the brain with implanted electrodes may sound like a ridiculously dangerous treatment, but for many patients with Parkinson’s disease, deep brain stimulation (DBS) is their only relief. 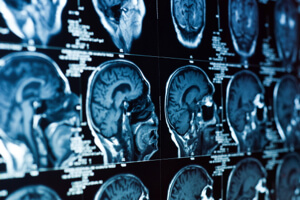 Yet getting the best result out of DBS is an infuriating process of trial-and-error. To fit the stimulation to each patient’s needs, clinicians often repeatedly tweak the treatment’s many parameters, such as amplitude, frequency, and how long each stimulation lasts. Feedback is based on the patient’s behavioral response, which is often subjective, and as the disorder progresses a program that works today may lose its therapeutic effects tomorrow.

A major cause of all this guesswork is that current generation devices can’t record how the brain is responding to the treatment, which leaves everyone in the dark.

In addition to Parkinson’s, DBS is being tested as a potential treatment for obsessive-compulsive disorder, Tourette’s syndrome, treatment-resistant depression and even Alzheimer’s disease. Despite its promising results, little is known about how electrical pulses work on neural networks to change behavior.

But now, a team led by Dr. Kendall Lee at the Mayo Clinic in Rochester, MN, engineered a closed-loop, wireless device called WINCS Harmony that can simultaneously measure neurotransmitter levels from multiple brain regions and adjust its stimulation pattern accordingly in real time.

Given that neurons communicate via electrical and chemical signaling, neurotransmitter levels act as proxy for treatment efficacy. Combined with sophisticated artificial neural networks, this information fine-tunes the stimulation process automatically.

In addition, researchers also gain insight into the mysterious mechanisms behind DBS that’s eluded the field so far.

The team presented their results this week at the Neuroscience 2015, the largest annual international gathering of neuroscientists organized by the Society for Neuroscience in Chicago.

Harmony builds upon previous DBS technology that’s been already been approved by the FDA for human use.

Previous devices have tried to capture stimulation-induced neural feedback by recording the neurons’ electrical responses, says Dr. J. Luis Lujan, the lead author of the study. The problem was that the signals from the stimulating and recording electrodes heavily interfered with each other. 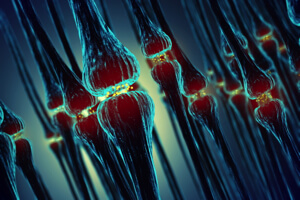 It’s a common and terrible problem, says Lujan, the data was far too messy to use.

Instead, the team turned to fast-scan cyclic voltammetry, a chemical sensing technique originally developed for animal research. Every 10 milliseconds or so, the device applies a local voltage charge, which transiently pulls electrons out of neurotransmitters in the area. This generates a small electrical current that can be picked up by the electrode.

Since each neurotransmitter produces a unique current signature, the recordings can both identify what type it is and estimate its concentration.

This data is then wirelessly fed into a single-layer artificial neural network, which uses the electrical and chemical patterns as feedback to tweak the weight of each node in the network. This in turn changes DBS parameters to keep the brain in an optimally functional state.

As proof-of-concept, the team tested their device on three rats by measuring local dopamine levels in a brain region called the striatum.

“Dopamine is involved in many disorders that we want to treat with DBS, such as Parkinson’s,” said Lujan, “that’s why we tried it first.” But the device can also work on other transmitters such as serotonin, which is involved in depression.

By using data from 25 stimulation trials as the training set for the artificial neural network, the team showed that the device rapidly adjusted its stimulation patterns to reach a predefined optimal level. The system was highly resistant to errors: when researchers deliberately began the stimulation using an off-target pattern, Harmony rapidly adjusted and brought itself back on course.

Right now, in order for DBS to work, it has to be on 24-7, says Lujan. But patients don’t exhibit symptoms all the time, so we’re likely overstimulating the brain. Since we still don’t really understand what DBS is doing in the brain, we may be inadvertently damaging other brain functions without realizing. 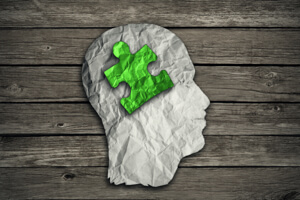 Harmony may also help illuminate what’s malfunctioning in the brain at the exact time point when patients exhibit symptoms.

For example, we can observe chemical signatures in the brain of Parkinson’s patients when they display tremors and compare to when they do not. That’s extremely valuable information, says Lujan.

Similarly, Harmony may also be able to monitor the brain for telltale signs that a bipolar patient is entering a manic episode, and automatically produce the stimulation pattern needed to stop the attack before it strikes.

The results are highly promising, but it’s still a few years off before we can start testing the device in humans, admitted Lujan. The team is working on making the lunch box-sized device smaller, so that it can be directly implanted into the brain along with the electrodes. To reduce the numbers of recurrent brain surgeries, the device also has to be made more durable.

Then there’s basic neurobiology. Our current understanding of the brain networks underlying disorders such as depression is still relatively primitive.

But the team is hopeful.

Devices like Harmony are one of the best tools to help us understand how malfunctioning neural networks misfire and what DBS does to the brain, says Lujan. We’re starting with Parkinson’s disease because we know far more about the networks involved, and since the behavioral outcomes are easily observable motor symptoms, they are highly objective and easy to measure.

That doesn’t mean we’re scared to tackle the other ones though, laughed Lujan. We just want to push this to human patients as soon as possible.

“Do we have all the answers? Of course not!” he said. “But now we have the tools to figure it out.”