Science Fiction’s Greatest Power? Inspiring Us to Build the Future 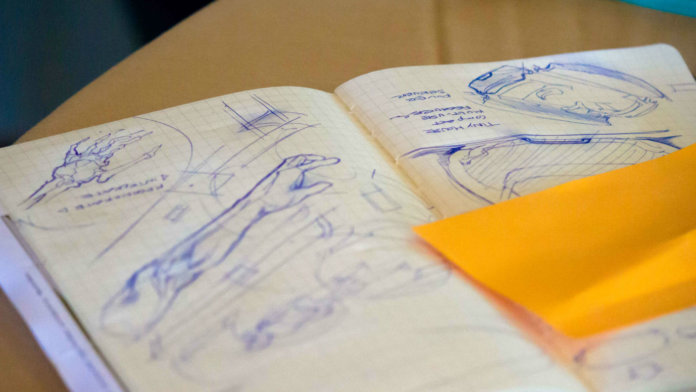 Science fiction’s visions of the future can appear more fantasy than fact. Sometimes books and movies are unnerving, other times they’re way off. Although sci-fi isn’t always right, it does something else that’s more important than mere prediction—it inspires the people who can build the future to go out there and get to work.

And so when I received an invitation to participate in SU Labs’ pilot workshop—SciFi D.I.: Design Intelligence for the Future Home, a two-part workshop bringing together an uncommon mix of partners to create a sci-fi graphic novel envisioning the future home in 2030—I was pretty fired up.

Full disclosure: I’m a bit of a sci-fi novice and had some serious catching up to do. So where did I begin? Binge watching the original Star Trek TV series. But the deeper I dug into sci-fi, the more hooked I became.

Star Trek alone has inspired multiple technologies, like telepresence and the cell phone. In fact, Motorola’s director of research and development Martin Cooper attributes the design of their first cell phone to the Star Trek communicator.

The design of Apple’s debut iPad in 2010 was said to be inspired by 2001: A Space Odyssey (1968), and the Johnny Cab in Total Recall (1990) is credited as early inspiration to many currently developing autonomous cars. In more recent news, October 21, 2015 marked national Back to the Future day, which celebrated the many realized technologies that were featured in the 1980s film—biometric scanners, hydroponics, wearable VR/AR technology—and the list goes on.

As the graphic novel comes together in the months ahead, I’ll be leaking pre-release bits from the story, along with some of the technologies we’ve come up with.

But for now, this is an inside look at putting science fiction to use as a tool for innovation during part one of the SciFi D.I. workshop—the workshop that turned me from a sci-fi skeptic to believer.

Inside Part I of the SciFI D.I. Workshop

Once gathered in beautiful Bodega Bay, California for part one of the workshop, Robert Suarez, managing director of innovation and design at SU Labs, kicked things off by framing a few core questions to focus on:

We then divided into four multi disciplinary teams, each tasked with crafting their own fictional world of 2030, a compelling protagonist, and a range of futuristic products woven into the storyline.

The mix of co-collaborators was incredible and the energy in the room was buzzing.

On my team alone was the head of Ashoka Asia, Bayer LifeScience iHub’s director of digital health, Caterpillar’s director of innovation, Lowe’s Innovation Lab’s distributive innovation manager, a graphic novelist from Saudi Arabia, a comic book artist who has worked on pieces like Iron Man and Green Lantern, and the managing director of innovation and design at SU Labs—previously a senior portfolio director at renowned design firm IDEO.

For the first half of the day we rotated through four ideation sessions—biomes and biospheres, virtual and augmented reality, biomimicry, neuroscience and consciousness—interacting with a new technology as it relates to the future of the home.

By the second half of the day, my team landed on our character—a 120-year-old nomadic woman with a sophisticated exoskeleton.

With our character in hand, we moved into a series of intensive design stages, including persona development and world building, to further develop our protagonist and explore questions like: Why was this 120-year-old nomadic woman so determined to extend her life?

On the final day of the workshop the full group reconvened and the teams presented the characters, plots, and future products they developed.

Since October, when the first part of the workshop took place, a group of science fiction writers and illustrators have been doing the heavy lifting to bring it all together. And last week, during the second part of the workshop with the full group, they further built on the characters and futuristic technologies that made the cut for the final graphic novel.

What will the end result look like? Stay tuned. I’ll give you a peek in the coming weeks.

Get an inside look at part one of the workshop by watching this video from the SciFi D.I. Part One.