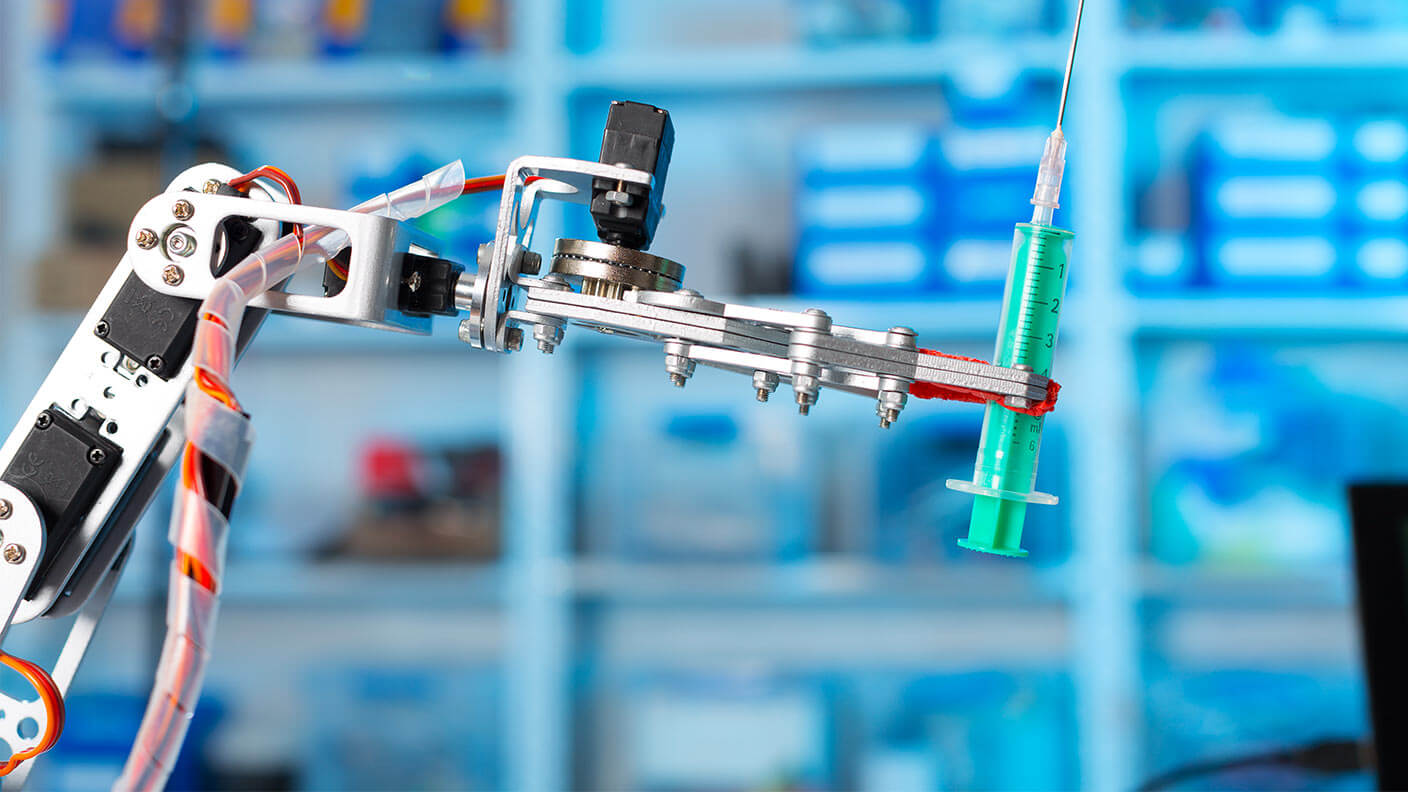 Imagine your child requires a life-saving operation. You enter the hospital and are confronted with a stark choice.

Do you take the traditional path with human medical staff, including doctors and nurses, where long-term trials have shown a 90% chance that they will save your child’s life?

Or do you choose the robotic track, in the factory-like wing of the hospital, tended to by technical specialists and an array of robots, but where similar long-term trials have shown that your child has a 95% chance of survival?

Most rational people would opt for the course of action that is more likely to save their child. But are we really ready to let machines take over from a human in delivering patient care?

Of course, machines will not always get it right. But like autopilots in aircraft, and the driverless cars that are just around the corner, medical robots do not need to be perfect, they just have to be better than humans.

So how long before robots are shown to perform better than humans at surgery and other patient care? It may be sooner, or it may be later, but it will happen one day.

But what does this mean for our hospitals? Are the new hospitals being built now ready for a robotic future? Are we planning for large-scale role changes for the humans in our future robotic factory-like hospitals?

Hospitals globally have been slow to adopt robotics and artificial intelligence into patient care, although both have been widely used and tested in other industries.

Medicine has traditionally been slow to change, as safety is at its core. Financial pressures will inevitably force industry and governments to recognize that when robots can do something better and for the same price as humans, the robot way will be the only way.

What some hospitals have done in the past 10 years is recognize the potential to be more factory-like, and hence more efficient. The term “focused factories” has been used to describe some of these new hospitals that specialize in a few key procedures and that organize the workflow in a more streamlined and industrial way.

They have even tried “lean processing” methods borrowed from the car manufacturing industry. One idea is to free up the humans in hospitals so that they can carry out more complex cases.

Some people are nervous about turning hospitals into factories. There are fears that “lean” means cutting money and hence employment. But if the motivation for going lean is to do more with the same, then it is likely that employment will change rather than reduce.

Medicine has long been segmented into many specialized fields but the doctor has been expected to travel with the patient through the full treatment pathway.

A surgeon, for example, is expected to be compassionate, and good at many tasks, such as diagnosing, interpreting tests, such as X-rays and MRIs, performing a procedure and post-operative care.

As in numerous other industries, new technology will be one of the drivers that will change this traditional method of delivery. We can see that one day, each of the stages of care through the hospital could be largely achieved by a computer, machine or robot.

Some senior doctors are already seeing a change and they are worried about the de-humanising of medicine but this is a change for the better.

Our future robot-factory hospital example is the end game, but many of its components already exist. We are simply waiting for them to be tested enough to satisfy us all that they can be used safely.

There are programs to make diagnoses based on a series of questions, and algorithms inform many treatments used now by doctors.

Surgeons are already using robots in the operating theatre to assist with surgery. Currently, the surgeon remains in control with the machine being more of a slave than a master. As the machines improve, it will be possible for a trained technician to oversee the surgery and ultimately for the robot to be fully in charge.

Hospitals will be very different places in 20 years. Beds will be able to move autonomously transporting patients from the emergency room to the operating theatre, via X-ray if needed.

Your medical information, including medications, will be read from a chip under your skin or in your phone. No more waiting for medical records or chasing information when an unconscious patient presents to the emergency room.

Robots will be able to dispense medication safely and rehabilitation will be robotically assisted. Only our imaginations can limit how health care will be delivered.

Who is responsible when things go wrong?

The hospital of the future may not require many doctors, but the numbers employed are unlikely to change at first.

Doctors in the near future are going to need many different skills than the doctors of today. An understanding of technology will be imperative. They will need to learn programming and computer skills well before the start of medical school. Programming will become the fourth literacy along with reading, writing (which may vanish) and arithmetic.

But who will people sue if something goes wrong? This is, sadly, one of the first questions many people ask.

Robots will be performing tasks and many of the diagnoses will be made by a machine, but at least in the near future there will be a human involved in the decision-making process.

Insurance costs and litigation will hopefully reduce as machines perform procedures more precisely and with fewer complications. But who do you sue if your medical treatment goes tragically wrong and no human has touched you? That’s a question that still needs to be answered.

So too is the question of whether people will really trust a machine to make a diagnosis, give out tablets or do an operation?

Perhaps we have to accept that humans are far from perfect and mistakes are inevitable in health care, just as they are when we put humans behind the wheel of a car. So if driverless cars are going to reduce traffic accidents and congestion then maybe doctorless hospitals will one day save more lives and reduce the cost of health care?