The Sleeping Brain Is a Marvelous Memory Making Machine

For as long as I can remember, I’ve wanted to learn Japanese.

Linguists often say that the best way to learn a foreign language is to immerse yourself in it, and that’s what I did. For a while, I put post-it notes on items with their Japanese names on them, watched anime with the subtitles off and even fell asleep to kawaii Japanese podcasts whispering in my ear.

Learn by osmosis, right? Maybe even as I sleep something will stick, I thought. 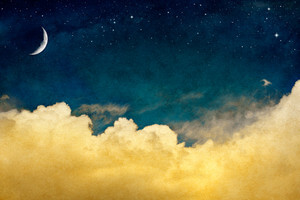 It sounds utterly nonsensical — learn while you’re unconscious?! — but the idea of sleep learning has thrived for centuries. Eerily described in Brave New World by Aldous Huxley in the 1930s, sleep was once thought to be a subliminal state similar to hypnosis, in which the person is susceptible to messages from the outside world.

Perhaps because of this dystopian sci-fi association, early neuroscientists lambasted sleep-learning — something desirable, marketable and potentially abusive — as quackery.

Sleep may be the brave new world for learning. A recent flood of high profile studies suggest that our nightly slumber profoundly boosts what we’ve learned in the previous day, making the information stick.

But here’s the crazy cool part: animals and humans may have the ability to absorb new information during sleep, without ever being consciously aware of the learning process.

Let me be clear: it’s an extremely contentious idea, one far from settled. But here’s what we know. The story starts with a seahorse-shaped brain structure called the hippocampus and the electrical waves that oscillate through it after the lights go out.

As you go about your day, various experiences are transformed into electrical impulses that spread through neural networks in the hippocampus. These waves of activity gently tweak the connections between neurons called synapses, making some stronger and others weaker.

Roughly speaking, memories are temporarily stored in these changes in synaptic strength, much like information in a computer is stored by swapping 0s and 1s.

Newly formed memory traces are extremely fragile. Without further processing, they fade into the brain’s background chatter. The hippocampus acts as a sorting facility for these newcomers — only the important ones are consolidated into existing memory networks and transferred to the cortex for more permanent safekeeping.

But what determines which memories are important enough to require further processing? This is where sleep comes in. 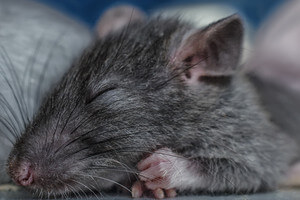 In the mid 1990s, scientists discovered a peculiar type of brain activity in deeply asleep rodents while studying spatial learning.

The previous day, the rodents had learned to navigate a new maze to get to a food reward. As they learned, a special type of neuron in the hippocampus called a “place cell” activated in sequence to encode the memory.

Place cells are incredibly specific for a particular location, acting almost like GPS coordinates. By looking at the pattern of place cell activation, scientists can roughly trace the animal’s trajectory through the maze.

The surprise came when the rodents drifted into a deep, dreamless stage of sleep called slow-wave sleep (SWS). During SWS, the brain’s electrical patterns lazily cycle between high peaks and low troughs. Yet periodically, the researchers observed sharp bursts of synchronous electrical activity puncturing these smooth oscillations. They came in incredibly fast frequencies, true to their name “sleep spindles.”

The scientists found these sleep spindles represented highly compressed information — when “stretched out” they were shockingly similar to the place cell activation patterns recorded the previous day. The hippocampus seems to be rebooting previously activated synapses, rehearsing the winning maze trajectory at fast-forward speed.

When scientists disrupted these sharp ripples, the memory faded.

Sleep seems to be the all-natural aid for better memory. And by studying how sleep works its magic, scientists have handed us the key to further boosting its effects.

Back in 2007, for example, two teams of German neuroscientists ambitiously demonstrated that a whiff of a familiar scent reactivates memories from the day before. The scientists had a group of medical students remember the location of card pairs on a computer screen. Whenever the students succeeded, the scientists puffed a burst of rose scent into their noses.

About a half hour later, the students took a nap while wearing EEG caps to monitor their brain activity. During SWS, some received the same rose odor — and upon awakening, they performed 15% better on the same card task than the control group that didn’t get the memory cue. 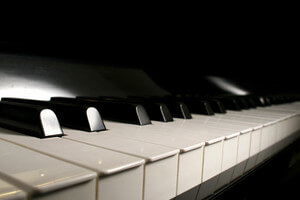 An even more tantalizing study came in 2012. Neuroscientists at Northwestern University taught musical novices to play melodies on a keyboard and subsequently put them to sleep. Half of the participants had the melody playing on repeat while they slept, and they made far fewer mistakes when asked to replay the melody after waking up.

Auditory cues also worked with language learning: softly playing recordings of Dutch to a group of German speakers as they slept helped them remember the meanings of newly learned Dutch words better.

Learning by osmosis might not be such a crazy idea after all.

It’s a natural way of getting the system into rhythm and making SWS more intense, Born said in an interview with BBC.

Meanwhile, other scientists are pushing the limits of sleep-learning. Instead of enhancing previously learned information, they’re testing ways to incept new memories into the slumbering brain.

In 2015, a team from Paris published a mind-boggling proof-of-concept.

Scientists recorded activity from place cells of a mouse as it explored a circular chamber. They then picked a single place cell, which encodes a precise location in the chamber. When the cell reactivated during sleep, the scientists zapped the pleasure center of the brain, thus creating a false association between the place cell and an intense sensation of pleasure. 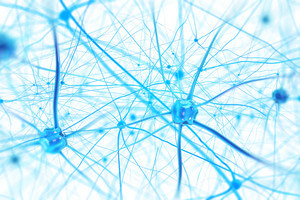 When the mouse awoke, it dashed towards that location in hopes of getting another pleasant high.

Rather than enhancing previous learning, scientists had formed a new memory during sleep in mice.

Not long after came the first demonstration of memory inception during sleep in humans. A team in Israel wondered whether linking something pleasant — the smell of cigarettes for smokers — to something wholly miserable — the smell of rotten eggs — could help smokers kick the habit.

Both odors were puffed into the volunteer’s nostrils during SWS. Upon awaking, participants smoked 30% less on average the following week. It may not seem like a huge effect, but remember: the participants didn’t have to suffer through the experience. Without ever being consciously aware of the aversive association, they subconsciously reduced their cigarette craving.

Although we don’t know how long the effects last, the therapy is easy and harmless enough for multiple treatments until the smokers kick the habit for good.

We’re just scratching the surface of sleep-learning. The benefits could be enormous. Students may be able to learn faster with minimal extra effort. Addicts may be able to gently disentangle from their drug-of-choice. PTSD sufferers may be able to encode pleasant memories to suppress traumatizing ones that haunt their dreams.

And for anyone with an overly hectic schedule, sleep may provide those bonus hours to master a new career skill, learn a new language or practice playing a new instrument.

But the question is: would you want to?

Sleep-learning may come at a price. So far, no one has studied whether amplifying memories or learning new things during sleep inhibits its other functions.

A recent study showed that during sleep, the brain’s sewage system kicks into high gear, washing out potentially harmful metabolic waste and reducing the chance of developing neurodegenerative diseases like Alzheimer’s. Spring cleaning in the brain needs a lot of energy, some of which would be siphoned away by sleep-learning.

What if the extra edge of better memory now comes at a price of dementia in later life?

Sleep-learning is a brave new world that we’ve just begun to explore. But one thing is clear: “night school” is about to take on a whole new meaning.