Fiber optics allow for the communication of data at the speed of light.

But the amount of data that can be sent along any optic fiber is limited by how much information you can encode into the light wave traveling through it.

But if we want to cram even more information through optic fiber, we need to use other features of light to encode more information, without disrupting currently used properties.

Such a feature could help boost the bandwidth of optic fiber technology, including our internet speeds.

If the light wave traveling through the optic fiber is twisted helically—like a spring—then it has angular momentum, which is a measure of its momentum when it rotates around a point.

But there was a major problem with using angular momentum to decode the information from the optic fiber. We needed a material with tiny nanoscale helical structures that could detect the twisted light.

Our research, published yesterday in Science, shows how we can control the angular momentum of light at a nanoscale using an integrated photonic chip.

So for the first time, we have a chip with a series of elaborate nano-apertures and nano-grooves that allow for the on-chip manipulation of twisted light.

The helical design of these tiny apertures and grooves removes the need for any other bulky interference-based optics to detect the angular momentum signals.

So if you send an optical data signal to a photonic chip, which is a microchip that uses light instead of electrons, then it is important to know where the data is going, otherwise information will be lost.

Using our nanophotonic chip, we can precisely guide angular momentum data signals without losing the information they carry.

What’s more, the angular momentum information of many different signals can be processed at the same time through the chip.

This means we can potentially achieve an ultra-wide bandwidth, with six-orders magnitude of increased data access compared to current technology.

Owing to the rapid development of nano-fabrication technology, we believe there is no technical challenge to the mass production of this chip today.

This breakthrough opens an entirely new perspective in employing light for chip-scale information generation, transmission and retrieval of images, videos, sounds and so on.

It could be used in applications such as data transmission, ultra-high definition displays, ultra-high capacity optical communications and ultra-secure optical encryption.

For example, the communication speed on the National Broadband Network can be boosted through the parallel processing of the angular momentum.

Since the chip consists of an array of individually-controlled single units, and each single unit is capable of independently processing the angular momentum information, this chip device allows for parallel processing of optical information.

A large number of optical fibers in one fiber bundle can be processed through the chip in parallel, which means the processing speed can be significantly increased by considering how large the array is.

For example, if we take 100 by 100 of such units in the array for the chip, then the speed could be boosted by four orders of magnitude.

This quirk of physics could one day lead to significantly faster internet speeds along with a host of other useful applications. 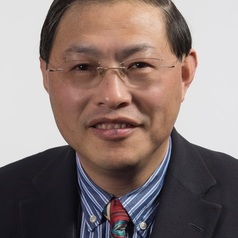