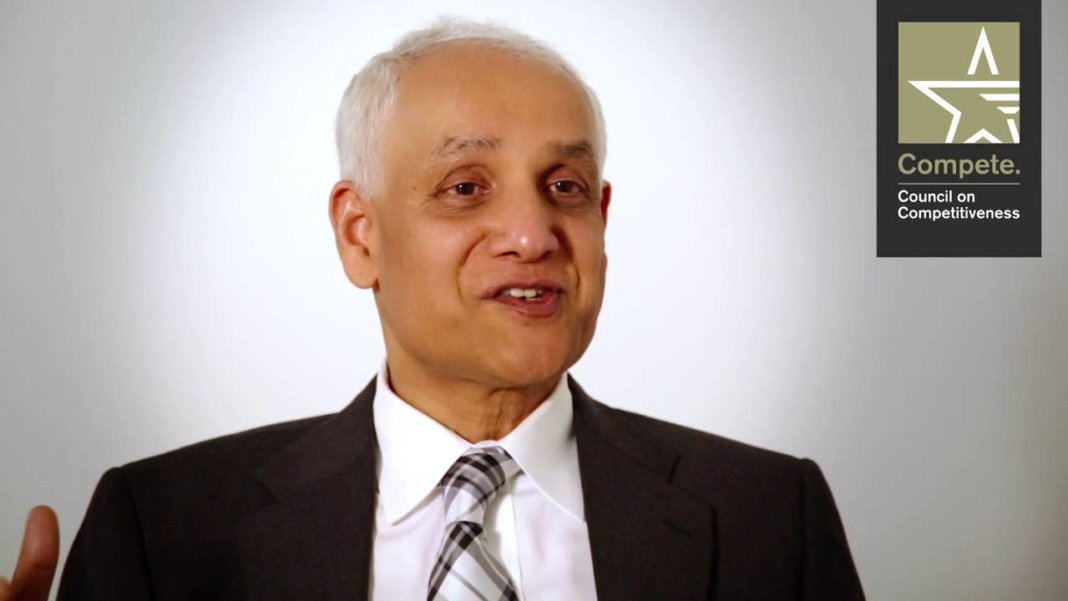 Visit Singularity Hub for the latest from the frontiers of manufacturing and technology as we bring you coverage of Singularity University’s Exponential Manufacturing Summit.

Technological progress often results from the flow between institutions driving cutting edge research and companies creating the products and services demanded by customers. At larger scales, say the regional or national level, it’s an ecosystem that remains challenging to manage, let alone catalyze.

But that’s exactly what government agencies are tasked to do in order to keep their industries competitive and their economies viable in the global landscape.

At the 2016 Exponential Manufacturing Summit in Boston, a panel was convened to discuss strategies for promoting global innovation. Among the distinguished panelists was Pramod Khargonekar, assistant director for the Directorate of Engineering at the National Science Foundation (NSF). Previously, he was an engineering professor at the University of Florida and will be soon returning to academic life.

“One path to progress,” said Khargonekar, “lies in connecting research universities, the federal government, and the private sector to make this process of innovation much faster, more productive, and much more competitive.” He wasted no time outlining how the NSF is spurring development by targeting specific domains in advanced manufacturing and launching a host of programs to encourage innovation.

In 2015, the NSF funded 30 projects (with a total of $6.5 million in awards) in cybermanufacturing—that is, web-based manufacturing infrastructure. This includes the research and prototyping of operating systems and applications to create platforms for large-scale manufacturing. Building these kinds of production services—ones that could utilize 3D printing and cloud computing, for example—means engineering the interoperability and security of design and manufacturing systems.

Khargonekar noted that cybermanufacturing brings together software, networks, distributed computing, production, and supply chains into an efficient manufacturing enterprise. He said, “[NSF’s] investment could be the foundations of the factory of the future.”

Next, Khargonekar turned to nature, posing a question that researchers are increasingly asking: “How can we learn from biology, which has an amazing sustainable manufacturing machine, to create new manufacturing processes for the kind of products we want?” 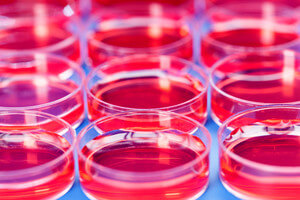 One research domain actively pursuing this question is advanced cellular biomanufacturing. Researchers in this field are focusing on developing cells to serve as the next generation of therapeutics, potentially revolutionizing healthcare and personalized medicine. By funding basic research at the cross-section of biology and engineering, the NSF hopes ground-breaking discoveries can be made in large-scale cell processing, cell preservation and distribution, process monitoring, and quality control.

With all the potential that nanotechnology holds, we’re still far from building with atoms at will. But efforts like the National Nanotechnology Initiative are looking to bring discoveries from chemistry and physics research into the manufacturing arena. “Through investments in basic research, we have learned a lot about how to manipulate matter at atomic and molecular scales,” said Khargonekar. “We want to now move all that knowledge to manufacturable products at scale and at cost.”

One technology he highlighted is adapting roll-to-roll manufacturing to produce nanoscale products. Traditional roll-to-roll processes involve manufacturing by coating a substrate, such as paper, in layers by rapidly moving it through a series of spinning cylinders. The same approach has the potential to work in nanomanufacturing. Multitudes of miniaturized electronic devices could be printed onto flexible plastic substrates with feature sizes as small as a few nanometers. Such methods could be more efficient and environmentally friendly than current fabrication methods.

To seed the next revolution in manufacturing, the NSF is investing heavily—to the tune of $200 million—into academic grants. As critical as it is to fund basic research, one could argue the more pressing need is applying that research to real world applications in the form of products and services.

“NSF’s sweet spot is basic research at US universities,” Khargonekar said, “but we are not contained to just stop there.” To leverage this research for manufacturing purposes, he pointed to three NSF initiatives aimed at solidifying innovative ecosystems in the US.

Innovation Corps Program (I-Corps): a public-private partnership involving teams of academic researchers, student entrepreneurs, and business mentors utilizing an experiential learning program to turn research discoveries into companies. To date, about 700 teams have participated with 250 new companies launched, some of which have been acquired.

Small Business Innovative Research: launched in the mid 1970s, the program enables small businesses to conduct federal R&D from 11 government agencies (including the NSF, NASA, and the DOE) with the incentive of profiting via private-sector commercialization.

Exploring Innovation Frontiers Initiative: a program in partnership with the Council on Competitiveness, a non-profit leadership organization, bringing together academic, government, and local industry to identify economic opportunities, including leveraging regional advantages to compete globally. The program has two goals: creating knowledge about the changing nature of innovation and catalyzing new public/private partnerships. Two have been completed already (Atlanta and Riverside), and three more are planned in the near future.

From Discovery to the Real World

As the NSF seeks to fuel the frontiers of innovation, the agency is looking beyond universities to the ecosystems that can make the most of its research investment. The future of US manufacturing rests on a technological foundation the NSF is helping to construct one grant at a time.

The potential implications for manufacturing are promising. As panel moderator Deborah L. Wince-Smith, who is president and CEO of the Council on Competitiveness, stated at the start of the panel, these efforts reflect “the potential and power of exponential manufacturing and what it means, not just to the frontiers of technology, but to our economic growth and productivity.”

CORRECTION: The previous version of this article listed the Council of Competitiveness as an NSF program. The Council is an independent, non-partisan, non-profit organization partnering with the NSF.