Let’s face it: most of us suck at managing money.

According to a National Bureau of Economics working paper published this March, roughly three quarters of all American households carry some form of debt. 40% haven’t paid off their credit cards. Nearly half have no savings at all. And the US isn’t alone: Canada, the UK and Australia are in roughly the same debt-ridden neighborhood.

There’s no doubt that we’re bad with money. But according to Richard Thaler, an economist at the University Chicago, we’re not (entirely) to blame. 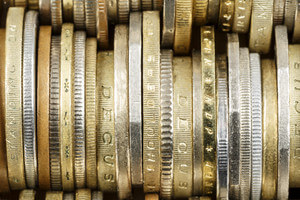 Economists have traditionally looked at human behavior through a distortion field, he explains. Through this lens, they build financial models and market theories based on a caricature of our actual species. The economists’ human, homo economicus, in a nutshell is hyper-rational, makes logical decisions without emotion, and always goes after the optimal outcome regardless of cost to others.

There’s just one problem. We’re not a bunch of Vulcans. If you’ve ever hit up a grocery store hungry and ended up with crap loads of junk food, you know the model’s wrong.

Unlike homo economicus, the human psyche runs on biases and emotions that often jeopardize our best intent. Our brains are not rational computers; our decisions vary widely with hunger, hormones, sleep and other physiological functions, often below our state of consciousness.

As Nobel Prize winning-economist Daniel Kahneman famously wrote in Thinking, Fast and Slow, “you think with your body, not only with your brain.”

Money and homo economicus may thrive in harmony, but money and homo erectus make an ill-matched pair. And as our financial system evolves but our emotions don’t, the relationship is bound to get even more complicated.

Most of us experience a sense of physical attachment when we shell out actual paper bills for goods. Yet with credit cards, bitcoins, PayPal, Venmo, Stripe, Square, Google Wallet and ApplePay — just to name a few — becoming increasingly popular, the act of spending is becoming alarmingly abstract.

According to cognitive scientists, when we consciously uncouple from physical money, we lose track of how much we’ve spent. One study in the Journal of Consumer Research, for example, shows that consumers using credit cards pay less attention to the price of the item, instead shifting focus to its perceived benefits. Another study, led by psychologist Dr. Ross Steinman at Widener University, found that the simple swap from cash to card boosts spending by 12-18%.

This effect, aptly named “decoupling,” is a recipe ripe for impulse spending. With the recent explosion in mobile and peer-to-peer purchasing, the situation is only going to escalate.

Our relationship with money is ripe for a complete overhaul. This got London design company Method thinking: since the root of the problem lies in our emotions, why not make them central to an entirely new class of bank — the “Bank of Physiology”?

A “hypothetical institute at the convergence of healthcare and personal finance,” the Bank of Physiology tracks many aspects of your physiology, such as hormone fluctuations, in an unobtrusive way as you go about your daily routine. The data is then used to draw up a profile of your spending patterns.

Why can’t real banks work in a similar way—benefitting both our physical and financial health?

It sounds like a far-fetched idea, but so did the concept of wearable devices and apps that automatically tracks and uploads your steps and sleeping patterns. Companies like Fitbit receive mountains of information on your daily movement patterns, which they then use to generate weekly reports to encourage more exercise. 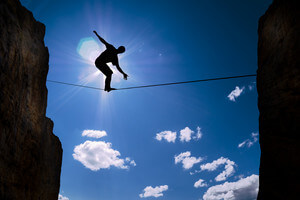 How much can hormones actually influence financial decisions? A lot, according to Method. In several studies looking at hormone levels and risk taking, researchers found that high levels of testosterone and cortisol make stock traders take substantially more risks. In the real world, these “subterranean shifts in risk appetite” can shake up the financial system, often in unpredictable ways.

Method believes human hormones and emotions can also contribute to the solution.

“What if you could look back at patterns in our hormones from [the] previous week or month and maybe see when you are doing things like comfort spending,” says Method’s creative direct Philip O’Dwyer.

“Maybe you could see that you had higher estrogen levels and that’s why you were buying extra stuff. That could potentially be interesting,” he says.

Devices that currently track and analyze hormone levels don’t yet exist, but according to O’Dwyer, the parts are there. As proof-of-principle, the team rigged up a conceptual toothbrush that collects your saliva twice everyday as you brush your teeth. Hormones in the saliva are then analyzed in real time — perhaps using “lab-on-a-chip” technology implanted in the toothbrush — and the data is uploaded into the cloud. By syncing with your daily spending, an app could then give you a glimpse into how you spend on a certain hormonal profile.

Method also envisions a biological upgrade to our chip-and-pin machines.

Rather than just taking our credit card information, these machines could evolve to collecting a small blood sample “to track dominant hormones at the point of purchase.” An app could potentially warn you to rethink your decision if your cortisone levels are high, for example, or if your hormonal status falls into the “rage spending” range, whatever that means to your body.

An app that allows us to witness, for ourselves, the interplay between hormones and finances would be extremely informative. But Method’s social experiment doesn’t stop there.

The real change is forging a link between physiological data and spending not just for consumers, but also for banking institutions.

Calling them “banks” really isn’t fair. Our vision of a future bank isn’t the numbers-only institutions we visit today. Instead, the new service lies at the crossroads of finance and healthcare, explains Method.

In essence, these are “teaching banks” — institutions that not only help you with your investments, but also stealthily give you cognitive behavioral therapy to quell brash spending habits.

It could come as an unobtrusive app notification: “your stress hormones are high, you have x bills coming up, based on your previous selected preferences, we encourage you to engage in 30 minutes of meditation.”

Would it work? Maybe — if there’re enough incentives. What if maintaining healthy physiological measures was tied to your interest rates or credit card perks? For the system to really take off, however, society needs a shift in how we regard these banks of physiology: not just money keepers, but also therapists.

Without doubt, Method’s idea is innovative, if somewhat creepy. Would I really want to give my financial advisor a complete detailed picture of my health?

It sounds like a huge breach of privacy, but then we already hand over private medical information to insurance companies and doctors, with the assumption that they will use the information for our needs. Similarly, many people are fine with genetic testing companies such as 23andme to use their genetic data for future research. Would Method’s “Bank of Physiology” — an economic extension of medical care — be viewed any differently?

Of course, there’s no evidence that Method’s thought experiment will come to pass. Even so, the idea of a radically different financial system — one that incorporates a core human trait — is inspiring.

“We wanted to take a step back from…everyday problems and really think about some of the major trends that we felt were going to affect…experiences in the future,” says O’Dwyer.

Maybe incorporating emotions into our banking system is a great idea. Maybe it isn’t. But one thing is for sure: our relationship with money is poised for a radical change.