What will the future look like? Imagine it for a second.

Maybe you see a gleaming city cleaner than anything has a right to be. Personal flying machines zip overhead, like insects pollinating megatowers in a skyline designed to make Dubai blush. Technology for the win. We humans have figured it all out.

POLL: Will the Future Be Hellish, Heavenly, or Simply Better Than Today? https://t.co/reY7g55oHG 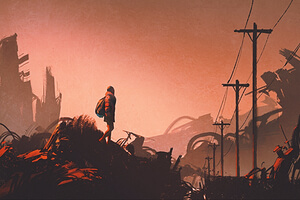 The Disney future was more popular before weapons of mass destruction, financial panic, and the internet made us “wise” and cynical about the direction of humanity. The new view is all about inequality, squalor, and robots run amok—99% of us turned away at Disney’s gates. (Pick your book, movie, or headline.)

These are obviously extreme (and cliché) scenarios, and yet they’re persistent in pop culture. It’s the utopians against the dystopians; the Pollyanas versus the Cassandras.

So, which worldview wins?

According to Kevin Kelly, senior maverick at Wired and fabulous author of the future, none of the above. Along with the release of his new book The Inevitable, Kelly’s been out on the interview circuit talking about how he looks ahead and what he thinks about the tension between pessimism and optimism.

“Despite the headlines and general pessimistic view, the world is getting better and has been getting better for hundreds if not thousands of years,” Kelly recently told the Observer. “Technology gives people more choices.”

Kelly is an optimist, but he isn’t a supporter of the Disney vision. The future doesn’t replace the present, he says, it builds on it, layer by layer. To him, the most plausible science fiction worlds are the “worn” ones.

Today, for example, there are more old technologies than new—more of wood, stone, and steel than silicon. Similarly, the world of tomorrow will be gritty and sparkling, high tech and low tech, humans living in a dizzying range of technological niches. Technology will solve old problems and create new ones, but the net result will be favorable. 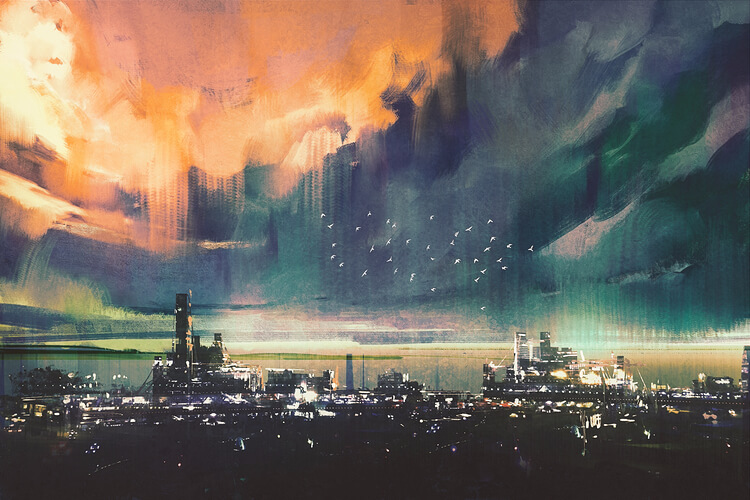 Whatever happens, Kelly believes technology is a force of nature. There’s no stopping it, but we can choose how gracefully we move ahead. The clearer we can see technological waves lining up on the horizon, the better we can catch and ride them.

“The future is coming very fast and most people are not really prepared to make the most of it,” Kelly said. “There’s a tendency to be worried about it and try to prevent it from coming and be confused by it, so I try to help people understand it and embrace it.”

He thinks our worst nightmares are unlikely, or at least unsustainable. Dystopias are traumatic like explosions and “it’s very hard to have a self-sustaining explosion [go on] for hours, or days, or years.” Meanwhile, the future belongs to the optimists.

“I think that the future is actually decided by optimists,” Kelly said. “It’s hard to be responsible for generational thinking if you’re pessimistic.” 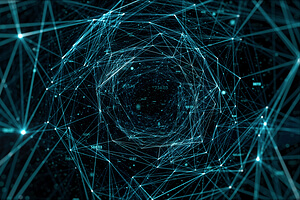 The best way to look ahead, according to Kelly, is to watch large trends and withhold judgement on the details. If you visited an alien civilization, it would inevitably have a telephone system or the internet. But iPhones, Snapchat, and Twitter? Not so much.

And past a point, it’s hard to predict even where the big trends will take us.

Kelly doesn’t think we’re headed toward a history-ending intelligence explosion in which god-like AI ushers in a perfect golden age (or armageddon). But he does think a “soft version of the singularity” is coming, like when humans invented language.

“…once we have a global connection of 7 billion people and 7 trillion machines and AIs all connected together…there may be things that happen at that level that we are not even aware of or can’t even be aware of.”

What future do you see when you look ahead? Do you tend toward the optimistic, pessimistic, or somewhere in between? Leave us a comment!