We often use the phrase to describe attraction, but only in a figurative way. After all, unlike homing pigeons, humans don’t have the power to perceive magnetic fields.

According to a small group of maverick scientists, the possibility of finding working compasses within our bodies ranges from “not surprising” to “overwhelming.”  The idea that humans can sense magnetism has been floating around in fringe academic circles for decades, mostly relegated to an unsavory pool of research topics that includes telepathy and mind control.

Study results from early pioneers only added to the contention. Some reported positive results with their human subjects; others dismissed the data when they couldn’t be replicated. No one had a clue how such a sense could work mechanistically or why humans  — who aren’t obligatory migratory animals — should have the ability.

Yet the evidence kept piling up. One group discovered proteins that respond to changes in magnetic fields in the human retina. Another found trace amounts of a highly magnetic mineral scattered all over the human brain. 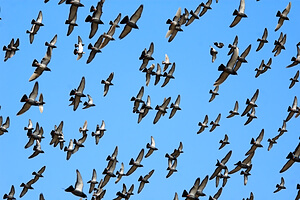 And magnetic sense doesn’t just serve migratory animals. Among biologists, it’s now widely accepted that many species are attuned to the Earth’s magnetic field. Among these are surprising candidates such as bacteria, lobsters, and mammals including wood mice and dogs.

“It’s part of our evolutionary history. Magnetoreception may be the primal sense,” says Dr. Joe Kirschvink, a geophysicist at the California Institute of Technology.

It’s a ripe time for a re-investigation. A strong proponent of human magnetoception, Kirschvink is spearheading a new $900,000 project, funded by the Human Frontier Science Program, to finally figure it all out.

The debate over whether humans can sense and extract spatial information based on the Earth’s magnetic field kicked off 30 years ago, when Dr. Robin Baker at the University of Manchester published a bizarre result in the esteemed academic journal Science.

In a series of experiments, Baker took hundreds of blindfolded university students on a bus trip that followed a tortuous road for up to 32 miles. At the final destination, he asked the students to point to the compass direction of the university.

Uncannily, most students could pick out the correct quadrant. When Baker added a bar magnet into their blindfolds to block the presumed magnetic sense, however, they lost their ability.

The subjects didn’t know why they pointed the way they did. They weren’t following a mental map, and most were surprised when their guess was so near the correct direction, Baker wrote in his paper.

Baker’s results seemed conclusive, but there was one big caveat. When asked to repeat his tests in the US, his efforts failed. Kirschvink was among his critics. Intrigued by the potential of human magnetoreception, the geophysicist tried to replicate several of Baker’s findings, but ultimately failed.

Amid all the controversy, research in the field dwindled.

Ironically, it was Kirschvink who picked up the torch.

A big breakthrough came in the 1990s, when his team discovered a highly magnetic mineral called magnetite in human brain cells.

The crystals are present at a minimum of 5 million per gram of brain tissue, they reported in the paper. That’s a lot.

Previous work had already shown that magnetite functions as a magnetic sensor in certain types of bacteria, allowing them to navigate based on the Earth’s magnetic field.

How the mineral activates neural pathways is still debatable. One idea is this: magnetite is an integral part of proteins called magnetoreceptors that sit on a neuron’s surface. Changes in the magnetic field tugs magnetoreceptors open, which lets ions rush into the cell. This creates a current, which is then passed down to the next neuron.

It’s a plausible theory, but the mere presence of magnetite in the brain doesn’t mean it’s functional. At the time of his discovery, Kirschvink speculated that magnetite might be behind some of the health issues associated with electromagnetic fields, only adding in passing that a better than average magnetic sense (presumably due to higher levels or more sensitive magnetite) might be why some people have a better sense of direction. 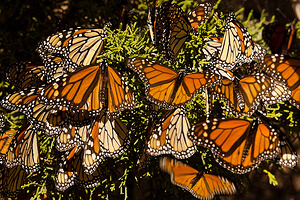 Two decades later, another finding pushed human magnetoreception back into the limelight. While studying monarch butterfly migration, Dr. Steven Reppert at the University of Massachusetts homed in on an ancient protein called cryptochrome.

Cryptochrome is an integral part of the body’s clock system — it belongs to a family of proteins found in all kingdoms of life. The protein changes its chemical behavior at the quantum level based on changes in magnetic fields. This is thought to create light and dark patches across an animal’s vision, allowing it to sense the field through its vision.

In 2010, Reppert found that fruit flies lacking cryptochrome lost their innate ability to detect magnetic fields. Surprisingly, when his team introduced the human version of the protein into cryptochrome-deficient flies, they regained their magnetic sense.

The conclusion? Since the protein is situated on our retina, humans may also be able to “see” magnetic fields. Why we can’t consciously perceive the fields like we do color, however, is an open mystery.

Although healthy skepticism is in order, the findings “suggest that a reassessment of human magnetosensivitiy may be in order,” wrote Reppert and colleagues.

A reassessment, using all the tools modern science has to offer, is exactly what Kirschvink and colleagues set out to do.

The plan is this: volunteers, wearing an EEG cap, are placed into a human-sized dark metal box lined with aluminum. Known as a Faraday cage, the device efficiently blocks out ambient electromagnetic noise from cell phones, computers and other confounding instruments. 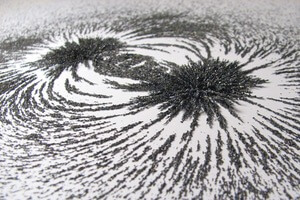 During a test, wire coils along the Faraday cage generate a rotating magnetic field similar in strength to the Earth’s. If humans have a magnetic sense, the scientists reason, this should trigger the brain to respond, which can be measured through EEG readings.

When the magnetic field rotated counterclockwise, EEG showed a sharp drop in alpha waves after a few hundred millisecond delay. Usually this happens when neurons fire up, suggesting the brain is actively responding to the change.

Intriguingly, the effect vanished when magnetic fields were rotated clockwise. It seems that the human compass has polarity, says Kirschvink.

Although Kirschvink hasn’t yet published his results, he’s completely behind them.

“Nailed it,” he wrote in an email to Science, “Humans have functioning magnetoreceptors.”

Contrary to Kirschvink’s statement, the quest is far from over.

The results first need to be replicated before they gain wider acceptance. Then comes the harder questions: if humans have magnetoreception, where are the receptors, how do they work and can we actually use them to navigate?

Conclusive answers are a ways off, but scientists have some ideas.

Cryptochromes, which sit in the eyes, likely measure changes in the field’s intensity and inclination — that is, how sharply the magnetic field’s angle strikes the Earth’s surface — rather than the state of the field directly. The even more mysterious magnetite may be present in other organs related to navigation, such as the inner ear. Both systems could work together to provide a spherical coordinate system used for spatial orientation.

Part of the reason human magnetoreception is so hard to study is that it’s so muted compared to our other senses. If it exists, it’s likely processed subconsciously.

Why would such a useful sense dwindle in humans?

Perhaps humans learned to rely on other means for navigation, such as place cells and grid cells in the hippocampus of the brain. Without use, the magnetic sense withered away.

Or perhaps we still have our full ability to detect and use magnetic fields, but “our electromagnetic world is interfering with our ability to do this kind of stuff,” says Dr. John Phillips at Virginia Tech.

Since we can’t (or won’t) shut down our electronics, could we perhaps one day boost our innate magnetoreception system? After all, optogenetics — using light to activate neurons — is steadily marching towards clinical trials. Is finding a magnetic tool to activate magnetite-containing receptors impossible?

It’s a moonshot, but it’s fun to speculate. As Phillips put it, “this is the fun stage where we are not constrained by many facts.”