In the next month, scientists from RetroSense Therapeutics will inject a virus deep into the retina of legally blind human volunteers.

The virus will carry what is perhaps the most monumental payload in modern neuroscience history: DNA that codes for channelrhodopsin-2, a light-responsive protein isolated from algae that — under blue light — activates cells in the retina, thereby transmitting visual information to the brain.

Forget electronic implants. If all goes well, these volunteers will be able to see again using their own eyes — but in no way a human being has ever experienced sight before.

But the stakes are even higher: if this works, it means that optogenetics — a revolutionary neuroscience technique using channelrhodopsin-2 and other light-activated proteins — is feasible in humans as therapy. 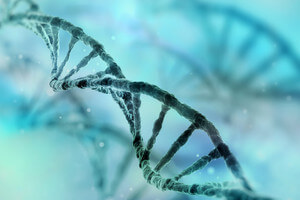 “This is going to be a gold mine of information about doing optogenetics studies in humans,” said Dr. Antonello Bonci, the scientific director of the intramural research program at the National Institute on Drug Abuse, to MIT Technology Review.

But let’s back up. To fully appreciate the phenomenal power of optogenetics, you first need to know a little about how it works.

Once inside the cell, the extra genes are treated by the host as its own. For example, a human cell will happily start producing the gene product — usually a protein of sorts — even if the protein originally came from plants.

About a decade ago, a team at Stanford figured out a way to control the activity of select neurons with exquisite precision. The key was a protein — channelrhodopsin-2, or ChR2 — that physically resembles a tunnel: normally it’s cinched shut, but in the presence of blue light, it opens up and allows molecules to flow through.

Our brain cells activate by opening certain kinds of channels dotted along their outer membranes. Once open, charged particles (aka ions) rush into the cell, which creates an electrical current. When strong enough, the current — the physical embodiment of “information” — flows across the neuron without decay and gets passed on to its downstream partner.

Repeat the process a few thousand times, and you get activated neural networks. This is, in a nutshell, how our brain processes stimuli and lets us behave in certain ways. 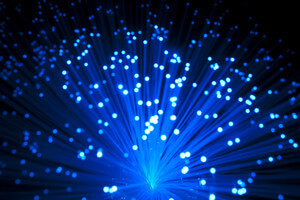 Normally our brain cells don’t respond to light — chemical stimuli flip the channels open. But what if we engineer light-responsive channels in neurons? Can we then artificially activate these modified neurons and neuronal networks with light?

The answer, the Stanford team found, was a resounding yes.

Not only could they turn neurons on and off using brief pulses of light, but by targeting the protein to certain populations of neurons using modern genetic engineering, they could practically turn on any brain circuits that they wanted.

One of the first videos ever released of optogenetic mind-control is simple but astounding: flip on a blue light, and a ChR2-enhanced mouse runs uncontrollably in circles; switch it off, and the mouse stops abruptly, probably confused by its own behavior.

Since then, the technology has been used around the world to help us understand how brains are wired, how they normally function and how they can go wrong.

Given the power of optogenetics to fine-tune brain circuits, rumors of its potential use in humans as therapy have floated around since its inception.

The trouble was getting a light source deep into the brain: in animals, scientists implant a tethered micro-optic fiber to directly shine light on neurons decorated with ChR2. In humans this is much harder, and more dangerous, to do.

In 2009, Dr. Zhuo-Hua Pan, a vision expert who led the research efforts at RetroSense, was struck with a brilliant idea: compared to deeper brain regions, the eye may be the easiest place to test optogenetics in humans.

The eye is transparent, wired to the visual cortex and naturally responds to light. Plop some ChR2 proteins into the eye, Pan reasoned, and blue wavelengths in natural sunlight should be able to activate them without needing other hardware.

It’s not just a matter of ease: if successful, the venture could benefit people who suffer from retinitis pigmentosa (RP), an inherited eye disease in which the retina quickly degenerates. Symptoms of RP often begin in childhood, and most patients are legally blind by 40. There is currently no cure.

Using six years to refine and perfect their research idea, RetroSense finally drew up their study plan and submitted it to the FDA last September.

“The study is composed of two parts,” explained the company in their proposal.

The gene encoding ChR2 will be delivered into the retina of the eye by injecting the virus through a long, thin needle. In the first part of the study, scientists will test three different doses on volunteers with advanced disease to suss out a safe and effective dose.

The second part is also devoted to safety. The goal is to obtain “additional safety data at the highest tolerated dose” and provide “important additional clinical data to guide the design of future efficacy studies,“ wrote the study authors.

If it works, what will the patients see?

No one can say for sure. After all, this will be the first time humans experience the visual world through the light sensor of algae.

But studies with blind lab mice may give us a hint. In one previous study, after optogenetics treatment, previously blind mice could swim out of a chamber in which the escape route was brightly lit. On average, they escaped as fast as mice with normal vision.

However, since ChR2 isn’t as sensitive to light as our normal retina cells, the patients’ new-gained sight may falter in dimly lit indoor areas and at night.

They would also likely only see monochromatically. Due to its biochemical properties, ChR2 only responds to blue light, so only objects that reflect blue wavelengths will be visible.

That said, Pan expects the treatment to add 100,000 new light-sensing retinal cells, which should be enough to see substantial improvement in the patients’ vision.

Scientists are also continuously engineering new generation channelrhodopsins with higher sensitivity and the ability to respond to other wavelengths of light. It may be a while before these newer sensors reach human trials, but the potential of tapping into more of the visible color spectrum is promising.

Other teams are trying to cut the (fiberoptic) cord. Kendall Research, a spinout company from MIT, is developing light sources that weigh only three grams and can be controlled through a computer program (or potentially, even an app). Like a “wireless router to the brain,” this could let patients control their brain activation simply by flipping on a light switch.

RetroSense is not the only company betting on light-based brain therapies.

Circuit Therapeutics, a biotech startup based in the Bay Area hopes to use the technique to turn off chronic pain and dampen uncontrollable tremors in Parkinson’s disease. Some very early efforts are looking into optogenetics as a treatment for depression. Also targeting retinal and macular degeneration are Paris company GenSight Biologics and EOS Neuroscience, based in San Francisco.

RetroSense may be the harbinger, but the future of optogenetic therapy is only going to get brighter.