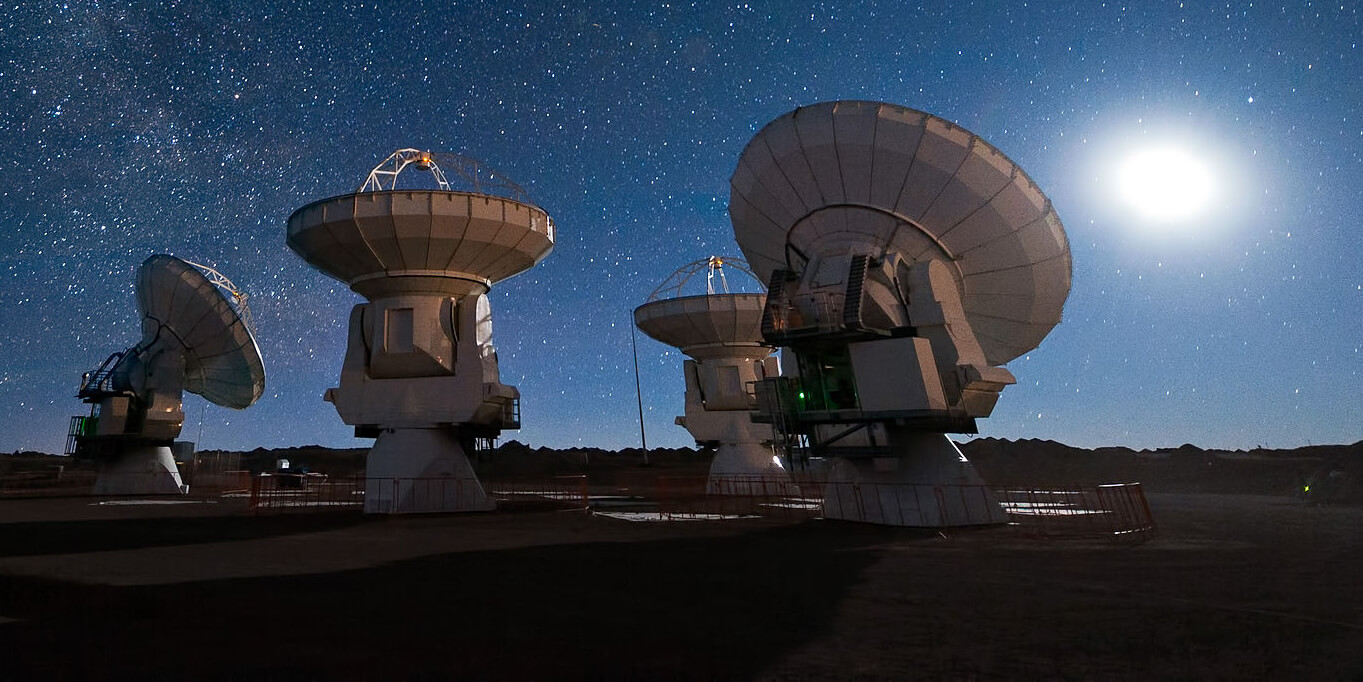 Are we alone in the universe? We don’t know. But as Carl Sagan said, if we are, it seems like an awful waste of space. At Singularity University Global Summit, Jill Tarter, Bernard M. Oliver chair for SETI, discussed her mission to answer the question that’s haunted us as long as we’ve known enough to ask.

The SETI Institute is an organization dedicated to finding an intelligent signal out in the cosmos—some inkling we have company—and Tarter has been there from the beginning. Ellie Arroway, Jodie Foster’s character in the movie Contact, was based on Tarter’s work.

Unlike in Contact, we have yet to find a signal, but Tarter thinks we’re getting closer.

In recent years, Tarter said, we’ve found life can survive in surprisingly extreme and variable conditions, and there are more planets like ours in the galaxy than we ever imagined. We’ve even found one such planet orbiting our nearest neighbor. Proxima Centauri is a small, dim star a little over four light years from us, and it’s home to a planet like Earth with the potential for liquid water.

The odds seem better than ever.

Tarter said the question now is: “Which of these potentially habitable worlds is actually inhabited?” The SETI Institute is one way we might find out. By sifting through the electromagnetic chatter of the cosmos, we may find something a little too structured, something only another technological civilization could have produced.

This is the world-shaking signal SETI’s after.

If you’re a space nerd like me, SETI’s search is fascinating.

But it’s easy to assume everyone feels the same, and I’ve found that isn’t always the case. The universe is almost comically huge; its most salient features are impossibly far apart; and astronomical studies can feel a little detached from reality on Earth.

Proxima Centauri, for example, is just a step away in the grand scheme, but it’s still a mind-blowing distance for us to travel. If the Voyager spacecraft now hurtling out of the solar system were aimed in the right direction, they’d take tens of thousands of years to reach Proxima Centauri.

We may one day make faster ships. But even at the speed of light, the universe’s unbreakable (we think) speed limit, our galaxy would take some 100,000 years to traverse edge to edge.

Why commit time, money, and some seriously bright brains to discovering another civilization we may never visit or even exchange pleasantries with? It isn’t just for the sake of it, according to Tarter.

She thinks the search for ET delivers a more united perspective, making our differences seem smaller. And if we successfully find another civilization, it will immediately offer hope for the survival of our own species.

If technological societies like ours don’t persist, the probability we’d hear from them is low. All of human history is a blip in cosmological time, and we’ve had advanced technology for a fraction of that blip. If intelligence and technology don’t last long, you might imagine civilizations like ours as disconnected flashes in the cosmos—brilliant but short and unlikely to see each other.

But if SETI succeeds and detects a technological signature out there, it would suggest technological civilizations do, in fact, persist long enough to overlap in time. And this would suggest, in turn, that despite our struggles and challenges and shortcomings, we may persist too.

Such a signal, then, would be a hopeful snapshot of our future.

We may find simple life in our own solar system, perhaps on Mars or a watery outer solar system moon. But it seems we’ll have to look to other stars for a technological civilization like ours. There are a few ways we may make such a discovery.

A more advanced society than ours may build large structures around their star. These massive works would, in theory, block a significant fraction of their sun’s light.

One mysterious case, dubbed Tabby’s Star, recently sparked the imagination when scientists observed upwards of 22% of its light is blocked from time to time. There are a number of competing guesses as to why—including a swarm of comets—but of course, the one most reported is the possibility of alien megastructures in space indicating an advanced technological civilization.

The jury is still out on Tabby’s Star, however, and scientists caution aliens are, at present, not the likeliest explanation.

More traditionally, SETI has used radio telescopes to listen for the kinds of signals humans began producing not long ago with the advent of telecommunications technology. There have been a few exciting moments—including the famous “Wow!” signal and a more recent signal detected by a Russian telescope—but to date, none have panned out on further investigation.

“There are going to be signals that you see once and don’t see again,” SETI’s Seth Shostak recently told Space.com. “It’s like people who see ghosts. If you see it once, but when you go back, with a camera and all that, it’s not there, what do you conclude from that?”

In the case of the Russian signal, despite a round of furious speculation, it’s now thought to have human origins in our neighborhood as opposed alien ones many light years away.

But we’ve really only begun the search.

“Today, we’re a very young technology in a very old universe, and we don’t really know if it’s possible to grow old. We don’t know whether it’s possible for technology to stabilize a civilization, a planet for long astronomical times,” Tarter said.

“But if SETI succeeds, we know immediately that somewhere, someone else has managed to grow old, and that means we can do so as well.”