Some biological processes are so central to life as we know it that it’s tempting to assume all the key innovations in biochemistry have already happened.

Processes like photosynthesis and glycolysis have existed for millennia and are essential to the survival of countless species. But the Earth is only just over halfway through its habitable phase, with somewhere between 1.75 and 3.25 billion years of evolutionary time still stretched out ahead of us.

That means it’s highly likely revolutionary new processes at the heart of metabolic biochemistry will evolve before the Earth ceases to support life, according to a recent opinion piece in the journal Royal Society Biology Letters by Jodi Brewster, a post-doctoral fellow at the University of Otago in New Zealand, and her colleagues. 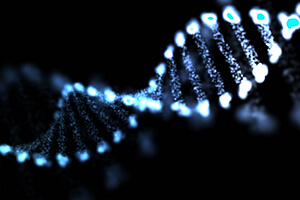 What those processes may look like is an open question, but Brewster says the nascent field of synthetic biology could offer glimpses of our evolutionary future. By allowing scientists to tinker with the genetic code at the heart of life, synthetic biology also may be accelerating our progress towards these revolutionary adaptations.

Synthetic biology is essentially an application of engineering principles to the fundamental molecular components of biology. Key to the process is the ability to design genetic circuits that reprogram organisms to do things like produce biofuels or excrete the precursors for pharmaceuticals, though whether this is commercially viable is another question.

MIT’s Jim Collins, one of the founders of synthetic biology, recently explained it to me as putting the engineering into genetic engineering.

“Genetic engineering is introducing a gene from species A to species B,” he said. “That’s the equivalent of replacing a red light bulb with a green light bulb. Synthetic biology is focused on designing the underlying circuitry expressing that red or green light bulb.”

As well as introducing entirely novel processes into cells, synthetic biologists have been working to refine those already there. Despite millions of years of evolution, some aspects of photosynthesis “remain woefully inefficient,” Brewster writes, and improved photosynthesis could have enormous impact on agricultural productivity. 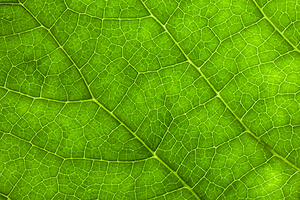 Some researchers have attempted to transpose more efficient approaches to photosynthesis found in simpler organisms into crop plants.

Cyanobacteria achieve higher efficiency by concentrating CO2 in organelles called carboxysomes, which are filled with Rubisco, a key enzyme in the carbon fixation process. A group from Cornell engineered tobacco plants to express cyanobacterial Rubisco within carboxysome-like structures inside the plants’ chloroplasts, boosting their rate of carbon fixation. An Israeli team went further by combining existing metabolic building blocks from various organisms to design a host of synthetic carbon fixation pathways, some of which outperformed natural pathways.

Glycolysis — the metabolic pathway that releases energy from glucose — has comparable inefficiencies. Many pathways include a step where only four carbons from a six carbon sugar are put to good use, with the other two lost as CO2. This prompted a team from UCLA to design a synthetic pathway, dubbed non-oxidative glycolysis (NOG), that puts all six carbon atoms to good use.

Despite the huge amount of thought that has gone into these solutions to metabolic inefficiencies, according to Brewster and colleagues the amount of evolutionary time ahead of us means nature would be almost certain to stumble across them in the future anyway. The fact that horizontal gene transfer — where genetic material is transferred between species — is so common in bacteria makes this even more likely.

If these adaptations confer an evolutionary advantage, they are likely to proliferate through nature. Therefore, Brewster and colleagues say synthetic biology should be viewed as ‘biology not yet in the databases.’ The solutions synthetic biologists devise could have existed in the past, could simply be undiscovered, or could evolve in the future.

But by offering glimpses of future evolutionary events, synthetic biology may be accelerating that evolution.

Natural innovations in gene regulation have been central for major breakthroughs in the development of life, such as the emergence of multicellularity or complex developmental pathways. New innovations in gene regulation developed by synthetic biologists are likely to result in dramatic phenotypic changes in future organisms, say Brewster and colleagues.

The idea that nature would inevitably happen upon the innovations of synthetic biology may be overly simplistic. The researchers conclude “only time will tell whether there are viable evolutionary trajectories for realizing them in ways that increase organismal fitness,” but synthetic biology is not driven by survival of the fittest, it’s driven by the needs of humans.

Synthetic biology may result in biological systems that would never survive in nature. It’s hard to see how an adaptation to synthesize biofuel would offer an evolutionary advantage to bacteria in the wild. MIT’s Collins has already freed synthetic biology from the cell by freeze-drying synthetic gene circuits onto paper to act as biosensors. His MIT colleagues have even used synthetic biology to turn E. coli cells into living computers able to remember and respond to sequential input data.

While synthetic biology may be giving us new insights into where evolution could be leading us, it’s possible that evolution as we know it is over. Rather than nature being in the driver’s seat, we may be entering an age where humans are the guiding hand behind life’s bewildering complexity.