Will Letting AI Make Our Decisions Be the Best Decision We Make?

I confess: while writing this, I was intermittently procrastinating by browsing the overwhelming number of wireless headphone options on the market.

As you may have heard, Apple just killed the headphone jack on their new generation of iPhones, leaving only a single port. This means a solid pair of wireless earbuds will be a must if you want to charge and listen to music at the same time. And those puppies aren’t cheap. How to pick the best bang for your buck?

We make a crushing number of choices every day — over 200 just for food — and businesses aren’t helping. “Consumers want more options” seems to be the core mantra guiding design operations, with companies offering an embarrassment of riches in every field. 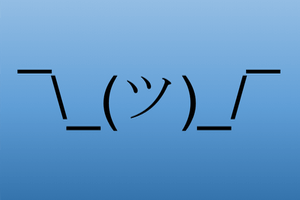 But is more really better?

In 2004, the psychologist Barry Schwartz popularized the idea of “the paradox of choice”: when presented with too many options, we freeze in indecision and experience intense dissatisfaction. A related, perhaps more insidious problem is “decision fatigue” — a type of brain drain that happens when we make too many choices, exhausting our better judgment, becoming rash or avoiding the decision-making process altogether. Brain drain may be why judges deny parole more often in the afternoon, why we buy junk food when shopping hungry or make impulsive purchases before sleep.

When surveying the types of choices we make each day, the majority are trivial — what to eat, wear, read — hardly the best use for our limited brainpower. Instead of dwelling on those microdecisions, what if we could remove them from our lives altogether, outsourcing them to companies and algorithms?

According to Aaron Shapiro, the CEO of the creative agency Huge, such a world is beginning to take shape.

Writing in FastCompany’s Co. Design blog, Shapiro delivers his manifesto: “The next big breakthrough in design and technology will be the creation of products, services, and experiences that eliminate the needless choices from our lives and make ones on our behalf, freeing us up for the ones we really care about: Anticipatory design.”

In a nutshell, anticipatory design creates an ecosystem where users don’t have to make decisions — instead, a choice is made automatically on the user’s behalf without input. Here, an AI determines the best option based on the user’s prior behaviors, preferences, and other data, guided by some simple business logic and common sense to smoothly complete the decision cycle.

In a way, anticipatory design is personalization on steroids. 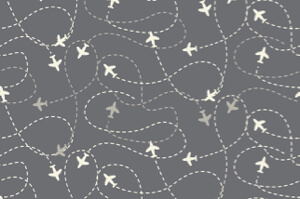 Here’s an example. Say you need to book a flight — you search through airline aggregation sites for the best choice, weighing in on price and agony, doing all the hard work yourself. In anticipatory design, an AI assistant scans for upcoming out-of-town events in your calendar and automatically books a ticket, carefully choosing airlines, seats, flight time and price based on previous bookings.

Of course, with a system like this, feedback is required at the beginning, explains Shapiro. However, like any other machine learning system, the more you use it, the better it gets. In the end, the system simplifies life by removing intermediate steps toward a goal—whether it’s buying a ticket, picking a restaurant, or even choosing a date on Tinder. Instead of asking Siri to call a Lyft, the AI assistant may automatically schedule one to pick you up after your event.

Anticipatory design strives to deliver what technology promised in the first place: to make things simpler.

According to Shapiro, some pioneers are already taking baby steps in that direction, though with mixed results. For example, Amazon, Netflix, and Pandora offer a smattering of recommendations based on a user’s past picks — though one might argue those systems often make things harder because they still require the user to make the ultimate decision.

In contrast, a Nest smart thermostat does all the work without consulting you. The Internet of Things poster child automatically tweaks room temperature based on the time of day and your prior preferences.

Then there’s Spotify. Rather than offering individual songs for users to pick and choose like its competitors, the service’s Discover Weekly playlists serve up songs as a package based on the user’s taste profile — and it’s tremendously popular, perhaps contributing to the dominance of the service over other music streaming apps.

“It’s not hard to see how today’s services can easily evolve for an anticipatory future,” wrote Shapiro.

Perhaps. If you’re skeptical, I’m with you. Are our behaviors really so predictable that an algorithm can guess our spur-of-the-moment decisions? What will we be relinquishing when we outsource choice?

That something as deeply subjective as music preference can be so readily anticipated by computers offers hope that our decision-making processes — however mercurial — can be automated to some extent.

Regardless, for such systems to work smoothly, we need training data. A lot of data.

Luckily, we’re in the era of the “quantified self.” Fitbit and other health-tracking devices are just the tip of the iceberg; future gadgets could collect real-time information about all aspects of our physiology, such as hormones and brain waves, and build models of the user’s emotional state and preferences. 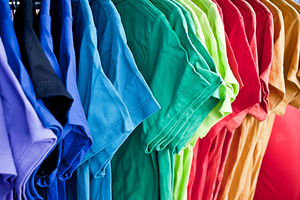 The store began by categorizing their T-shirt styles and colors into different “mood territories” based on survey data — for example, green for calm. The customers then donned headsets that measured their brain activity while watching video clips that represented different kinds of moods. UMOOD measured their responses to the videos and offered the best shirt that fits the bill.

Yes, it’s gimmicky. And yes, the customers loved it.

Picking a shirt may seem trivial, but similar technologies could potentially help us with banking, finance and other larger life decisions. To get there, early implementations of anticipatory design systems could suggest solutions rather than carry out the decisions. Once trust is earned, Shapiro envisions a system that aggregates different streams of data from different sources, which works “behind the scenes to do things automatically, all in the service of letting you focus on what’s most important to you in work and life.”

No doubt, Shapiro paints a rosy picture. But he did leave some things out.

Privacy is an obvious concern. As Anne Quito pointed out in Quartz, “Anticipatory design presents new ethical checkpoints for designers and programmers behind the automation, as well as for consumers. Can we trust a system to safeguard our personal data from hackers and marketers — or does privacy become a moot concern?”

That said, the tradeoff between privacy and convenience is hardly limited to anticipatory design and well in effect in our current smart systems. The debate is far from settled, though in the end, it may (somewhat ironically) come down to personal choice.

More philosophically, some argue that prediction introduces constraints in what we understand about human behavior, making stereotypic assumptions and preemptively robs us the freedom of choice. While that may be true, for those who strive for efficacy, not freedom, the allure of having trivial decisions made for them is deeply alluring.

Besides, if such services achieve the goal of freeing up our mental resources, one could argue we will have more power over how we decide. By relinquishing some control and allowing machine-driven designs to sweat the small stuff, we may finally be able to focus on tackling decisions that really matter.