They are wise-cracking companions, able to communicate in more than six million languages. Others are bent on enslaving or destroying humanity, deeming themselves better, more rational caretakers of the Earth in light of our irrational behaviors.

Pilot or garbage man, soldier or slave, hero or villain—robots have played every role imaginable in popular science fiction for nearly a century.

In the 21st century, real-life robots inspired by their fictional counterparts are beginning to take starring roles in everyday life.

Several companies, Google among them, are testing autonomous cars (unfortunately, there is no indication that they will be able to travel into the past or future anytime soon). The Japanese have enthusiastically embraced the robot revolution, employing them in a variety of jobs, including a talking office receptionist, a security guard and even a primary school teacher.

And while the U.S. military might be far from fielding its own unholy army of robots, it already employs them in some tasks, such as bomb disposal, and is developing a disaster-response robot called Atlas with Boston Dynamics out of Waltham, Mass, though the hulking 6’2”, 330-pound humanoid robot seems to be built more for creating mayhem rather than to responding to it.

(Check out the latest, smaller generation of Atlas below.)

“I think robotics is absolutely influenced by sci-fi. In fact, most roboticists I know are in robotics because of sci-fi,” says Illah R. Nourbakhsh, professor of Robotics at Carnegie Mellon University (CMU). “So, it’s a very dear part of what many us of dream about.”

One of the biggest dreams of many roboticists is AI—artificial intelligence—for robots. It’s a dream rapidly becoming reality: Robotics labs around the world are developing software with the subtleties of human intelligence. Hong Kong-based Hanson Robotics, for instance, builds some of the world’s most humanlike AI machines, replete with patented nanotech skin that closely resembles human skin in its feel and flexibility. Its most famous robot, Sophia, has made headlines for her uncanny looks and intelligence.

It doesn’t hurt, of course, that robots like Sophia look (sexy) and act (sassy) like the androids from movies such as Blade Runner or Ex Machina. (Never mind that Sophia did express some desire to destroy humans.)

“Science fiction certainly influences the scientists who are building the future, but it also sets expectations among the general public for what the future should look like,” notes New York Times best-selling author Daniel H. Wilson, whose books include How to Survive a Robot Uprising and Robopocalypse. He also holds a PhD in robotics from CMU, as well as master’s degrees in artificial intelligence and robotics.

“To some extent, anyone creating a next-gen consumer product has to conform to those expectations; otherwise, people freak out,” he adds over an email exchange. “So, I think sci-fi probably has a greater effect on the look of robots that physically interact with members of the general public (i.e., autonomous vehicles, mobile robots, and AI user interfaces).”

The idea of the robot—a thing animated and moving on its own volition—dates back as far as Greek literature, according to the online Encyclopedia of Science Fiction. In Homer’s Iliad, for instance, the demigod Hephaestus fabricates three-legged creatures capable of attending to the gods. The word “robot” itself is much younger; it came into use about 95 years ago with the premiere of a science fiction play by Czech writer Karel Čapek. 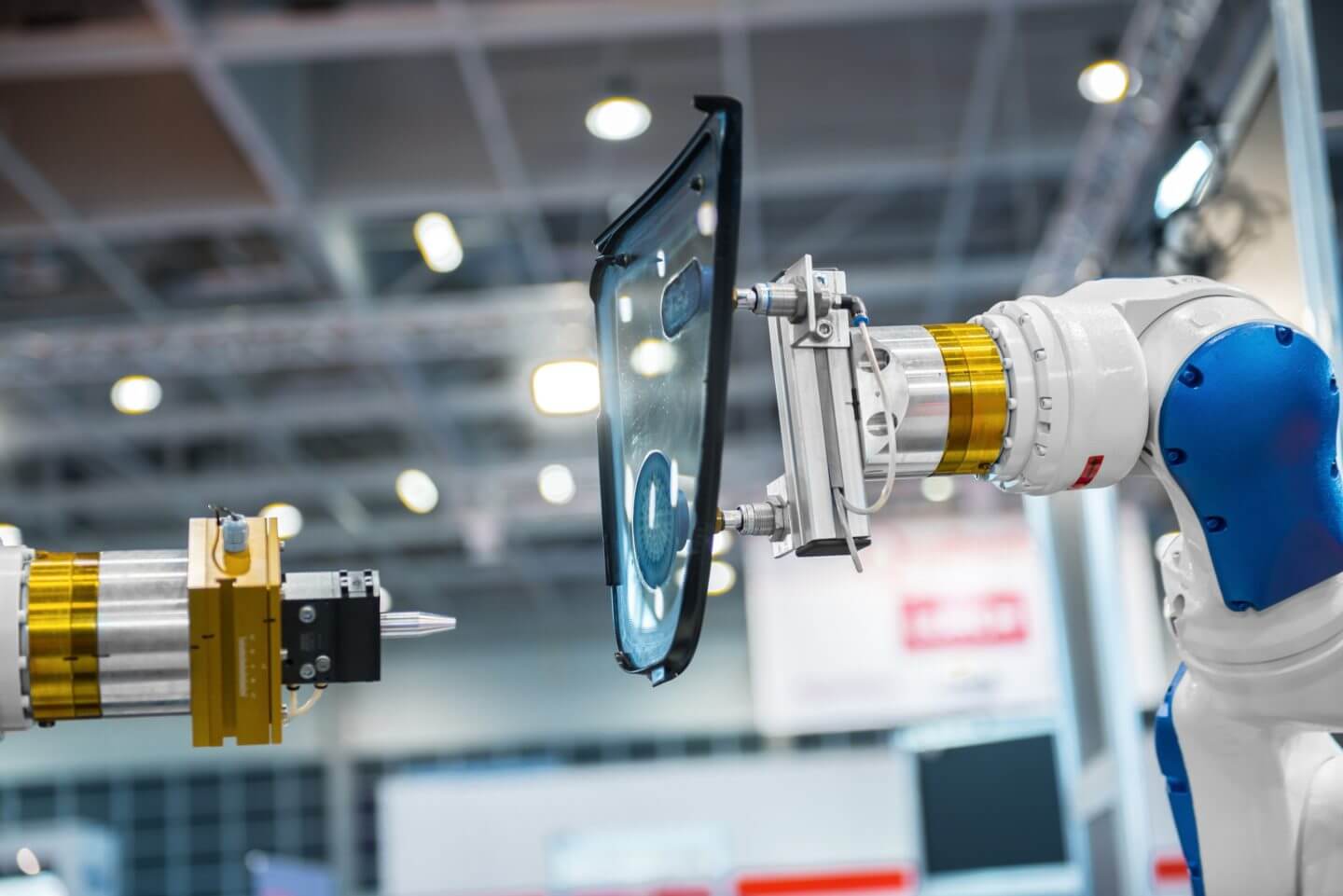 In less than a century, robot mythology has become as rich as any tale told by Homer. Storytellers like Isaac Asimov and Philip K. Dick have enshrined some of our basic tenets and philosophies about robots or androids (a term Dick preferred). Movies and TV shows like Star Wars and Battlestar Galactica have given us droids—a Lucasfilm trademark since 1977—and killer robot armies.

The latter theme—this idea that robots are out to exterminate humanity —is a prevalent one in science fiction. Wilson’s theory is that robots are an easy target on which to project our general fears of technology.

“Humankind depends on tools to survive, yet those tools might kill us one day,” he says. “We’re afraid of ourselves and what we might do with our big brains. So what better physical incarnation of that basic fear than a red-eyed, metal-skinned robot with buzz-saws for hands?

“I wrote How to Survive a Robot Uprising while I was a graduate student at Carnegie Mellon Robotics Institute—the moment I realized that real robotics technology had outpaced popular culture,” Wilson continues. “Movies and television were full of humanoid hunter-killers, but at CMU we were building an amazing variety of intelligent machines. It was my duty to inform the public how to survive attacks from more than just terminators—what about giant walkers, swarms, and autonomous vehicles gone haywire?”

Nourbakhsh says the apparent love-hate relationship with robots is because they threaten our sense of human identity. “What does it mean to be human as ever greater parts of what we, uniquely, do becomes not so unique when robots can do it, too?”

The attitudes toward robots also seem to fall along cultural divides, according to Nourbakhsh, who serves as the director of the CMU’s CREATE Lab and is head of the robotics master’s program at the university’s Robotics Institute. He is the author of Robot Futures, among other books, and writes frequently on the topic of technology and society.

“[Often] it is in the Asian cultural context that you see the compassionate side—think of Atom Boy/Astro Boy; and in the U.S., we specialize in the post-apocalyptic vision of robot-destruction, a la Terminator,” he says. “It’s all about reflecting parts of our humanity; the question is simply which aspects of humanity do we graft onto the robot trope most convincingly?

“I believe the core aspect of robotics that is now pregnant with the dreams of [science] fiction is the area of human-robot interaction, the study of how we design robots to behave and respond to humans as they start to pervade all our social spaces,” Nourbakhsh adds.

Even the most intense and realistic sci-fi doesn’t have to invoke killer robot armies, as Wilson points out, to offer hints of what the near-future in robotics may hold for humanity.

“I think novels and short stories are better than movies at reflecting advanced robotics research because they don’t depend so much on pretty visuals,” he explains. “Obviously, you see a lot of humanoid robots in film—they’re convenient. But some of my favorite science fiction examines topics that don’t translate well visually, like neural uploading.

Cory Doctorow has a story called I, Robot in which a father considers what it means that his daughter has uploaded herself into a machine and created a thousand copies of herself. Does he love them all, or none of them? Mind blown.”