What If a Social Score Determined Your Success? China’s About to Find Out 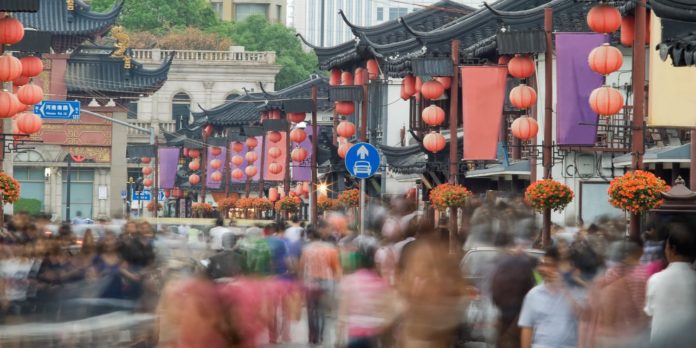 In an episode of the Netflix dystopian drama Black Mirror, characters live in a future where they have a ‘social score’ that dictates the terms of pretty much every aspect of their lives: who their friends are, where they live, how they’re treated by strangers, and even how much they pay in rent. Unhappy with her score, the protagonist takes drastic measures to raise it, but winds up losing her mind and going to jail.

Sound futuristic, creepy, and unlikely to ever happen in real life?

Unfortunately, no—a real-life, present-day version of this scenario is taking off in China, where the government is implementing what it calls a social credit system. It’s already being piloted in the eastern provincial capital of Hangzhou.

It’s unclear how some of the more difficult-to-measure criteria will be tracked, but the system plans to include data about everything from traffic violations to payment timeliness to how people treat their parents.

The Wall Street Journal broke the credit categories down into traditional, social, and online. Traditional inputs don’t differ much from the way our financial credit scores are derived in the US, tracking payment of bills, loans, and taxes.

Some of the social inputs aren’t too out of the ordinary, either: criminal record and adherence to traffic rules, for example. But then it gets a little weirder: academic honesty, volunteer activity, and observance of family planning laws are all included too. Perhaps the strangest category is filial piety: the Confucian virtue of respect for one’s parents, elders, and ancestors. How do you measure that?

Online input—essentially a reduced-privacy version of current big data tracking—is the piece that will be implemented last, and will include information about what people buy online and their digital interactions with other internet users. Think twice before you like that Facebook photo of your friend doing a keg stand…

Government monitoring of daily life isn’t a new thing in China. Every working citizen of the country has what’s called a dangan, or employee file, which is started in high school then later transferred to one’s employer.

Dangan contain information about grades, spending habits, friends, legal disputes, and basically any other information an employer may want to know about its employees. The importance given to the dangan lessened over the past couple decades as the economy moved from planned to free-market, but the files can still be used against people in arbitrary and damaging ways.

The government also uses blacklists to restrict peoples’ activity or deny them certain services. This means one mistake can cost you dearly and make unrelated areas of your life harder; losing a court case about rent payment could end up barring you from buying train tickets. The newest blacklist is for obnoxious tourists, and the government implemented it to improve China’s image abroad after many incidences of bad vacation behavior by Chinese citizens.

Amid the obvious concerns over privacy invasion and further limitation of freedoms like speech and expression, one reverberation of the social credit system that hasn’t been discussed much is how it could affect interpersonal and community relationships. Social input data, for example, will come partly from ‘residential committees’ charged with monitoring and reporting people’s behavior.

Besides creating a stratified society where upward mobility will be harder for low scorers (often arbitrarily), the system could cause all kinds of rifts to spring up between neighbors, coworkers, and even friends. The system’s stated purpose is to “allow the trustworthy to roam everywhere under heaven while making it hard for the discredited to take a single step.”

I don’t know about you, but I’d want to try pretty hard to make sure I didn’t end up in the ‘discredited’ basket.

Internet companies like Alibaba will log online activity and assign ratings to users based on their internet footprints, and eight companies have already been approved to run experiments with social credit scoring using personal data.

With almost 1.4 billion people, China makes up about 19% of the world’s total population. That’s a lot of people, and a lot of people to monitor closely enough to assign a meaningful social credit score to.

If a number produced by an algorithm is going to determine access to higher education, quality and amount of loans, and even whether or not one is admitted to luxury hotels, it’s pretty important that that number be accurate. Even with local governments, residential committees, and internet companies banding together to collect and report citizens’ data, the management of the data will be an enormous challenge.

Social credit scoring is expected to be rolled out by 2020. It’s yet to be seen whether fear of a low score will be enough to change people’s behavior, regardless of the numbers buried deep in government databases.