Exponential Growth Will Transform Humanity in the Next 30 Years 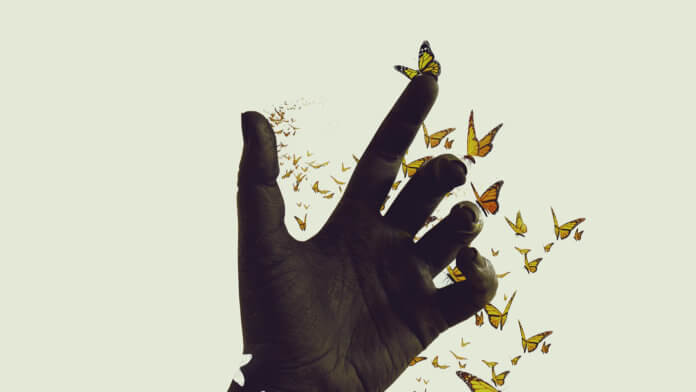 As we close out 2016, if you’ll allow me, I’d like to take a risk and venture into a topic I’m personally compelled to think about… a topic that will seem far out to most readers.

Today’s extraordinary rate of exponential growth may do much more than just disrupt industries. It may actually give birth to a new species, reinventing humanity over the next 30 years.

I believe we’re rapidly heading towards a human-scale transformation, the next evolutionary step into what I call a “Meta-Intelligence,” a future in which we are all highly connected—brain to brain via the cloud—sharing thoughts, knowledge and actions. In this post, I’m investigating the driving forces behind such an evolutionary step, the historical pattern we are about to repeat, and the implications thereof. Again, I acknowledge that this topic seems far-out, but the forces at play are huge and the implications are vast. Let’s dive in…

A Quick Recap: Evolution of Life on Earth in 4 Steps

About 4.6 billion years ago, our solar system, the sun and the Earth were formed.

Step 1: 3.5 billion years ago, the first simple life forms, called “prokaryotes,” came into existence.These prokaryotes were super-simple, microscopic single-celled organisms, basically a bag of cytoplasm with free-floating DNA. They had neither a distinct nucleus nor specialized organelles.

Step 2: Fast-forwarding one billion years to 2.5 billion years ago, the next step in evolution created what we call “eukaryotes”—life forms that distinguished themselves by incorporating biological ‘technology’ into themselves. Technology that allowed them to manipulate energy (via mitochondria) and information (via chromosomes) far more efficiently. Fast forward another billion years for the next step.

Step 3: 1.5 billion years ago, these early eukaryotes began working collaboratively and formed the first “multi-cellular life,” of which you and I are the ultimate examples (a human is a multicellular creature of 10 trillion cells).

Step 4: The final step I want to highlight happened some 400 million years ago, when lungfish crawled out of the oceans onto the shores, and life evolved from the oceans onto land.

The Next Stages of Human Evolution: 4 Steps

Today, at a massively accelerated rate—some 100 million times faster than the steps I outlined above—life is undergoing a similar evolution. In this next stage of evolution, we are going from evolution by natural selection (Darwinism) to evolution by intelligent direction. Allow me to draw the analogy for you:

Step 1: Simple humans today are analogous to prokaryotes. Simple life, each life form independent of the others, competing and sometimes collaborating.

Step 2: Just as eukaryotes were created by ingesting technology, humans will incorporate technology into our bodies and brains that will allow us to make vastly more efficient use of information (BCI) and energy.

Step 3: Enabled with BCI and AI, humans will become massively connected with each other and billions of AIs (computers) via the cloud, analogous to the first multicellular lifeforms 1.5 billion years ago. Such a massive interconnection will lead to the emergence of a new global consciousness, and a new organism I call the Meta-Intelligence.

Step 4: Finally, humanity is about to crawl out of the gravity well of Earth to become a multiplanetary species. Our journey to the moon, Mars, asteroids and beyond represents the modern-day analogy of the journey made by lungfish climbing out of the oceans some 400 million years ago.

The 4 Forces Driving the Evolution and Transformation of Humanity

Four primary driving forces are leading us towards our transformation of humanity into a meta-intelligence both on and off the Earth:

1. Wiring the Planet: Today, there are 2.9 billion people connected online. Within the next six to eight years, that number is expected to increase to nearly 8 billion, with each individual on the planet having access to a megabit-per-second connection or better. The wiring is taking place through the deployment of 5G on the ground, plus networks being deployed by Facebook, Google, Qualcomm, Samsung, Virgin, SpaceX and many others. Within a decade, every single human on the planet will have access to multi-megabit connectivity, the world’s information, and massive computational power on the cloud.

2. Brain-Computer Interface: A multitude of labs and entrepreneurs are working to create lasting, high-bandwidth connections between the digital world and the human neocortex (I wrote about that in detail here). Ray Kurzweil predicts we’ll see human-cloud connection by the mid-2030s, just 18 years from now. In addition, entrepreneurs like Bryan Johnson (and his company Kernel) are committing hundreds of millions of dollars towards this vision. The end results of connecting your neocortex with the cloud are twofold: first, you’ll have the ability to increase your memory capacity and/or cognitive function millions of fold; second, via a global mesh network, you’ll have the ability to connect your brain to anyone else’s brain and to emerging AIs, just like our cell phones, servers, watches, cars and all devices are becoming connected via the Internet of Things.

3. Artificial Intelligence/Human Intelligence: Next, and perhaps most significantly, we are on the cusp of an AI revolution. Artificial intelligence, powered by deep learning and funded by companies such as Google, Facebook, IBM, Samsung and Alibaba, will continue to rapidly accelerate and drive breakthroughs. Cumulative “intelligence” (both artificial and human) is the single greatest predictor of success for both a company or a nation. For this reason, beside the emerging AI “arms race,” we will soon see a race focused on increasing overall human intelligence. Whatever challenges we might have in creating a vibrant brain-computer interface (e.g., designing long-term biocompatible sensors or nanobots that interface with your neocortex), those challenges will fall quickly over the next couple of decades as AI power tools give us ever-increasing problem-solving capability. It is an exponential atop an exponential. More intelligence gives us the tools to solve connectivity and mesh problems and in turn create greater intelligence.

4. Opening the Space Frontier: Finally, it’s important to note that the human race is on the verge of becoming a multiplanetary species. Thousands of years from now, whatever we’ve evolved into, we will look back at these next few decades as the moment in time when the human race moved off Earth irreversibly. Today, billions of dollars are being invested privately into the commercial space industry. Efforts led by SpaceX are targeting humans on Mars, while efforts by Blue Origin are looking at taking humanity back to the moon, and plans by my own company, Planetary Resources, strive to unlock near-infinite resources from the asteroids.

The rate of human evolution is accelerating as we transition from the slow and random process of “Darwinian natural selection” to a hyper-accelerated and precisely-directed period of “evolution by intelligent direction.” In this post, I chose not to discuss the power being unleashed by such gene-editing techniques as CRISPR-Cas9. Consider this yet another tool able to accelerate evolution by our own hand.

The bottom line is that change is coming, faster than ever considered possible. All of us leaders, entrepreneurs and parents have a huge responsibility to inspire and guide the transformation of humanity on and off the Earth. What we do over the next 30 years—the bridges we build to abundance—will impact the future of the human race for millennia to come. We truly live during the most exciting time ever in human history.

The implications and opportunities this next decade for entrepreneurs are massive.

This is the sort of conversation we explore at my executive mastermind group Abundance 360 (A360).

A360D is my ‘onramp’ for exponential entrepreneurs – those who want to get involved and play at a higher level. Click Here to Learn More