5 Reasons This Was an Awesome Year for Space Exploration 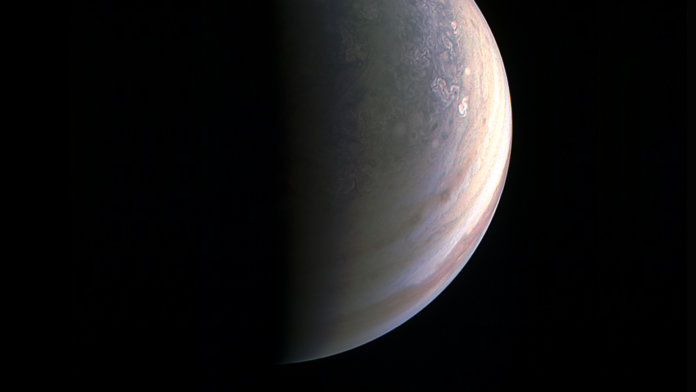 On 14 February, 1990, as the spacecraft Voyager 1 was leaving our planetary neighborhood, legendary astronomer and cosmologist, Carl Sagan, suggested that NASA engineers turn it around for one last look at Earth from 6.4 billion kilometers away. The picture that was taken depicts Earth as a tiny point of light—a “pale blue dot,” as it was called—only 0.12 pixels in size.

In the mind-expanding monologue that followed, Sagan made a profound point: “Our posturing, our imagined self-importance, the delusion that we have some privileged position in the universe, are challenged by this point of pale light. Our planet is a lonely speck in the great enveloping cosmic darkness.”

Preoccupied by our everyday lives and earthly ambitions, it’s easy to forget we are living in a universe 93 billion light-years across (taking into account cosmic inflation). In the estimated two trillion galaxies in our observable universe, there are more stars than grains of sand on all the beaches on Earth.

Our minds have simply not evolved to truly grasp such vast vistas and grand scales.

Yet, there is an entire universe out there waiting to be observed and explored. Globally, this idea has motivated numerous private and governmental organizations to drive innovation in astrophysics research, spacecraft technology and even interplanetary colonization plans.

But getting to space, living there, and traveling astronomical distances remain some of the greatest engineering challenges we face. So, where are we in our quest to explore the cosmos?

There is no shortage of space exploration news.

This year alone has seen many accomplishments, including NASA’s deep space probe Juno arriving at Jupiter and several successful reusable rocket landings from SpaceX.  Not too long ago, the ifirst tool, a wrench, was 3D printed in space.

International space programs are growing all around the world, with world-class agencies in Russia, India, Japan, China, United Arab Emirates and more. But government agencies like NASA aren’t the only ones that can make large-scale exploratory projects possible. In fact, we are seeing an increasing privatization of space exploration.

In March, NASA selected research and technology proposals from over 100 companies, with total contracts valued at $100 million, as part of the Small Business Innovation Research (SBIR) program. And many startups are making their presence known and diversifying the industry, providing even more innovative solutions in space travel.

While astrophysicists are continuing to better understand the nature of the cosmos, engineers and entrepreneurs are enhancing the tools accessible to us for exploring our universe. Visionary entrepreneurs like Elon Musk, Richard Branson and Jeff Bezos are launching projects involving exciting feats ranging from space tourism to reusable rockets.

Here are a few of 2016’s big stories in space exploration.

Despite being the largest planet in our solar system, there remain many questions to be answered about Jupiter. On July 4th, the Juno spacecraft successfully entered orbit around the gas giant. The five-year trip cost over a billion dollars and has been considered one of the most difficult projects NASA has accomplished.

A close-up analysis of Jupiter could provide new insights into the origins of our solar system. Furthermore, it has become the furthest-flung spacecraft ever to use solar power, pushing innovation for solar panels into the outer solar system. Despite a few instrumentation glitches that may affect the length of the mission, Juno has begun to send back images and data.

Known as Hubble’s successor, the James Webb Space Telescope will allow us to peer to the edges of our observable universe. With longer wavelength coverage than the Hubble telescope and improved sensitivity, we will be able to look further back in time and space than ever before.

Looking back into the early stages of the universe is just as challenging as it sounds. Like many projects of its scope, James Webb experienced budget and scheduling issues. It cost four times what was initially proposed and is at least seven years late. Despite these setbacks, the final primary mirror segment of the telescope was installed this February and the telescope was completed in November. It’s scheduled to launch in October 2018.

Elon Musk’s SpaceX aims to reduce space transportation and exploration costs, with the ultimate goal of allowing humans to live on other planets. The company’s Falcon 9 reusable rockets accomplished amazing feats this year.

SpaceX recovered five rockets in 2016 (for a total of six to date). Four of those rockets landed on a robotic landing platform at sea, a significantly more difficult task than landing on a launch pad on land. Sea landings are necessary if SpaceX is to send reusable rockets into a number of different orbits.

Despite some pretty spectacular accomplishments this year, getting to space using chemical rockets is still dangerous business. A SpaceX rocket exploded on the launch pad in September—the second failure in two years—causing delays and an extended investigation.

Nevertheless, SpaceX continues to innovate and each attempt brings it closer to its goals. Next steps include launching a recovered and refurbished reusable rocket. Meanwhile, Jeff Bezos’ Blue Origin, which is also working to make reusable rockets routine, launched and landed a refurbished suborbital reusable rocket several times in 2016.

Could we live on another planet? In September, Musk unveiled the SpaceX’s Interplanetary Transport System (ITS) with the goal of establishing a human colony on Mars. Boosted into space by the world’s most powerful rocket, each spaceship will carry 100 people to the Red Planet and make at least a dozen trips. “We’re figuring out how to take you to Mars and build a self-sustaining city, to become a truly multiplanetary species,” Musk announced.

There are, of course, many challenges to tackle before Mars is habitable, including developing adequate food and water sources and protection against radiation. One significant point Musk noted was, ultimately, such a project would rely on public and private collaboration. Space exploration is undeniably a test of our capacity to collaborate as a species.

One of the major challenges in space travel is developing spacecraft that can travel fast enough to cover space’s vast expanses. Today’s rockets are simply too slow and heavy to reach the stars over human timeframes. One of the major goals of future projects is to develop alternative space propulsion systems.

The goal of the $100 million project is to figure out how to use a laser and light sail to propel gram-scale “nanocraft” to 20% of the speed of light. These “fully functional space probes” would carry “chips with cameras, photon thrusters, power supply, and communication equipment.”

Such a spaceship could reach our nearest neighboring star system Alpha Centauri within 20 years of launch.

Of course, there’s plenty of work yet to be done to make this a reality, but one trend is clearly in the project’s favor. Spacecraft have become much smaller and cheaper to make in recent years thanks to continued miniaturization and declining costs of high-quality sensors and computer chips.

In their own words, the Breakthrough Initiative aims to push humanity forward and answer the questions: “Are we alone? Are there habitable worlds in our galactic neighborhood? Can we make the great leap to the stars? And can we think and act together — as one world in the cosmos?”

Space is still the final frontier. It’s expensive, dangerous, and difficult to go there. But we shouldn’t forget how far we’ve come since our ancestors first left Africa 200,000 years ago and learned to survive and thrive nearly everywhere on Earth. Every problem has a solution, and though we don’t live in a perfect world, humans are exceptional at pushing the boundaries of progress.

In the words of Neil DeGrasse Tyson, “Doing what has never been done before is intellectually seductive, whether or not we deem it practical.”