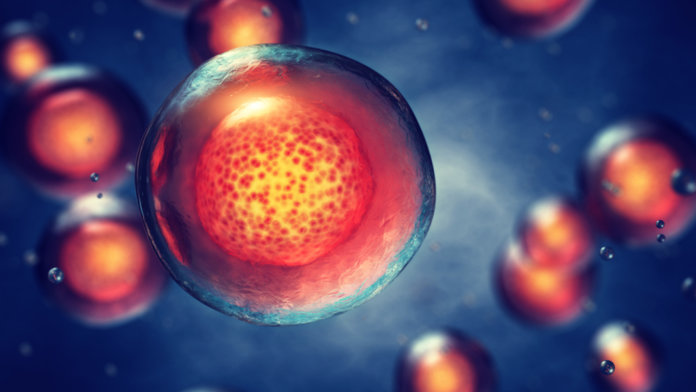 The quest for the fountain of youth is as ancient as humanity itself. Now, it appears scientists may have found the source.

Using a process designed to “reprogram” normal adult cells into pluripotent stem cells—cells that can transform into many different kinds of cells—researchers have managed to boost the life spans of mice by up to 30% and rejuvenate some of their tissues.

The treatment did not change the cell’s genetic code, but rather chemical attachments on their DNA called epigenetic marks, responsible for regulating the genome and determining how active certain genes are.

The findings suggest that epigenetic changes are at the heart of the aging process, and offer the tantalizing possibility that those changes may be malleable and possibly even reversible.

“Our study shows that aging may not have to proceed in one single direction,” Juan Carlos Izpisua Belmonte, a professor at the Salk Institute for Biological Studies in San Diego who led the research, said in a press release. “It has plasticity and, with careful modulation, aging might be reversed.”

In 2006, Japanese researcher Shinya Yamanaka showed that it was possible to convert adult cells into induced pluripotent stem (iPS) cells by exposing them to four specific transcription factors (proteins that regulate gene expression). He won a Nobel prize for the discovery in 2012 and the factors are now named after him.

Other researchers have since shown that reprogramming adult cells into stem cells appears to rejuvenate them. But most studies have only achieved this in the petri dish, and attempts to induce pluripotency in animals have resulted in them developing tumors.

Normally the reprogramming process requires the cells to be exposed to the Yamanaka factors for weeks at a time. But in a paper published in the journal Cell last week, the Salk researchers describe how they discovered that reducing the exposure time resulted in the reversal of many of the hallmarks of aging without fully reprogramming the cells.

They started by testing the approach on cells from mice with progeria, a disease that causes accelerated aging in both mice and humans. The results were promising, so they decided to see if they could induce the same process in live animals.

They genetically modified mice to respond to the antibiotic doxycycline by switching on four genes that produce the Yamanaka factors before cycling the mice on and off the drug, administering it for two days and then withholding it for five.

This partial reprogramming extended the mice’ lifespan from 18 weeks to 24 on average. The mice looked visibly younger, their organ function improved, and importantly, they did not develop tumors.

To see if the approach was isolated to mice with progeria, the researchers then tested it on normal middle-aged mice. They found that partial reprogramming enhanced the regeneration of muscle tissue and beta cells in the pancreas after injury.

Applying partial reprogramming to human skin cells in a dish also made them look and behave young again, but the researchers concede there is a long way to go before they can determine if the approach could lead to potential treatments for people.

“Obviously, mice are not humans and we know it will be much more complex to rejuvenate a person,” said Belmonte. “But this study shows that aging is a very dynamic and plastic process, and therefore will be more amenable to therapeutic interventions than what we previously thought.”

The Salk researchers hope that using easier-to-handle chemicals instead of the Yamanaka factors to reverse the epigenetic changes may prove more practical, but they say it could easily take a decade to get clearance for clinical trials.

Nevertheless, the study provides support for the idea that aging is driven by these epigenetic changes. In humans these changes can often be caused by environmental factors like pollution, stress or smoking and gradually accumulate throughout our lives, making us more vulnerable to disease.

“I do think that epigenetic reprogramming is the ultimate way to reverse aging,” David Sinclair, a Harvard University geneticist and anti-aging researcher, told Scientific American. “This work is the first glimmer that we could live for centuries,” he added.

Compounds like rapamycin and resveratrol, and practices like calorie restriction and transplanting blood from young mice into new mice, have been demonstrated to have anti-aging effects too. Matt Kaeberlein, a molecular biologist at the University of Washington, told Scientific American this suggests there may be more than one aging process at play and therefore extending longevity may require a combination of therapies.

Belmonte told the magazine that it’s possible aging is actually regulated by a single tissue. His lab’s working hypothesis is that this may be the hypothalamus region of the brain, which controls things like hormones, body temperature and circadian rhythms.

It is not yet clear whether the partial reprogramming process affects all tissues in the same way. Regeneration biologist Clive Svendsen of Cedars-Sinai Medical Center in Los Angeles told Science Magazine the study certainly proves that it can rejuvenate some tissues.

But he would like to see studies demonstrating an increase in longevity in healthy animals and also proof that the approach can reduce the effects of aging in the nervous system before he gets too excited.

“Who wants to have a young heart and an old brain?” he said.