Life’s ever-repeating cycles of birth and death are among the most fundamental principles of nature. An organism starts out as a single cell that grows and divides, develops into an embryo, matures and reaches adulthood, but then ages, deteriorates, and eventually succumbs to death.

But why does life have to be cyclic, and why does it have to end in senescence and death?

After all, animals like corals and marine sponges live for thousands of years and are capable of virtually infinite regeneration and cell repair. Even in more complex animals, offspring do not inherit their parents’ age: every new generation starts with cells in a pristine state, with no trace of aging. If senescence is somehow suppressed in reproductive cells, why do the rest of the organism’s tissues end up deteriorating and dying?

At the end of the 19th century, the German biologist August Weismann realized that complex organisms consist of two cell types: the “immortal” germline—eternally young cells that give rise to sperm and eggs—and the “disposable” somatic cells that form the rest of the body.

Germline cells form lineages starting with a fertilized egg all the way to the production of new reproductive cells, preserving genetic information and transferring it to the succeeding generations. Soma, on the other hand, contribute no hereditary material and merely form a protective shell that is discarded after reproduction.

Weismann envisioned a simple organism model with a strict separation between germline and soma—the so-called Weismann barrier—in which no age-related deterioration acquired by somatic cells could ever be transmitted via germline to the next generation, which is always born young.

More recently, Weismann’s ideas were given an overhaul by Thomas Kirkwood in his “disposable soma” theory of aging. Inspired by the ideas of Medawar and Williams, Kirkwood argued that the force of natural selection declines with age, as most organisms in their natural environments die due to external hazards such as predators, parasites and starvation.

At the same time, organisms must invest resources into both the reproductive effort and the maintenance and repair of their somatic cells. But because the probability of surviving external threats declines with time, the optimal strategy is to allocate less and less resources into somatic maintenance as time goes by. Lack of cell repair in the later stages of the life cycle results in the progressive loss of function and gradual decay—aging.

Crucially, Kirkwood realized that his “disposable soma” theory works only if there is a strict distinction between germline and soma. Organisms in which the Weismann barrier is violated—if somatic cells are also used for reproduction, for instance—should not age.

And indeed, the real-world picture turned out to be more complex than Weismann’s model could have predicted. 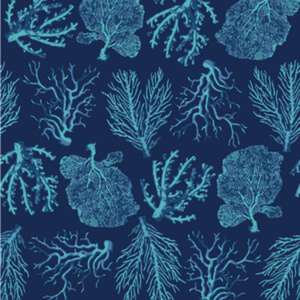 In complex animals like mammals, birds and insects, Weismann’s assumption of the rigid germline-soma distinction holds true: only a relatively small group of cells in an adult retain reproductive potential, while the rest become irreversibly differentiated into somatic tissue cells—liver, skin, muscle—that cannot give rise to a new organism.

But this is not the case in the most ancient members of the kingdom, such as hydrae, corals and sponges. Even in their adult forms, these organisms maintain large populations of universal stem cells that can generate both somatic and reproductive cells, that is, germline and soma never really segregate. It is the lack of germline sequestration that gives corals and their relatives the power of regeneration and vegetative plant-like reproduction.

Equally impressive is the variation of animal life spans and the rates of aging.

A typical human life expectancy of some 70-odd years is much longer than the 2-year lifespan characteristic of house mice, but humans are no match for coral colonies that live for millennia with no signs of senescence. Organisms that do not age exist in a state in which chronologically old and young individuals are essentially identical, with universal stem cell populations constantly renewing their somatic and reproductive tissues.

Rather than being universal to all animals, the Weismann barrier appears to be a relatively recent innovation of complex organisms, evolving together with somatic aging and death. What drove the evolution of the separation between germline and soma is not clear, but the answer will also shed light on the origin of mortality in complex animals.

Cellular energetics behind the evolution of aging

There are signs that the evolution of both the germline and the mortal soma is related to cellular energetics.

Animal cells produce energy through respiration in their mitochondria—the organelles of bacterial origin that retain their own tiny genomes, distinct from the chromosomes housed within the nucleus. Each cell contains tens and hundreds of mitochondria, and each mitochondrion has several DNA molecules. This tiny genome regulates mitochondrial function; its integrity is crucial to cellular respiration, as defective mitochondrial genes often lead to debilitating diseases, neuromuscular degeneration and early death.

A large part of mitochondrial gene defects arise from random copying errors in imprecise DNA replication. As cells in a developing organism divide, their mitochondria replicate too, each time introducing new DNA mutations.

In our recent PLOS Biology article, we show that in organisms with fast mitochondrial defect accumulation, natural selection favors segregation of an isolated germline with a lower number of cell replication cycles, as it minimizes the damage to the energy-producing organelles that could potentially be transmitted to the next generation. If the pace of error accumulation is slow, however, the strict germline-soma barrier should not evolve.

Our model therefore suggests that “disposable” soma that gave rise to aging and mortality, has evolved as a strategy to maintain mitochondrial quality in complex organisms with multiple tissues and high energy requirements, in which mitochondrial defects accumulate relatively fast.

The frequency at which DNA copying errors arise (mutation rate) varies among animal groups, but this variation is strikingly consistent with the predictions of the new hypothesis.

Mutation rates in higher animals such as mammals, reptiles and birds are remarkably high, 10-50 times the error accumulation rates typical for genes in the nucleus. On the other hand, extremely slow mitochondrial mutation rates are characteristic of the most ancient animal groups and plants that are capable of clonal reproduction, regeneration and seemingly unlimited longevity, and, critically, do not have a strict distinction between the germline and soma.

We believe that the earliest-evolving animals developed and reproduced much like modern-day corals and sponges do: they were sessile filter feeders, had large populations of undifferentiated stem cells continuously producing both somatic and germ cells, and they could regenerate their body parts and reproduce clonally, for example, by separating groups of cells from their somatic tissues, like plants and hydrae do.

Thanks to their low mitochondrial mutation rates, they did not have a true soma and were virtually immortal.

But rising atmospheric oxygen levels at the boundary between the Ediacaran and Cambrian periods around 550 million years ago increased metabolic and physical activity in some primordial animal lineages and induced the shift from sessile filter-feeding to higher motility and predation. This must have increased the risk of defect accumulation in their mitochondrial genomes and drove the evolution of secluded and protected germline cells.

The separation of germline and soma enabled the evolution of the staggering complexity in higher animals, but also marked the origin of aging and death.

No longer restrained by the need to maintain immortality, somatic cells gained the power of virtually unrestricted differentiation into highly specialized tissues such as intestine, brain or skin.

Incidentally, the increase in atmospheric oxygen levels at the end of the Ediacaran coincides with the sudden appearance of diverse and complex animal body plans in the fossil record—the so called Cambrian Explosion, that is believed to have given rise to most modern complex animal classes.

A consequence of increasing mitochondrial mutation rates, the strict Weismannian separation of germline and soma enabled the evolution of the staggering complexity in higher animals, but also marked the origin of aging and death.

Only in complex animals do we see disposable tissues with high energy requirements that accumulate high levels of mitochondrial defects but are no longer renewed or regenerated. Neural cells within the human brain, for instance, are often the first ones to be affected by mitochondrial diseases, but are generally not replaced, as this would alter the network of synaptic connections that is ultimately responsible for our memories, personality and intelligence.

Animal complexity, strong somatic differentiation into many types of specialized tissues and organs, and even consciousness were all made possible by the strict germline-soma dichotomy, and so are intrinsically linked to mortality.

Longevity has long been the pursuit of humankind, and even though our life expectancy is currently on the rise, there is a limit to what is possible—immortality could be fundamentally incompatible with the biological complexity of animals with high-energy lifestyles.