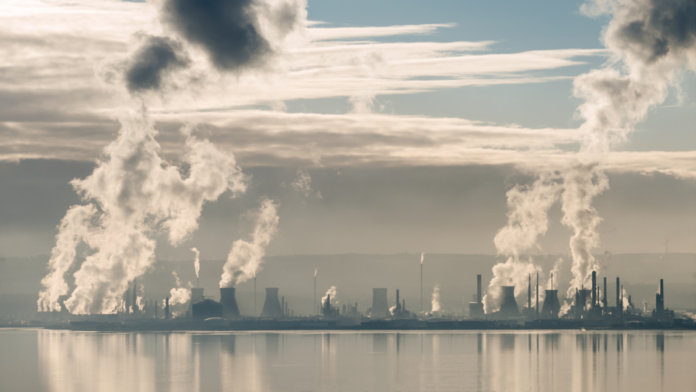 You don’t have to be a member of Greenpeace to see that the planet, its ecosystems and its wildlife are under threat. Climate change, deforestation, ocean acidification, pollution—the list of human-caused insults to the environment is long. It’s the classic problem of being unable to see the forest for the trees.

However, in the last few years, conservationists and others have turned to big data to get the big picture on environmental degradation, helping to wrangle answers to some of the globe’s most pressing problems. Big data, in this case, comes in various forms, from satellite images to global trade databases to social media postings.

For example, a paper published online earlier this month in Nature Ecology & Evolution shows that it is possible to calculate the environmental cost of that smartphone in your pocket. Researchers leveraged a global trade database—basically a high-resolution economic map of the world—to map a country-by-country threat to nearly 7,000 species.

“We use the IUCN threat cause [or causes] to link the threats to culpable industry,” explains Daniel Moran from the Norwegian University of Science and Technology and lead author on the paper, in an email to Singularity Hub. “Then, for each species, we use the species range map from IUCN. For each of the 187 countries, we build a footprints map. This map composites the ranges of each species in each supplier country, based on the unique product mix of each supplier to the target consumer country.”

The result is a map showing hotspots where species are under threat based on consumption by individual countries. For example, it turns out that the US footprint in Brazil is more intense in southern Brazil, where agriculture and grazing are extensive, than the Amazon basin, as one might assume.

Moran notes that his work with co-author Keiichiro Kanemoto from Shinshu University in Japan is the first to link the global supply chain to conservation issues. Next up for the researchers: “We would like to link with projects like Global Forest Watch and Global Fisheries Watch, which use satellite data to do real-time monitoring of forests and fisheries, and link that to trade data,” Moran says. “Then we could get a ‘live’ (or as close to it as possible) view of impacts on the planet and what supply chains are driving them.”

Another ongoing project is using big data analytics to test whether it’s feasible to use “human sensors”—posts from social media—to gauge the health of ecosystems when combined with other data sets. Specifically, researchers at the Griffith Institute for Tourism are trying to monitor environmental conditions at the Great Barrier Reef in real time using tweets from Twitter, in addition to meteorological data, tourism statistics, water quality reports, and coral cover, among other variables.

The approach uses sentiment analysis, applying AI techniques such as natural process learning and machine learning, to extract the relevant ecological information. Susanne Becken, director of the Griffith Institute for Tourism at Griffith University’s Gold Coast campus in Australia, says the program hopes to tap into other unstructured data sources, such as blogs and tourism Facebook pages, as the project moves forward.

“We are going to look at images in future analysis, as they actually contain more environmental information than text—especially when it is written by amateurs or unwitting citizens/tourists,” she says by email.

The usefulness of social media data is still up for debate, she notes. Only a small percentage of the tweets—more than 200,000 over a roughly seven-month period—were relevant. However, Becken says big data sets from social media might be more valuable in under-studied areas.

“Where there are limited resources for professional monitoring—for example, in developing countries, think Serengeti, Komodo National Park—the source of data from people’s ‘observations’ could be highly useful,” she explains. “While not of high quality, it might be better than nothing, and at the very least provide some form of ‘red flag’ or early warning system. That might then help to target investigations or monitoring missions.”

A more direct use of big data culled from voluntary citizen-scientists comes from the BirdCast program, which is assembling real-time forecasts of nocturnal bird migrations across North America for about 400 species.

Direct observations of migrations at night, when millions of birds are aloft, are difficult. But understanding the behavior will help aid conservation efforts, BirdCast scientists say, by informing decisions on where to place wind turbines or identify nights on which lighting tall buildings could prevent the deaths of millions of birds. In the bigger picture, models of bird migrations will help scientists study the effects of climate change on different species.

The data core of the project is eBird, an online program launched in 2002 by the Cornell Lab of Ornithology and National Audubon Society. eBird collects observations from birders, providing a rich amount of information about bird abundance and distribution across time and space. More than 100 million observations have been recorded so far, according to the BirdCast website.In addition, flight calls made by nocturnally migrating birds are captured by acoustic monitoring stations to identify specific species. Weather radar data help detect clouds of birds at night. Machine-learning techniques combine these data and eBird observations to create models for predicting bird behavior, identifying the factors that influence when they take flight and their choice of

In addition, flight calls made by nocturnally migrating birds are captured by acoustic monitoring stations to identify specific species. Weather radar data help detect clouds of birds at night. Machine-learning techniques combine these data and eBird observations to create models for predicting bird behavior, identifying the factors that influence when they take flight and their choice of flight path.

It’s impossible to list all the uses of big data in conservation, but here are a few more of our favorites found on the web: