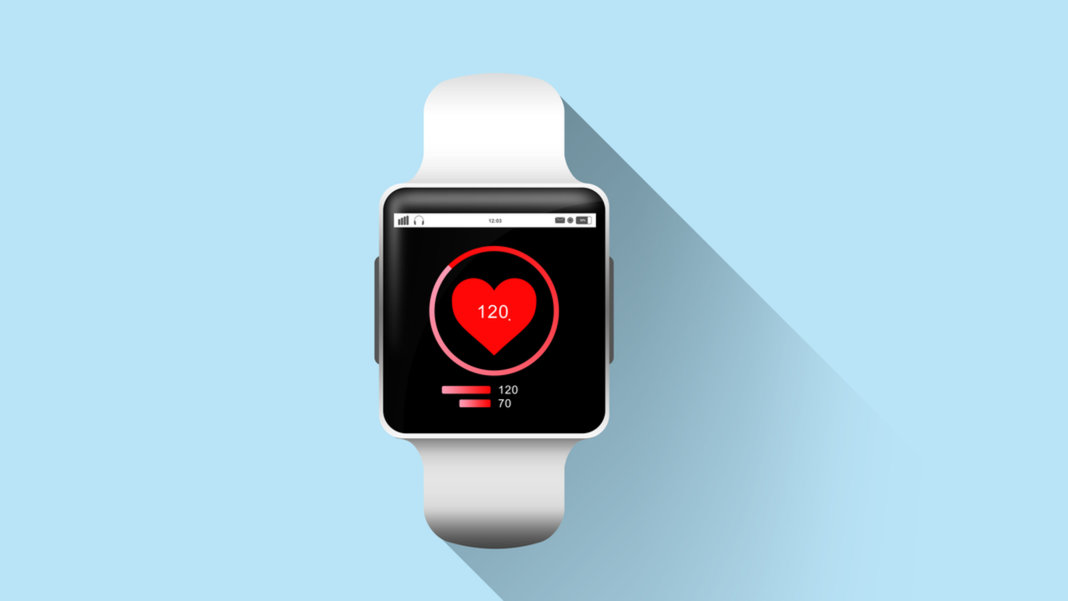 Feeling run down? Have a case of the sniffles? Maybe you should have paid more attention to your smartwatch.

No, that’s not the pitch line for a new commercial peddling wearable technology, though no doubt a few companies will be interested in the latest research published in PLOS Biology for the next advertising campaign. It turns out that some of the data logged by our personal tracking devices regarding health—heart rate, skin temperature, even oxygen saturation—appear useful for detecting the onset of illness.

“We think we can pick up the earliest stages when people get sick,” says Michael Snyder, a professor and chair of genetics at Stanford University and senior author of the study, “Digital Health: Tracking Physiomes and Activity Using Wearable Biosensors Reveals Useful Health-Related Information.”

Snyder said his team was surprised that the wearables were so effective in detecting the start of the flu, or even Lyme disease, but in hindsight the results make sense: Wearables that track different parameters such as heart rate continuously monitor each vital sign, producing a dense set of data against which aberrations stand out even in the least sensitive wearables.

“[Wearables are] pretty powerful because they’re a continuous measurement of these things,” notes Snyder during an interview with Singularity Hub.

The researchers collected data for up to 24 months on a small study group, which included Snyder himself. Known as Participant #1 in the paper, Snyder benefited from the study when the wearable devices detected marked changes in his heart rate and skin temperature from his normal baseline. A test about two weeks later confirmed he had contracted Lyme disease.

In fact, during the nearly two years while he was monitored, the wearables detected 11 periods with elevated heart rate, corresponding to each instance of illness Snyder experienced during that time. It also detected anomalies on four occasions when Snyder was not feeling ill.

An expert in genomics, Snyder said his team was interested in looking at the effectiveness of wearables technology to detect illness as part of a broader interest in personalized medicine.

“Everybody’s baseline is different, and these devices are very good at characterizing individual baselines,” Snyder says. “I think medicine is going to go from reactive—measuring people after they get sick—to proactive: predicting these risks.”

That’s essentially what genomics is all about: trying to catch disease early, he notes. “I think these devices are set up for that,” Snyder says.

The cost savings could be substantial if a better preventive strategy for healthcare can be found. A landmark report in 2012 from the Cochrane Collaboration, an international group of medical researchers, analyzed 14 large trials with more than 182,000 people. The findings: Routine checkups are basically a waste of time. They did little to lower the risk of serious illness or premature death. A news story in Reuters estimated that the US spends about $8 billion a year in annual physicals.

The study also found that wearables have the potential to detect individuals at risk for Type 2 diabetes. Snyder and his co-authors argue that biosensors could be developed to detect variations in heart rate patterns, which tend to differ for those experiencing insulin resistance.

Finally, the researchers also noted that wearables capable of tracking blood oxygenation provided additional insights into physiological changes caused by flying. While a drop in blood oxygenation during flight due to changes in cabin pressure is a well-known medical fact, the wearables recorded a drop in levels during most of the flight, which was not known before. The paper also suggested that lower oxygen in the blood is associated with feelings of fatigue.

Speaking while en route to the airport for yet another fatigue-causing flight, Snyder is still tracking his vital signs today. He hopes to continue the project by improving on the software his team originally developed to detect deviations from baseline health and sense when people are becoming sick.

In addition, Snyder says his lab plans to make the software work on all smart wearable devices, and eventually develop an app for users.

“I think [wearables] will be the wave of the future for collecting a lot of health-related information. It’s a very inexpensive way to get very dense data about your health that you can’t get in other ways,” he says. “I do see a world where you go to the doctor and they’ve downloaded your data. They’ll be able to see if you’ve been exercising, for example.

“It will be very complementary to how healthcare currently works.”