Our Health Data Can Save Lives, But We Have to Be Willing to Share 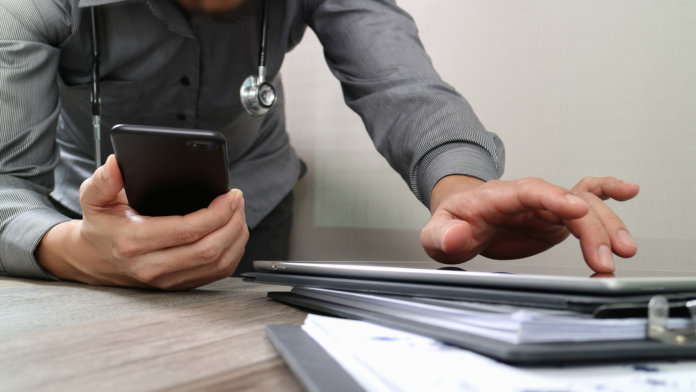 Organ donation has saved countless lives, but could donating our personal data have an even more transformative impact on healthcare?

The potential impact of Big Data and machine learning on healthcare is only just beginning to become apparent. Barely a month goes by without researchers unveiling algorithms giving human doctors a run for their money at diagnostic challenges like detecting skin cancer or identifying congenital cataracts.

The approach is particularly powerful for rare diseases. Human experts are only likely to have seen a handful of cases, which makes it hard for them to notice patterns. But a machine can churn through every historical case report to pick up the subtle cues.

This ability to identify patterns in the huge amount of data held in personal medical records and lifestyle data collected by wearables and apps—like daily exercise levels, calorie intake and alcohol consumption—could not only help catch disease early, but also help personalize healthcare.

It’s well known that certain treatments work better for some patients than others. If everyone’s health data was easily accessible—especially their genomic data—it would be much easier for doctors to identify which treatments work on specific groups of patients and tailor treatments to individuals.

The same process could also supercharge the pharmaceutical R&D process and academic research into disease. Being able to target specific groups of patients to enroll in medical trials based on everything from their genetic information to their social media feed could allow smaller, shorter, cheaper and more focused drug trials. Live data streams could also enable trials to be monitored in real time.

At present, though, understandable concerns around privacy and security mean it’s often tough to get hold of this kind of data. A report by Reuters found that medical information is worth ten times more on the black market than credit card details. Information about someone’s health can be particularly embarrassing as well, so it’s no surprise there are stringent regulations about handling health data.

While it is possible to anonymize data, it’s perfectly possible to deanonymize it too. Many of the most transformative uses of healthcare also don’t allow for the data to be anonymized–there’s no point in identifying the perfect medical trial candidate if you can’t contact them.

So while more than 80 percent of US hospitals and doctors have an electronic medical record (EMR) system, ultimately few research projects take advantage of this wealth of data because of the huge amounts of red tape surrounding patient consent.

This has resulted in a growing push to encourage patients to donate their data for the public good. The Personal Genome Project aggregates donated genome, health, and trait data, while Open Humans allows people to share data from everything from wearables to health apps with projects of their choice. Both are run by the Open Humans Foundation.

PatientsLikeMe lets people connect with others suffering similar problems to them for support and health advice, but it also offers researchers real-time patient generated data on disease progression and treatment efficacy. Others have suggested a model closer to organ donation to encourage people to donate their medical records after their death.

Encouraging widespread adoption of data donation faces significant hurdles though, not least how to incentivize donors to come forward. Datadonors, another service that sought to aggregate donated health data, closed in December after failing to attract enough users. Founder Dani Nofal told me they focused too much on the back end and too little on communication, but the source code is on GitHub and he hopes someone else can take the idea forward.

A study by researchers from the University of Nottingham found that while many were motivated to donate their data on the basis of helping others, the possibility of benefiting themselves was also a significant driver for some. This suggests proponents should seek to explain the beneficial knock-on effects of sharing your data.

People also need to feel safe sharing their data, according to a report in The Association for Computing Machinery Interactions magazine, which means giving them control over how their data is used and by whom. In addition, most research proposals require informed consent to pass ethics reviews. Using data from apps and online services where users simply tick a box to accept terms and conditions is unlikely to meet this requirement.

There is a technical challenge too—open healthcare databases are only useful if they are easily accessible and their data is in a usable format. That is going to require open, standardized application programming interfaces (APIs) of the kind championed by the tech industry that would provide access to the information needed to come up with innovative new solutions to healthcare problems.

If successful, this kind of open access could finally put the enormous wealth of healthcare data to good use. Not only could it accelerate biomedical research and help doctors and patients make more informed decisions about their treatment, it will also open healthcare up to software developers who can bring new approaches to solving some of medicine’s most intractable problems.