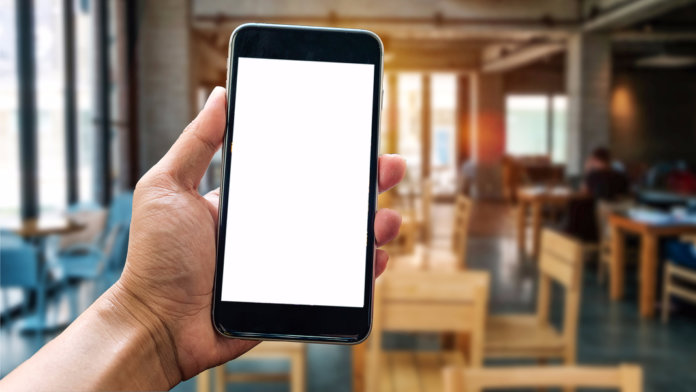 Go to any airport and you’ll see wearied travelers huddled around outlets leeching out precious electricity to feed their devices. They aren’t alone in their need for power. With more than 3 billion smartphones alone in circulation in 2016, more people are experiencing the frustration of a phone dying when you’re using maps in an unfamiliar area or just watching the latest viral video.

In response, consumers are increasingly calling for bigger, longer-lasting batteries so that they spend less time looking for anywhere to plug in.

But those days may be coming to an end, thanks to new technology from Disney Research. The company has developed a method for wireless power transmission where the only thing you have to do to charge your phone is be in a specially-designed room.

This means airport outlet mobbing may soon be nothing but an unpleasant memory.

The new method, called quasistatic cavity resonance (QSCR, works by inducing electrical currents inside a room where the walls, floor and ceiling have been metalized. The electrical currents permeate the room with magnetic fields, enabling power to be transmitted to a device’s receiving coils operating at the same resonant frequency.

In the demonstration of QSCR detailed in their paper, researchers built a 16-by-16-foot room with aluminum walls, ceiling and floor bolted to an aluminum frame. The metal floor was covered with insulating carpet, and a capacitor-filled copper pole was placed in the center of the room. A spiral drive coil was used to stimulate the room.

They were able to safely transmit 1.9 kilowatts of power to a receiver at 90 percent efficiency—that’s equivalent to charging 320 phones at once.

As much as wireless charging sounds appealing, concerns about the health risks of electromagnetic fields abound. During their simulations, researchers tracked Specific Absorption Rate, which measures how much power is absorbed by biological tissue, and ensured the value stayed at or below an established threshold.

Though the research is still in early stages, researchers predict they’ll eventually be able to reduce the need for fully-metalized rooms, perhaps by retrofitting existing structures with modular panels or conductive paint. Larger spaces could be accommodated by using multiple copper poles.

Besides making our day-to-day lives easier, QSCR could accelerate the progress of electronic devices by reducing our dependence on batteries.

Many of us probably don’t realize that the devices we are carrying around in our purses and pockets are basically big batteries with a chip and a screen attached to them. For an iPhone 7, for example, the battery alone takes up two-thirds of the length, over half the width, and a fifth of the total weight. Our phones are essentially designed around the battery, thus power is a major limiting factor for smartphone technology as a whole.

But what if our devices didn’t need big batteries? How would that change their weight, their design, and their capabilities? Rather than being designed for the battery’s sake, they could be designed for the engagement we want.

Augmented reality and virtual reality, for example, are power-hungry apps that would be much more feasible to use on our phones if power wasn’t an issue (just ask Pokemon Go players). Imagine if you could have a phone for heavy duty data visualizations.  Or how about having triple or quadruple the amount of storage space?

Beyond our phones, think of the other power-hungry devices like quadcopters or Google glass that suddenly could have new designs with continuous usage through wireless charging.

Solving the power problem, then, is just the first step—deciding what to do with all that extra space will follow close behind.