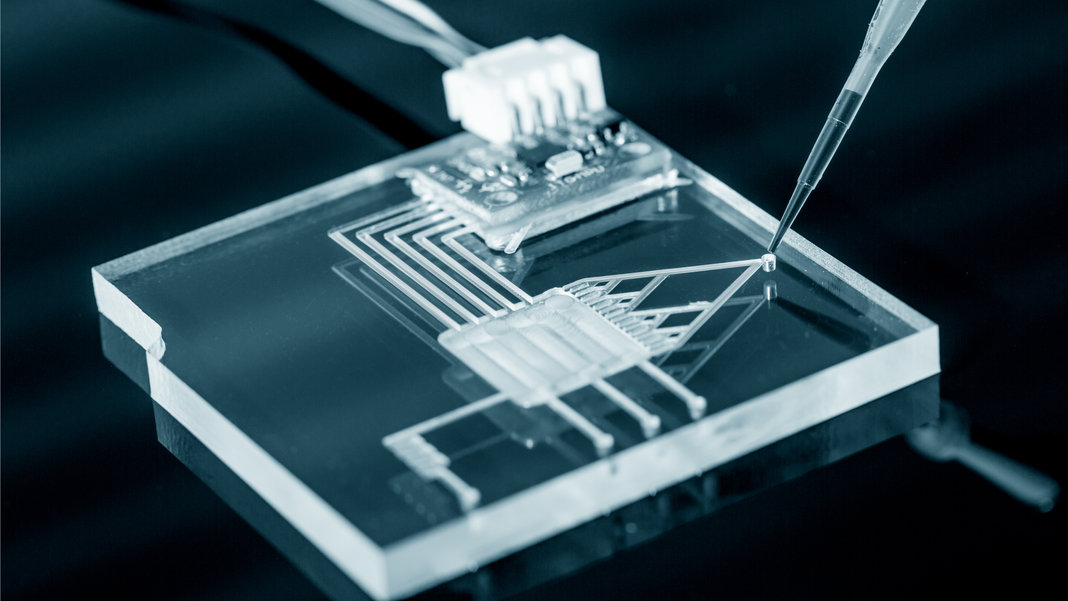 Any sufficiently advanced technology is indistinguishable from magic.

Medical diagnostics often feels like magic to me. With just a few drops of blood, doctors can quickly decipher a patient’s general health status—are biomarker levels in range? Are there telltale signs of infection? Are the patient’s cells healthy, or have some quietly mutated into cancerous time bombs?

Behind that magical facade, however, diagnostics lives and breathes technology. Most lab tests rely heavily on specialized machinery and teams of technicians to ensure they’re done safely and correctly. It’s a pricey endeavor: even the most basic equipment—a centrifuge that separates different components of the blood, for example—can cost several thousands of dollars, a price tag far beyond what developing countries can afford.

Without access to cheaper options, many countries stricken by HIV or malaria are severely handicapped in their battles against insurgent epidemics. For them, modern diagnostics might as well be magic.

Now, a team of Stanford engineers has figured out a cheaper alternative. A study published in Proceedings of the National Academy of Sciences describes a small, reusable microchip that can diagnose multiple diseases.

Here’s the kicker: each chip is made by standard inkjet printing, requires just 20 minutes to assemble, and the cost? A single penny.

“To the best of our knowledge, such a platform with similar functionalities, cost and advantages has not yet been reported,” the team, led by Dr. Ronald Davis, concluded in their paper.

“[This] is really a breakthrough,” says Dr. Eric Topol at the Scripps Translational Science Institute (not involved in the study). “And I don’t use that word too liberally.”

Diagnostics: from physical labs to lab-on-a-chip

When a disease like HIV or malaria strikes, not every cell in the body is infected. In order to get an accurate readout, scientists often first try to isolate the culprit cells.

Since diseased cells are usually a much smaller population than healthy cells, scientists often need to tag them with a special marker in order for the machines to reliably pick them out—kind of like sticking a reflective sticker on a night-time cyclist for more visibility. This step is long and tough: not all target cells get tagged with the marker, and sometimes the marker itself can change the properties of a cell, which disrupts subsequent readouts.

About 15 years ago, scientists began exploring the possibility of simplifying—and miniaturizing—the whole process. Most cells and biomolecules have distinctive properties—size, shape, density and electronic charges, to name a few. Exploiting these properties, scientists made dozens of specialized sensors that only capture bioparticles with a particular property.

When combined with microfluidics, a technology that deals with small amounts of liquid, the sensors were about to isolate blood cells, sequester bacteria, or grab onto various proteins and DNA molecules from droplets of blood and other biological samples—and the first lab-on-a-chip devices were born.

Almost immediately, global health advocates realized the potential of these portable diagnostic wonders for helping poor, developing countries. But they were tough to make.

To circumvent these problems, Davis’s team turned to a surprising manufacturing device: an ink-jet printer, similar to the one you probably have at your workplace.

The new chip, dubbed FINP chip, is a modular, three-layered sandwich: the top reusable layer is made of commercially available conductive particles directly printed onto a flexible polyethylene sheet. The bottom layer is a disposable silicone chamber designed to hold biological fluids. A thin insulating barrier separates the top electronics from the chamber.

Making the chip is an easy two-step process.

First, users can use any vector-drawing software—for example, Adobe Illustrator—to draw a customized electronic configuration. Because different configurations can be used for different diagnostic purposes, this step tailors the chip to a user’s exact needs.

Next, using any inkjet printer, the drawn electronic pattern is printed onto a cheap, plastic-like sheet, and plopped onto single-use chambers that can be supplied to the user in bulk.

Just like 3D printing, these designs may eventually be downloadable, allowing anyone with a printer to produce their own biochips when needed.

Similar to previous microchips, the FINP chip isolates cells and biomolecules based on their intrinsic electrical properties. As proof-of-concept, the team designed a chip with two types of chambers: one that isolates cells, and one that analyzes them. They then ran the device through a series of experiments to validate the chip.

In one test, the team showed that the device could efficiently capture breast cancer cells from a fluid sample. Similar to most biomolecules like proteins and DNA, cancer cells have a unique surface charge. By manipulating the electronic field, researchers were able to steer the cancer cells toward a specific chamber on the chip and trap them there, away from all the other cell types.

Since the ability to pick out rare circulating tumor cells can increase our understanding of cancer metastasis, the device could help us detect early spread and potentially save lives, especially in developing countries, the authors explain.

In another experiment, the team wanted to see if the chip could be used to accurately count the number of cells in a given sample. Immune cell counts are often used to diagnose infectious diseases like tuberculosis and malaria, and traditionally done with a technique called flow cytometry that can cost $100,000 for the equipment alone. The penny chip performed just as well.

The FNIP chip is the latest win for frugal science—a field that’s bringing cheap, portable and reliable tools to doctors anywhere in the world.

You’ve probably heard of some previous designs: a foldable microscope that costs just 50 cents, or a paper centrifuge that doesn’t require electricity.

Davis and his team are now working hard to get their chip ready for commercialization.

“Any platform for diagnostics or other biomedical applications must go through several testing, validation and optimization paths before commercialization, and we’ll take and follow it very seriously,” says Esfandyarpour.

But the team is optimistic that their device can make a difference.

“[We believe] this work will enable greater individual access to… diagnostic applications in resource-poor and developing countries,” says Davis.