Are These Giant Neurons the Seat Of Consciousness in the Brain? 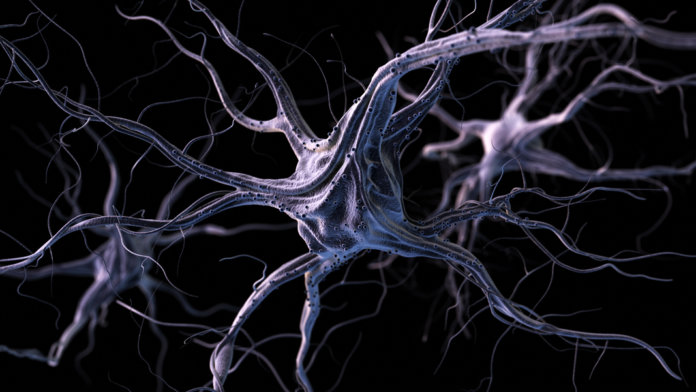 The towering trees with their sprawling branches in the redwood forests have always reminded me of neurons in the brain.

Like trees, each neuron extends out tortuous, delicate branches in a quest to make contact with others in its ecosystem. By communicating through thousands of contact points—synapses—dotted along their branches, neurons coordinate their activation patterns across the brain. In this way, bits and pieces of information integrate into unified experiences that are our memories, feelings and awareness of the world.

In other words, the secret of conscious thought may lie in the connections of neuronal trees.

In the 140 years of mapping neuronal projection, scientists have seen it all: stubby ones, lopsided ones, and shockingly long branches that thread all the way from the back of the head, the brainstem, to the very front.

But the brain has more surprises in store.

This week at the BRAIN Initiative meeting in Maryland, Dr. Christof Koch, the president of the Allen Institute of Brain Science based in Seattle, announced the discovery of three neurons with branches that extensively span both hemispheres of the brain.

Incredibly, these neurons sit in the claustrum, a mysterious, thin sheet of cells that Koch believes is the seat of consciousness. Among the three, the largest neuron wrapped around the entire circumference of the mouse brain like a “crown of thorns”—something never seen before.

“A single neuron, projecting across the entire cortex! Absolutely astonishing!” Koch exclaimed during his talk.

These results are the latest to come out of a national, concerted effort to map the projections of individual neurons throughout the entire brain.

To hook up or troubleshoot electronic systems, the first step is to dig up their wiring diagrams. The same principle holds for deciphering the brain.

Since information processing in neurons is deeply rooted in their structure, scientists believe that building a map of these connections can eventually help us crack the neural code—that is, the electrochemical language in which neurons talk to one another.

It’s a behemoth of a task.

The brain has billions of neurons, including thousands of cell types connected into circuits by trillions of synapses. To trace neuronal projections, scientists generally inject a virus or a dye into a single neuron, and wait for the labeling agent to travel down the projections.

Scientists then thinly cut the brain, image each section under the microscope and manually trace the dye or virus. It’s slow, it’s tedious and scaling the process to the entire brain is completely unfathomable.

To automate the process, Koch and his collaborator Dr. Qingming Luo at Huazhong University of Science and Technology in China devised a method that slices and images the brain continuously.

The team focused on neurons in the claustrum, “a beautiful part of the brain that doesn’t get enough recognition,” jokes Koch.

They engineered a line of transgenetic mice so that a drug activates a gene in the brain that produces a green florescent protein. Under UV light, neurons labeled with this protein glow a brilliant green, allowing them to pop out from the dark background.

The researchers then carefully fed the mice a small amount of the drug so that only a few neurons were able to switch on the genes. This is a good thing, since a sea of glowing, intertwined neurons would make it impossible to tease out individual projection trees.

The scientists then embedded the brain in a Jello-like substance, and took an image of the top surface of the brain with a microscope. Next, they used a diamond blade to precisely slice off an ultra-thin layer of tissue, and imaged the next layer. After about 10,000 cycles, the resulting images were stitched back up to digitally recreate, in 3D, the three glowing cells.

“This technique allows us to gain structural information…with uniform precision and high resolution for the individual whole brain,” says Luo in an email to Singularity Hub, “Our technique is revealing more and more curious structures of neurons and circuits.”

The fact that the cells were found in the claustrum is perhaps not that surprising.

The enigmatic claustrum is a thin, irregularly-shaped sheet of cells tucked away under the cortex. The nondescript brain region caught Koch’s eye when imaging studies showed that it may be the most connected structure in the brain, based on volume.

“[Looking] at the white matter fibers coursing to and from the claustrum reveal that it is a neural Grand Central Station. Almost every region of the cortex sends fibers to the claustrum,” explains Koch.

And according to Koch, connection is the secret sauce for consciousness.

Virtually all scholars agree that the defining characteristic of any subjective experience, once it reaches the consciousness level, is that it’s unified, he says.

When you look at the face of a loved one, for example, brain regions that support sight, smell, memories and emotions all activate individually, and these pieces of information—both external and internal perception—integrate into a unified conscious experience.

The claustrum, given its massive connections, may be coordinating the inputs and outputs like a “conductor of consciousness,” says Koch.

Koch’s theory is hard to prove, though a medical case in 2014 gives it tangential support.

While stimulating various brain regions of an alert epileptic woman to identify the source of her seizures, neurosurgeons zapped the nerve bundles near the claustrum, and the woman became unresponsive.

She stopped reading, stared blankly into space, didn’t respond to auditory and visual commands and slowed her breathing, the team reported at the time. As soon as stimulation stopped, the woman restarted all activities, without any memory of the event. The neurosurgeons repeated the test over two days, and 10 out of 10 times the same thing happened.

To Koch, the finding that neurons in the claustrum project so extensively across the brain further adds evidence for his theory.

“This really supports, or is at least compatible, with the idea that Francis Crick and I wrote about in terms of the involvement of the claustrum in consciousness,” he says.

According to an email from the Allen Institute to Singularity Hub, the team is in the process of packaging up their results into a scientific manuscript, and details of the technique will be released to scientists around the world.

Other neuroscientists are more hesitant to link claustrum neurons to consciousness, but applaud Koch and Luo’s new imaging technique.

According to Yuste, the technology could help scientists better identify different cell types in the brain based on morphology. The 3D reconstructions can then be compared to other datasets, such as gene expression patterns, to better understand the different neuron populations—and how they interact—in our brains.

As for Koch, he plans to keep mapping neurons in the claustrum, although the technology is currently still too expensive to reconstruct the entire brain region. The team is also looking at ways to further develop the technique, so that it can image multiple neurons in multiple brain regions at the same time.

Bit by bit, the goal is to reconstruct the entire brain, says Koch.

If the brain is a language, we’re still learning the alphabet, remarks Yuste. But every characterization of every single neuron brings us closer to identifying key components of neural networks that control our thoughts, feelings, behavior, and yes—maybe even consciousness.