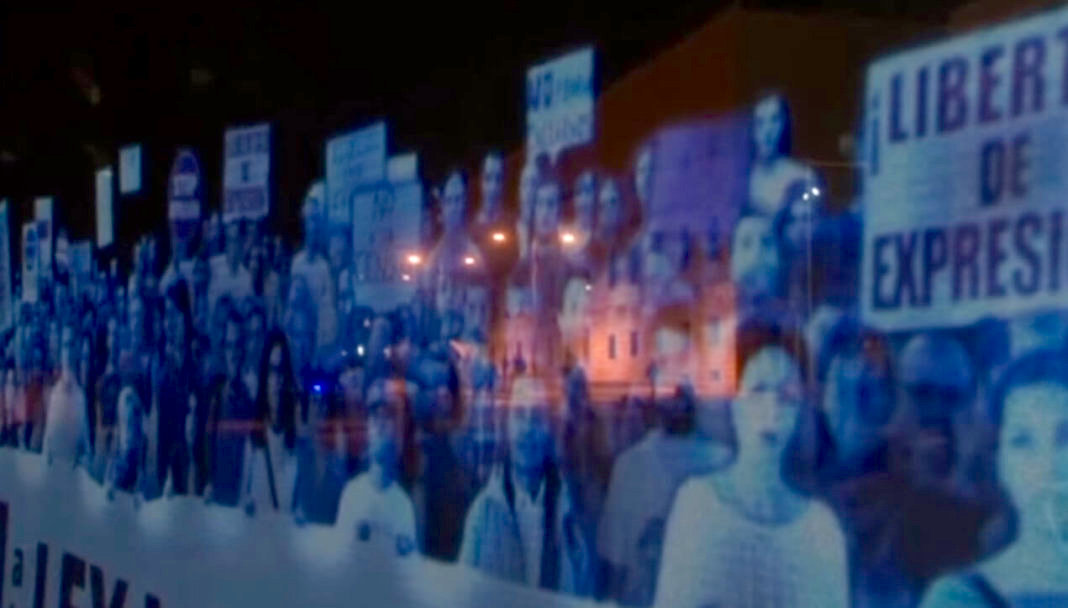 If you think augmented reality is only fun and games, consider that we’ve already witnessed the first known police action taken against hologram technology. During the summer of 2015, a performance by controversial gangster-rapper, Keith Cozart, was shut down when local police discovered the musician was broadcast as a hologram into a benefit concert in Indiana—close to the border of his home state of Illinois.

Cozart, who goes by the stage name “Chief Keef,” is from a rough neighborhood in Chicago, and has ties to local gangs as well as a criminal record including felony gun charges. His music, which glamorizes a gang lifestyle and violence, has prompted public officials—including Chicago mayor Rahm Emanuel—to pressure music festivals to avoid inviting Cozart because they say it poses a “significant public safety risk.”

Due to outstanding warrants for his arrest, Cozart can’t even return to Chicago, and so unable to perform in the area, he took the innovative approach of performing from California, but as a hologram beamed into the Indiana music festival. But even that was too much for police, and the performance was immediately stopped.

The Chief Keef incident signals the beginning of more issues to come. Regulating the free movement of augmented reality and hologram technology will be an increasingly painful headache for police forces and city officials going forward.

Insubordinate holograms have been used in a far more political fashion as well. Two years ago, the Spanish government passed what has become known as the “gag law”—rules aimed at restricting protesters from convening outside government buildings. Demonstrators hoping to voice their dissent for the legislation staged the world’s first hologram protest as a way to circumnavigate the rules. To pull off the stunt, the protesters hired a production company to film marchers walking along a street at another location and then projected that footage as a hologram on top of a translucent fabric which was constructed outside the buildings.

The fact that holograms give the user a special kind of telepresence, one with a full 3D rendering in physical space, means they could be used in increasingly clever ways. Imagine an exiled and controversial figure able to give public speeches in front of large crowds. Edward Snowden, for example, could one day graduate from his robot body and appear on stage or in larger public venues—and I’m sure there are more than a few political and military personnel who might seek to legislate that possibility away.

It isn’t just holograms that are causing turmoil. Location-based augmented reality experiences create issues since they cause real people to move around real places in new and unpredictable ways. More than a few Pokemon Go flash mobs disrupted cities around the world during last summer’s frenzy.

Niantic, the company behind the game, had to remove in-game locations from the Holocaust Museum and Hiroshima memorial, showcasing just how important it is to create divisions between parts of reality and these new digital worlds. In the Netherlands, the government is taking Niantic to court over the fact that thousands of players were drawn to protected areas, damaging some of the land.

Public officials in the United States are now responding to these sorts of issues as well. Last year, a state representative in Illinois proposed a bill nicknamed “Pidgey’s Law,” which would require companies like Niantic to remove in-game locations at the request of property owners.

More recently, the city of Milwaukee passed an ordinance requiring that games like Pokemon Go obtain permits to use their land as locations inside the game after players left piles of trash in a public park. In China, they have gone so far as to ban the game entirely, citing threats to consumer safety and questions about the use of player’s geographic data

The United States Congress is already beginning to ask interesting questions in the name of finding ways to protect consumers from the perils of augmented reality, including whether hackers might one day be able to edit our reality in weird and nefarious ways. Legislators will also need to explore the ways in which telepresence holograms and location-based experiences can be permitted to navigate the world.

The promise of augmented reality is that it will transform our relationship to the physical world—where we go, what we do there, and why we do it—all without changing a single thing about our real-world infrastructure. That’s an incredibly disruptive implication of the technology, but it will also prove to bring about some very real problems.

We can already see the challenges still to come, and going forward we’re going to need protocols and policies that regulate augmented reality in order to maintain our real-world peace of mind.