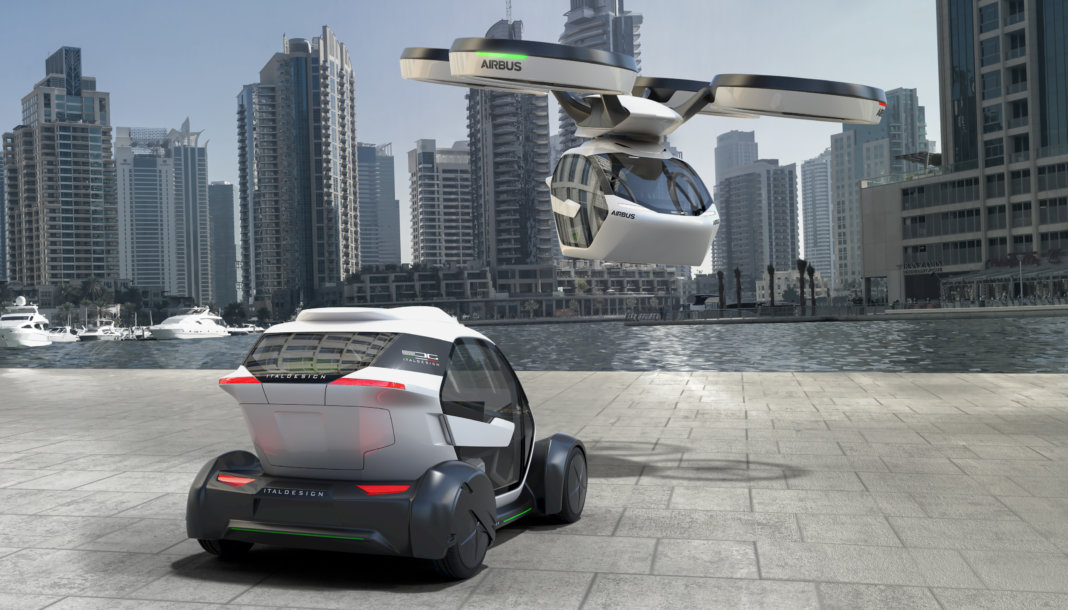 Airbus Swears Its Pod/Car/Drone Is a Serious Idea Definitively
Jack Stewart | WIRED
“Airbus came up with a crazy idea to change all of that with Pop.Up, a conceptual two-passenger pod that clips to a set of wheels, hangs under a quadcopter, links with others to create a train, and even zips through a hyperloop tube…As humans pack into increasingly dense global mega-cities, they’ll need new ideas for transport to avoid gridlock.”

How This Japanese Robotics Master Is Building Better, More Human Androids
Harry McCracken | Fast Company
“On the tech side, making a robot look and behave like a person involves everything from electronics to the silicone Ishiguro’s team uses to simulate skin. ‘We have a technology to precisely control pneumatic actuators,’ he says, noting, as an example of what they need to re-create, that ‘the human shoulder has four degrees of freedom.'”

A Virtual Version of You That Can Visit Many VR Worlds
Rachel Metz | MIT Technology Review
“The Ready Room demo lets you choose your avatar’s gender, pick from two different body types (both somewhat cartoony), adjust a range of body traits like skin hue, weight, and head shape, and dial in such specific things as the shapes and spacing of eyes, nose, and lips. You can choose clothes, hairstyles, and sneakers, and you can keep a portfolio of the same avatar in different outfits or make several different ones.”

A New Bill Would Allow Employers to See Your Genetic Information—Unless You Pay a Fine
Julia Belluz | VOX
“Now this new bill, HR 1313—or the Preserving Employee Wellness Programs Act—seeks to clarify exactly how much personal health data employers can ask their employees to disclose. And in doing so, the bill also opens the door to employers requesting information from personal genetics tests or family medical histories. Unsurprisingly, HR 1313 has captured the media’s imagination. Vanity Fair suggested the bill ‘could make one sci-fi dystopia a reality.'”

Intel Buys Mobileye in $15.3 Billion Bid to Lead Self-Driving Car Market
Mark Scott | The New York Times
“Mobileye, founded in Jerusalem in 1999, has signed deals with several automakers, including Audi, for the use of its vision and camera technology, which uses machine learning and complex neuroscience to help drivers—and increasingly cars themselves—avoid obstacles on the road.”