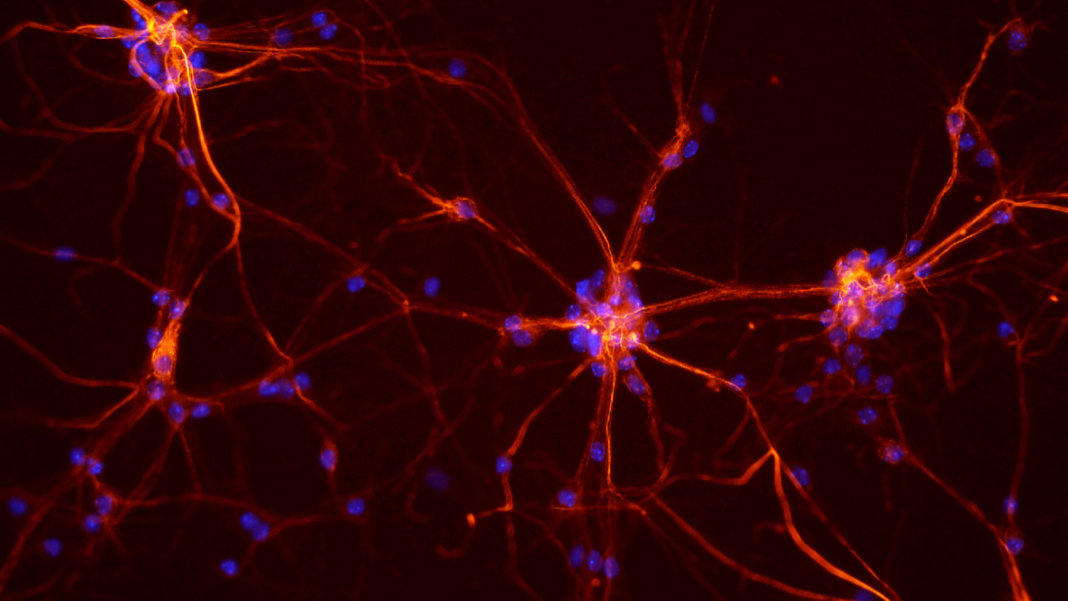 If you’ve ever played around with an old music amplifier, you probably know what a firing neuron sounds like.

A sudden burst of static? Check. A rapid string of pops, like hundreds of bursting balloons? Check. A rough, scratchy bzzzz that unexpectedly assaults your ears? Check again.

Neuroscientists have long used an impressive library of tools to eavesdrop on the electrical chattering of neurons in lab animals. Like linguists deciphering an alien communication, scientists carefully dissect the patterns of neural firing to try to distill the grammatical rules of the brain—the “neural code.”

By cracking the code, we may be able to emulate the way neurons communicate, potentially leading to powerful computers that work like the brain.

It’s been a solid strategy. But as it turns out, scientists may have been only brushing the surface—and missing out on a huge part of the neural conversation.

Recently, a team from UCLA discovered a hidden layer of neural communication buried within the long, tortuous projections of neurons—the dendrites. Rather than acting as passive conductors of neuronal signals, as previously thought, the scientists discovered that dendrites actively generate their own spikes—five times larger and more frequently than the classic spikes stemming from neuronal bodies (dubbed “soma” in academic spheres).

“It’s like suddenly discovering that cables leading to your computer’s CPU can also process information—utterly bizarre, and somewhat controversial.”

“Knowing [dendrites] are much more active than the soma fundamentally changes the nature of our understanding of how the brain computes information,” says Dr. Mayank Mehta, who led the study.

These findings suggest that learning may be happening at the level of dendrites rather than neurons, using fundamentally different rules than previously thought, Mehta explained to Singularity Hub.

How has such a wealth of computational power previously escaped scientists’ watchful eyes?

Part of it is mainstream neuroscience theory. According to standard teachings, dendrites are passive cables that shuttle electrical signals to the neuronal body, where all the computation occurs. If the integrated signals reach a certain threshold, the cell body generates a sharp electrical current—a spike—that can be measured by sophisticated electronics and amplifiers. These cell body spikes are believed to be the basis of our cognitive abilities, so of course, neuroscientists have turned their focus to deciphering their meanings.

But recent studies in brain slices suggest that the story’s more complicated. When recording from dendrites on neurons in a dish, scientists noticed telltale signs that they may also generate spikes, independent of the cell body. It’s like suddenly discovering that cables leading to your computer’s CPU can also process information—utterly bizarre, and somewhat controversial.

Although these dendritic spikes (or “dendritic action potentials”) have been observed in slices and anesthetized animals, whether they occur in awake animals and contribute to behavior is an open question, explains the team in their paper.

To answer the question, the team decided to record from dendrites in animals going about their daily business. It’s a gigantic challenge: the average diameter of a dendrite is 100 times smaller than a single human hair—imagine trying to hit one with an electrode amongst a jungle of intertwined projections in the brain, without damaging anything else, while the animal is walking around!

Then there’s the actual recording aspect. Scientists usually carefully puncture the membrane with a sharp electrode to pick up signals from the cell body. Do the same to a delicate dendrite, and it shreds into tiny bits.

To get around all these issues, the UCLA team devised a method that allows them to place their electrode near, rather than inside, the dendrites of rats. After a slew of careful experiments to ensure that they were in fact picking up dendritic signals, the team finally had a tool to eavesdrop on their activity—and stream it live to computers—for the first time.

For four days straight, the team monitored their recordings while the rats ate, slept and navigated their way around a maze. The team implanted electrodes into a brain area that’s responsible for planning movements, called the posterior parietal cortex, and patiently waited for signs of chitchatting dendrites.

Overnight, signals appeared on the team’s computer monitor that looked like jagged ocean waves, with each protrusion signaling a spike. Not only were the dendrites firing off action potentials, they were doing so in droves. As the rats slept, the dendrites were chatting away, spiking five times more than the cell bodies from which they originate. When awake and exploring the maze, the firing rate jacked up to ten-fold.

What’s more, the dendrites were also “smart” in that they adapted their firing with time—a kind of plasticity that’s only been observed in neuronal bodies before. Since learning fundamentally relies on the ability to adapt and change, this suggests that the branches may potentially be able to “learn” on their own.

“Based purely on volume, because dendrites are 100 times larger than the cell body, it could mean that brains have 100 times more processing capacity than we previously thought.”

This semi-independence raises a tantalizing idea: that each dendritic branch can act as a computational unit and process information, much like the US states having their own governance that works in parallel with federal oversight.

Neuroscientists have always thought that learning happens when the cell body of two neurons “fire together, wire together.” But our results indicate that learning takes place when the input neuron and dendritic spike—rather than cell body spike—happen at the same time, says Mehta.

“This is a fundamentally different learning rule,” he adds.

What’s even stranger is how the dendrites managed their own activity. Neuron spikes—the cell body type—is often considered “all or none,” in that you either have an action potential or not.

Zero or one; purely digital.

While dendrites can fire digitally, in addition, they also generated large, graded fluctuations roughly twice as large as the spikes themselves.

“This large range…shows analog computation in the dendrite. This has never been seen before in any neural activity patterns,” says Mehta.

So if dendrites can compute, what are they calculating?

The answer seems to be the here and now. The team looked at how both cell body and dendrites behaved while the rats explored the maze. While the cell body shot off spikes in anticipation of a behavior—turning a corner, stopping or suddenly rushing forward—the dendrites seemed to perform their computations right when the animal does something.

“Our findings suggest [that] individual cortical neurons take information about the current state of the world, present in the dendrites, and form an anticipatory, predictive response at the soma,” explain the authors, adding that this type of computation is often seen in artificial neural network models.

The team plans to take their dendritic recordings to virtual reality in future studies, to understand how networks of neurons learn abstract concepts such as space and time.

The secret lives of neurons

What this study shows is that we’ve been underestimating the computational power of the brain, says Mehta. Based purely on volume, because dendrites are 100 times larger than the cell body, it could mean that brains have 100 times more processing capacity than we previously thought, at least for rats.

But that’s just a rough estimate. And no doubt the number will change as scientists dig even deeper into the nuances of how neurons function.

This hybrid digital-analog, dendrite-soma, duo-processor parallel computing “is a major departure from what neuroscientists have believed for about 60 years,” says Mehta. It’s like uncovering a secret life of neurons, he adds.

These findings could galvanize other fields that aim to emulate the brain, like artificial intelligence or engineering new kinds of neuron-like computer chips to dramatically boost their computational prowess.

And if repeated by other researchers in the field, our neuroscience textbooks are set with a massive overhaul.

Neurons will no longer be the basic computational unit of the brain—dendrites, with their strange analog-digital hybrid code, will take that throne.